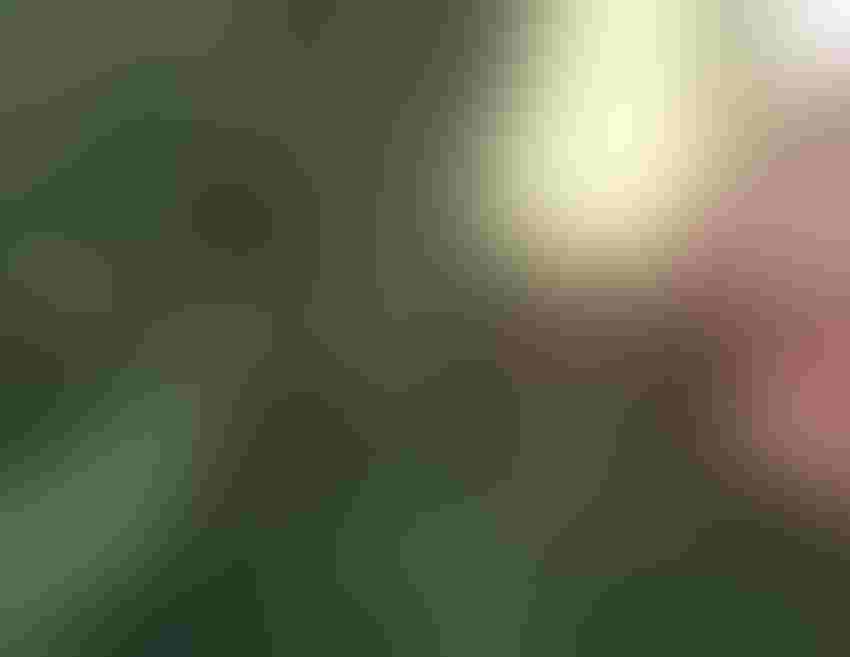 Soybean cyst nematodes infect soybean roots, where the pests mature into adults while feeding. The mature adult females become so large that they protrude from the infected roots and can be seen with the naked eye as white spheres on the root surface, as pictured here. They later on turn into brown cysts containing hundreds of eggs.

It was like putting together a jigsaw puzzle for which all the pieces are identical, but with only one solution.

Iowa State University researchers overcame the quirks of the soybean cyst nematode’s DNA to sequence its genome, paving the way for better management practices to combat the No. 1 pest that threatens Iowa soybeans. The research was published recently in the peer-reviewed journal BMC Genomics.

Soybean cyst nematodes are parasitic roundworms that infect the roots of soybeans and can devastate yields in infected fields. Nematode populations build up in fields and stay for years, meaning infested acres become a perennial management concern for farmers.

Crop breeders have studied genes in soybeans that can boost their resistance to the nematodes, but sequencing the nematode genome fills in important gaps in science’s understanding of these pests that had remained stubbornly blank for years, said Thomas Baum, senior author of the study and Charles F. Curtiss Distinguished Professor and chair of plant pathology and microbiology.

“Researchers look at resistance on the soybean side of the equation, but it’s been difficult getting comprehensive work done on the biology and virulence of the pest because a workable genome had not been available,” Baum said. “Our work is a giant step in enabling novel research.”

The genetics of the soybean cyst nematode present challenges that kept scientists from assembling the full genome for years. The research team sequenced the genome first by sequencing smaller portions and then piecing those portions together into the full genome.  About a third of the nematode’s 29,769 genes are repetitive, meaning many of the genes come in multiple copies, said Rick Masonbrink, an associate scientist in the ISU Office of Biotechnology and lead author of the study. The repetitive DNA greatly complicated the sequencing and assembly process, Masonbrink said.

Andrew Severin, a co-author of the study and manager of the ISU Genome Informatics Facility, likened it to a jigsaw puzzle of a blue sky in which all the pieces are identical in shape and color. It’s difficult to figure out how all those repetitive pieces fit together, Severin said. But a method known as long-read sequencing technology made it possible to assemble a high-quality genome.

“This helps us to understand the basic pathology of the worm,” Baum said. “Now we can see both sides of the arms race, both the offense and defense.”

Further enhancing the utility of the genome, the ISU team has made their research available in an open online database for other scientists to access.

Funding for the research was provided by the North Central Soybean Research Program and the National Science Foundation I/UCRC Center for Arthropod Management Technologies and its industry partners.

Source: Iowa State University, which is solely responsible for the information provided and is wholly owned by the source. Informa Business Media and all its subsidiaries are not responsible for any of the content contained in this information asset.