Producers with late-season sugarcane aphids may need to treat them one more time prior to harvest. 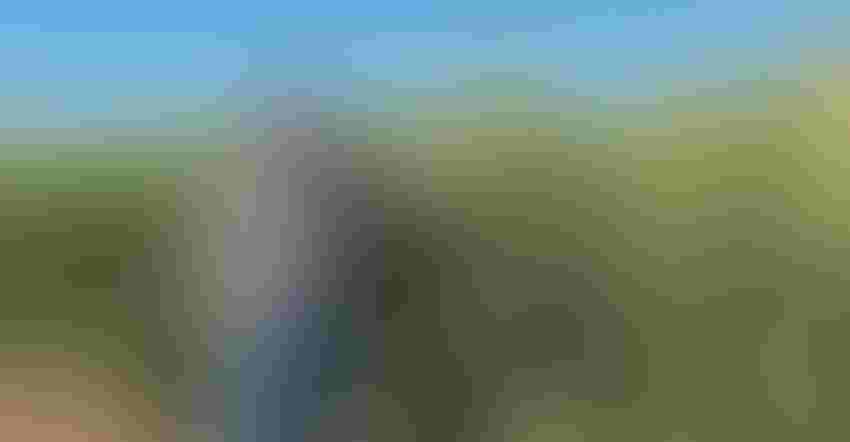 Texas Plains sorghum producers are in the final stretch of their season. While sugarcane aphid populations have mostly crashed, agronomist Brent Bean said in some cases, one more insecticide application may be necessary before harvest.

"If you have aphids late on a silage sorghum crop or a grain sorghum crop, you may need to put one more insecticide application on it to clean up aphids from a harvestability standpoint," says Bean, director of agronomy, United Sorghum Checkoff Program.

"You don't need to control aphids for a long time, so use the lowest labeled rate to knock the aphids back so you can clean up the honey dew and improve harvestablity."

The sugarcane aphid, now known as the sorghum aphid, was a scourge on grain sorghum a few years ago but “has not been a big issue.  A few producers have been spraying, a few more than last year."

Bean describes this year's infestations as spotty. “We’ve learned how to deal with aphids. We know what to watch for. If populations get to a certain level, we know when to spray. One application is usually enough. Sugarcane aphid is a pest we’ve learned how to live with. It’s not nearly as bad as it was when it first came on the scene. We have many tolerant varieties that have helped a lot, although we still may need to spray these occasionally.”

A popular insecticide, Sivanto Prime, has proven to be an effective tool for control. "A lot of people don't realize it, but Sivanto is approved for an in-furrow or at planting application. It's a good fit for silage sorghum more so than grain sorghum. And application at planting has been giving close to 80 days of control. That gets you a long way down the road." 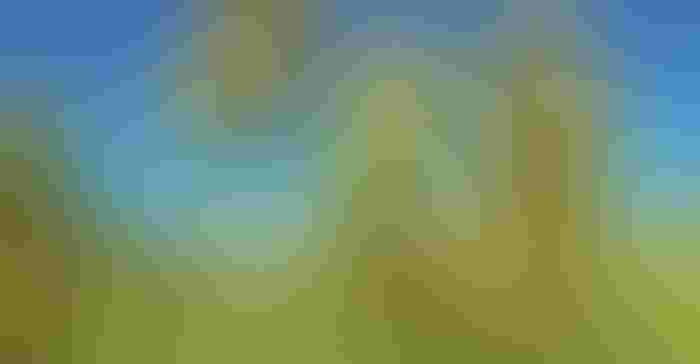 With grain sorghum, if there is an issue, Bean says, "it's easier to make a timely post application and get good coverage than it is in silage sorghum."

Yields will be down across the sorghum belt. "This is going to be the worst year on record for sorghum since 1974, total production," says National Sorghum Producers outgoing Chairman Kody Carson. "This is the second or third smallest crop since sorghum was hybridized."

In the Southwest, little rainfall, limited irrigation and this summer's heatwave have reduced yields. “Drought has been the main concern for sorghum this year,” Bean says. “Some fields are not worth harvesting. A lot of farmers have cut sorghum for hay. Some will make grain, but yields will be down.”

Irrigated sorghum looks better and some fields that got timely rain will make some grain, he adds.

“It’s been a tough year for all crops. Sorghum is fairly drought tolerant and can sit for a while and wait for rain but, it will eventually need rain.

"And we've certainly seen that this year. In a severe drought, there will be years where sorghum is not going to make it. But that being said, the one good thing about sorghum, maybe you didn't make grain, but you can always bale or even graze it. You can get something out of it. And then input costs are typically less, so you just don't have as much money into that crop."

Sorghum silage chopping has begun. In later-planted fields, Beans says if it doesn't rain, more irrigation may be required to finish the crop. "Make sure it has decent moisture underneath it."

Physiological maturity occurs when all the starch has accumulated in the grain. "At this point, the grain moisture is typically around 25% to 30%. You've still got to allow the grain to dry down before you can harvest it. Depending on the weather, generally, the grain dries down 0.5 to 0.75 percentage points a day."

“Sorghum produces a good root system and leaves a lot of residue on the soil surface. That will be important as we go forward with more sustainable practices.”

He says farmers can use sorghum in a rotation with cotton in some regions, soybeans in others.

“Typically, yields for both crops are high in rotation,” Bean says.

Sorghum is especially important in dry years. “Any year when we go into spring and summer expecting dry weather, sorghum will be an option. If the current weather system doesn’t change, we could see more interest next spring, since sorghum is somewhat drought tolerant. We hope this system this does not hang around.”