HPAI will likely come back in spring, so be ready to dispose of sick birds quickly. 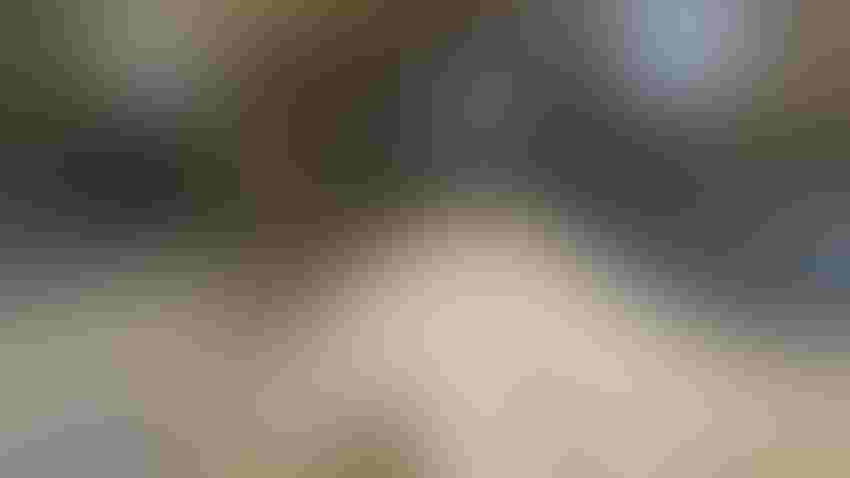 BUILD IT RIGHT: Josh Payne, technical services director for Poultry Guard and former poultry Extension educator with Oklahoma State University, said the key to building a proper compost pile starts with a good base. Litter should be pushed to either side of the house, creating “a highway” down the middle. Once the base is formed, the birds and litter should be pushed back to the center and then capped with a carbon source on top. Photos courtesy of Josh Payne

With spring just around the corner and the wild bird migration ready to commence around the mid-Atlantic, and in other regions, highly pathogenic avian influenza will more than likely rear its ugly head across farms in the region.

And while good biosecurity can help prevent a disaster, nothing is 100%.

“I’m going to hopefully prepare you for what you hopefully will never encounter,” said Josh Payne, technical services director for Poultry Guard and former poultry Extension educator with Oklahoma State University, to a group of poultry growers attending the poultry session of Delaware Ag Week at the Delaware State Fairgrounds. “But you should at least know what the expectations are if it were to hit your farm.”

Euthanizing birds — whether through foaming, ventilation shutdown or by another method — is just the first of several steps to getting an avian flu outbreak under control on a farm. Disposing feed is also crucial because the risk of contamination can be high.

Then it’s time to dispose the birds, and this can be done through burial, landfilling or incineration. Payne said that about 95% of growers choose to compost their birds. “But construction is key,” he said. “You can’t go in there and not properly construct this and expect it to work.”

Composting requires nitrogen — this comes from the carcasses themselves and manure; a carbon source in the form of wood shavings, rice hulls or other type of carbon source; and good airflow to move heat generated by bacteria through the top of the pile.

Properly building the compost pile’s base layer is key, Payne said, as this is its oxygen source. “I want something that’s got porosity to allow air to flow through it,” he said.

Once birds have been euthanized, Payne said the litter should be pushed to either side of the house, creating “a highway” down the middle. Once the base is formed, the birds and litter are pushed back to the center and then capped with a carbon source on top.

“Go through every house and do this, and don’t wait. Do it quickly,” he said. “The longer you wait, the nastier things will get.” 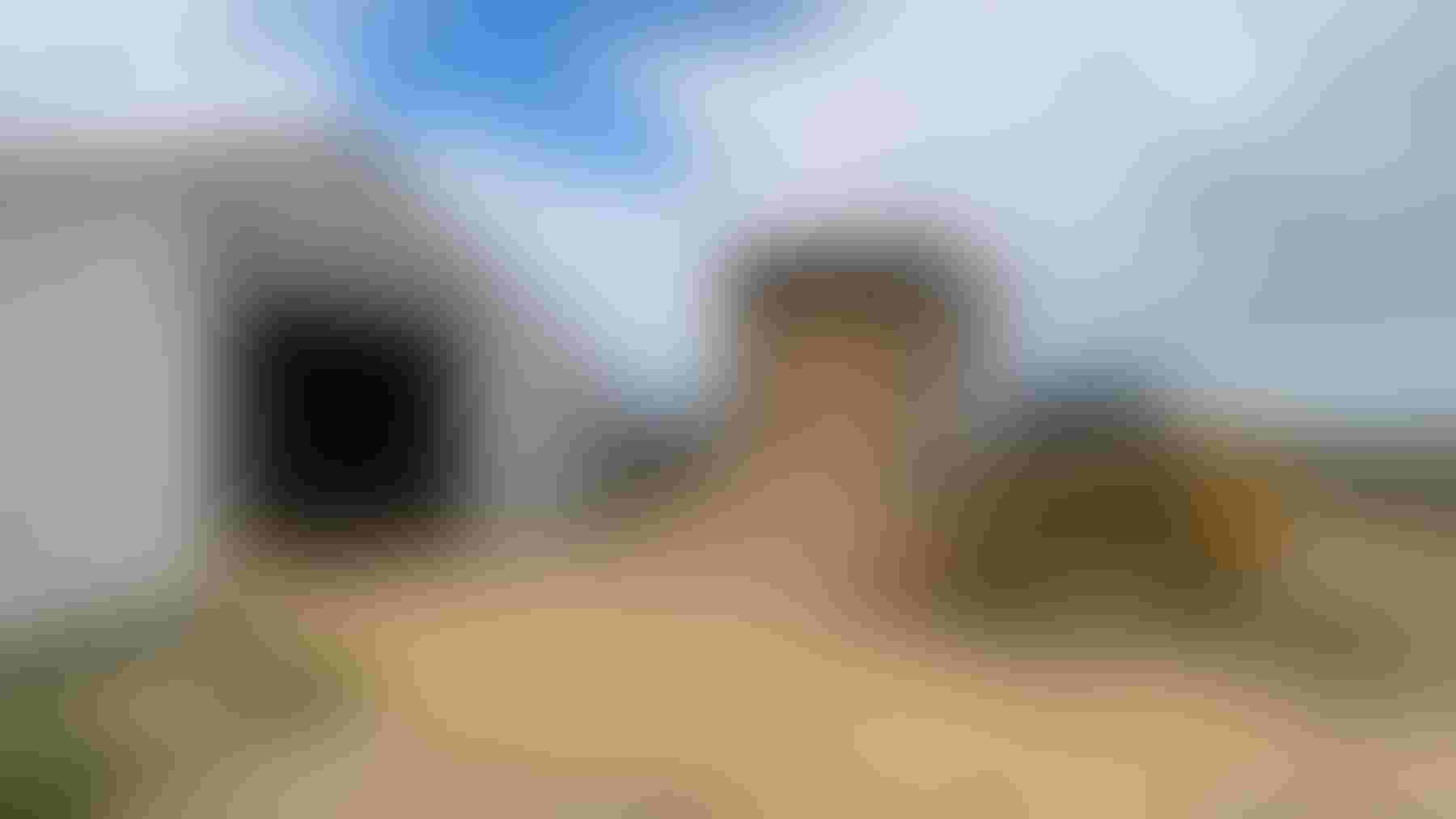 CARBON SOURCE: Payne said growers should leave plenty of room for large amounts of a carbon source — wood shavings, rice hulls or something else — to properly build an in-house compost pile.

The length of the compost pile will depend on the length of the house, but well-built piles, Payne said, measure at least 400 feet long, 8 to 10 feet wide and 7 feet tall.

Monitoring these piles is also key.

“Flag it at 10 spots with the goal being to reach 131 degrees Fahrenheit, as this is where the virus will deactivate,” Payne said.

The initial composting period is around 14 days. After that, the windrow should be turned and let to sit for another 14 days. “I’m not trying to just flip it over, I’m trying to move it 25 to 30 feet down the house,” he said. “So, when you build this, you got to give yourself a space of about 25 to 30 feet. Think of it as taking the twinkie and moving it down.” 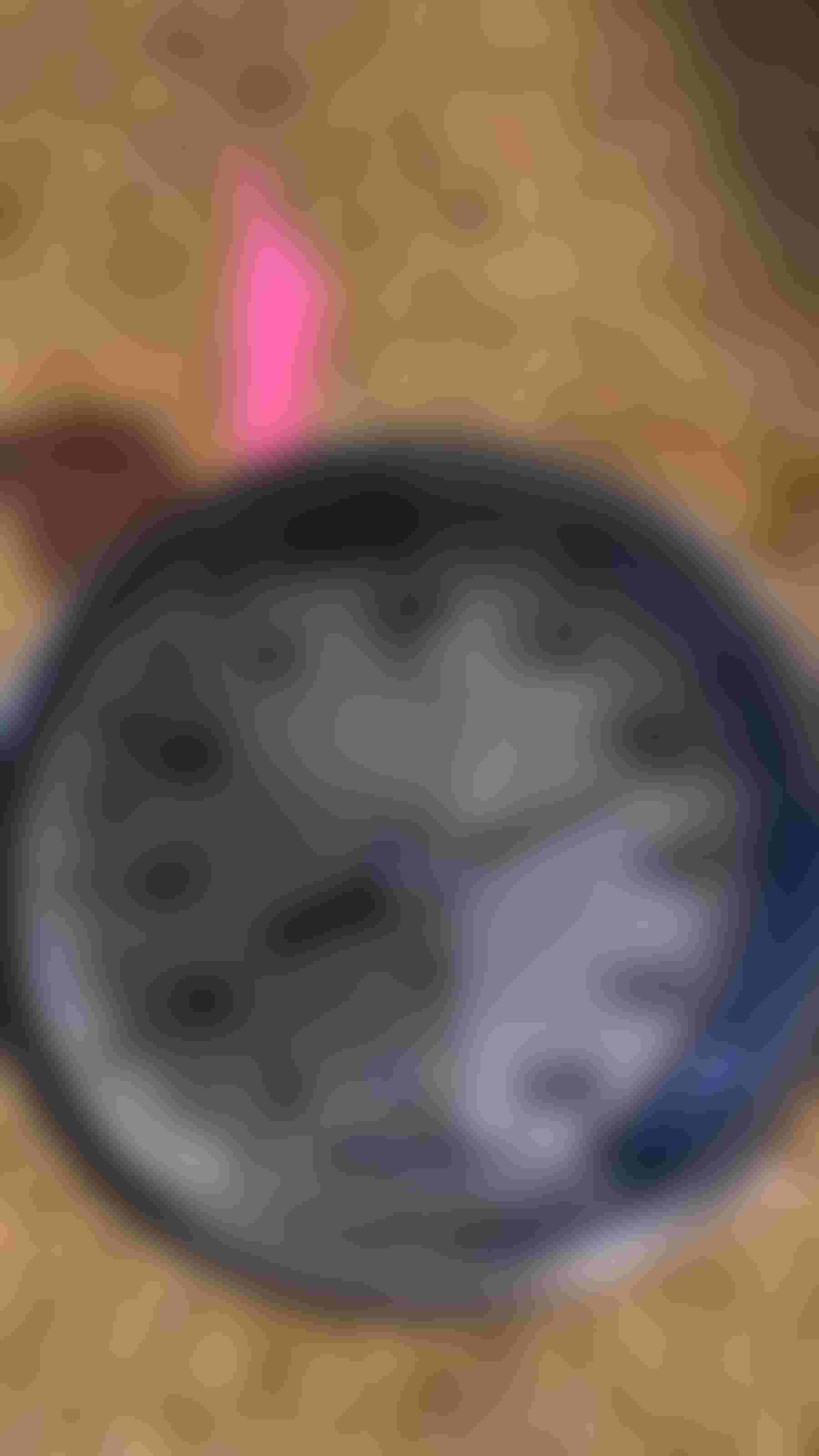 KEEP IT MONITORED: Monitoring compost piles is also key. Payne said growers should flag the pile at 10 spots with the goal being to reach 131 degrees F, as this is where the HPAI virus will deactivate. The initial composting period is about 14 days.

Depending on the state’s nutrient management regulations, the compost pile can be used as a fertilizer. Payne said he’s done testing on some piles measuring 58-48-40 NPK (nitrogen, phosphorus, potassium).

“Don’t be afraid of this as a good fertilizer,” he said. “I get that a lot. People say, well, you brought all this carbon material in here; you’re going to dilute the fertilizer value of it. The fact is you’re heating this stuff up, so as you’re heating it, you’re breaking down that carbon and you’re also adding a heck of a lot of nitrogen from all those birds. So, that actually turns out to be a pretty good fertilizer source.”

For disposing birds, Payne said growers should keep all their options on the table, but the most important thing is to have a plan in place. Here are some tips:

The initial clearing of the birds and litter, which Payne calls preconditioning, is also an important step. “By simply doing this step, this really reduces the odor, about 90%, and it will heat up and kill the virus,” he said.

He added, however, that if the birds have been foamed, the composting process will work, but it will take a lot longer due to the wet litter.

“Don’t flood a house with a foamer,” Payne said. “Cover those carcasses and have a fly control plan. And get properly sized equipment,” he said.

Do it yourself or hire help

Payne said either way works, but if you’re planning on disposing the birds, he said to be ready to work long hours.

“If they [producers] are not willing to work 10 to 12 hours a day on a skid steer, I’d really prefer someone else come in and do this, because that’s going to be their main focus,” he said.

Depopulating a house and disposing the birds can be costly, sometimes running into the tens of thousands of dollars.

One way a grower can recoup their costs is through USDA, which will reimburse a grower per the HPAI Virus Elimination program.

This is the process of cleaning out the house once all birds and litter have been removed.

USDA pays a per-square-foot flat rate of 70 cents for each house on a farm that is paid in two installments: an upfront payment, and then a second payment after cleaning is done and tests for the virus come back negative.

This is on top of an indemnity payment that is split between the grower and the integrator. Heather Hirst, area veterinarian for USDA-APHIS in Delaware, said any grower who is forced to depopulate their barns because of an HPAI outbreak is entitled to an indemnity, but it is not always a 50-50 split payment. It is based on age of the birds.

Area financial specialists, she said, can help growers calculate the fair price entitled to them and what percentage of the indemnity they should get.