Argentine farmers say intervention will be counterproductive by curbing investment and planting. 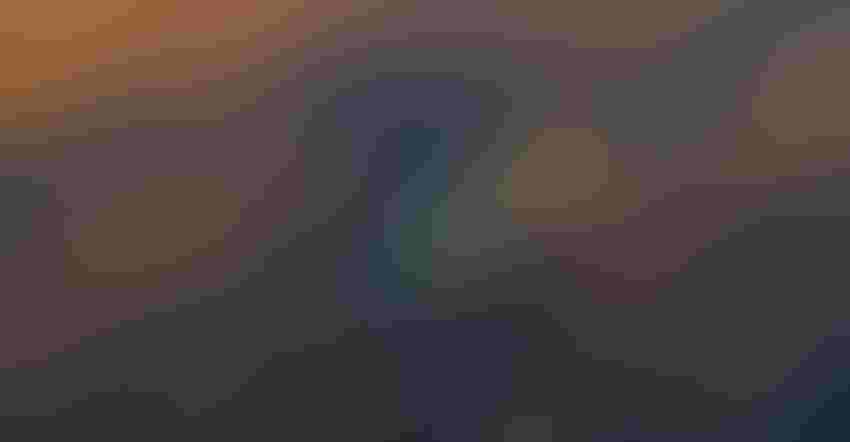 A ban on corn exports in Argentina is fanning fear among farmers and traders that one of the world’s top food suppliers is returning to an era of brutal meddling in crop markets.

The measure creates yet another driver for surging global grain futures, given Argentina is the third-largest shipper of corn, and stokes concern of an up-tick in food nationalism around the world as the pandemic disrupts trade.

The Argentine government suspended corn shipments through February to force growers to sell to the local livestock industry. The idea is to suppress feed costs and, in turn, prices of beef, pork, chicken, eggs and milk in a country where inflation is forecast to reach 50% this year.

In protest, three of Argentina’s four main farm associations have told members to halt trading between Jan. 11 and Jan. 13, adding to industry unrest as port workers strike over pay. But President Alberto Fernandez is standing firm, saying on radio Wednesday that food prices at home need to be decoupled from export values that are on a tear.

Argentine farmers have grappled with this sort of intervention before and ultimately, they say, it’s counterproductive -- curbing investment and planting, and eventually causing shortages. They’re worried about the ban being extended, both in time and to other products like wheat and beef.

That’s because the last time the Peronist party was in power -- for a stretch over the previous two decades -- exports were restricted by trade barriers, taxes or outright bans. Production dwindled, only bouncing back under Mauricio Macri, the market-oriented president voted out a year ago.

“Pulling back on production is our defense mechanism,” said Luis Garmendia, a farmer in the town of Intendente Alvear, who planted 95 hectares (235 acres) of corn this season.

Since the government announced the export suspension on Dec. 30, Chicago futures have advanced more than 3%, extending gains in the past six months to 43%. Global crop prices are surging as investors turn to commodities amid a weakening dollar; dry South American weather dims supply prospects; and China rebuilds its hog herd that was devastated by African swine fever.

Argentina’s Agriculture Ministry declined to comment on the possibility of further export limits. To be sure, when the government hiked taxes on shipments days after taking office in late 2019, the increases for grains and beef were less than expected and sales abroad have stayed at Macri-era levels.

But exporters warn that could change swiftly.

“Intervention in transparent markets creates uncertainty among farmers who delay sales and cut back planting,” crop export group Ciara-Cec, whose members include the powerhouses of agricultural trading, said in a statement.

The agriculture industry has every right to be perturbed after Cristina Kirchner, the former president and foe to farmers who’s now wielding influence as deputy leader, anticipated the president’s remarks on radio by calling last month for “accessible food prices,” said Pablo Adreani, an agribusiness consultant in Buenos Aires.

It’s a balancing act for the government that’s akin to a game of whac-a-mole. President Fernandez and Vice President Kirchner want to rein in inflation that has stayed above 35% for more than two years to help their base of poorer people. But food protectionism jeopardizes the farm-export dollars that Argentina desperately needs for currency and economic stability.

The leadership duo also knows the stakes of getting into a fight with farmers after widespread protests in 2008 over a move to hike taxes rattled Kirchner’s government. Alberto Fernandez was cabinet chief at the time.

In any case, it’s unclear whether the protectionist measures will work as a tool to stem food inflation, said Abdolreza Abbassian, a senior economist at the United Nation’s Food and Agriculture Organization.

As things stand, Argentine grain and cattle markets aren’t facing anything like the heavy-handed intervention of the Kirchner period. But should there be a repeat scenario, global crop traders will take note because farmers would respond by ditching rotation strategies in favor of soy mono-culture, said Eugenio Irazuegui, head of research at grains brokerage Enrique Zeni in Rosario.

Even under Kirchner, soybeans were exported freely because they have little impact on domestic food prices given soy isn’t a staple in Argentina, and shipments of the oilseed provide an indispensable gush of tax revenue.

Expectations for more soy planting in Argentina, which is the world’s biggest exporter of processed soy meal used as hog feed, could cap a rally for the tight global meal market.