Superior genetics continue to boost U.S. peanut yields, even in less-than-ideal weather conditions.The majority of Southeastern peanut acreage is expected to be planted in the Georgia-06G cultivar again in 2014.Several new peanut cultivars in the research pipeline show great promise.&nbsp; 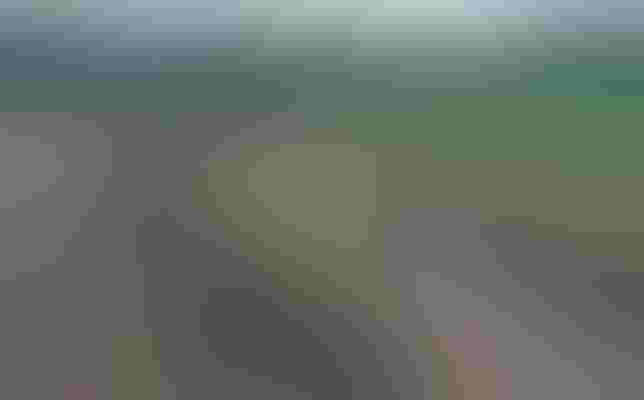 <p>U.S. PEANUT PRODUCTION has benefited tremendously in recent years from genetic improvements made in cultivars.</p>

You don’t have to look far back at the record books to see how superior genetics has affected U.S. peanut yields. In 2012, nationwide yields broke 4,000 pounds per acre, with as many as seven states establishing new record-highs. Then, this past year – even under less-than-ideal growing conditions – yields were pushing 3,900 pounds per acre throughout the Peanut Belt.

“Peanut producers in the Southeast right now have some phenomenal genetics as far as yield and grade are concerned,” says John Beasley, former University of Georgia Extension peanut agronomist and current head of the Crop, Soil and Environmental Sciences Department in the Auburn University College of Agriculture.

“It’s just amazing to me what we’ve seen with some of these releases,” said Beasley during a recent certified crop advisor training session held in Auburn. “It’s mind-blowing when you think about the yield potential we have with current genetics. So it’s very good news as far as cultivar options, and, even better, they all stand up very good against diseases.”

With so many options available, growers should be aware that most shellers don’t like handling seven or eight different cultivars. “They don’t have the capacity – they try to keep it at two, three or four,” he says.

According to the Georgia Crop Improvement Association, 86 percent of the peanut acreage planted for seed in Georgia in 2013 was planted in the Georgia-06G cultivar, says Beasley.

“For the Southeast, generally, Georgia acreage planted for peanut seed production probably will account for 90 percent of all the seed. So you can rest assured that well more than 80 percent of the seed supply for 2014 will be in Georgia-06G.

“But when you consider how many peanuts we’ll produce off of those acres, we could easily plant 100 percent in Georgia-06G if we wanted to. I’ve always strongly advised growers not to put all of their eggs in one basket, even though this egg is pretty dog-gone good. It has proven to be exceptionally good as far as yield potential and grade potential for growers in Alabama, Georgia, Florida and Mississippi,” says Beasley.

Some segments of the industry are making a strong push now for the high-oleic oil chemistry in their products, he says. Mars is probably the leader in this area, with some of their company officials saying that by 2015, all of their products would be high-oleic, adds Beasley.

“Fortunately for us in the Southeast, we have some very good yielding high-oleic oil chemistry cultivars. For a long time, these cultivars just couldn’t stand up in yield and grade potential to some of what we already have. But Georgia-09B, FloRun ‘107’ and TUFRunner ‘727’ are all high-oleic, but they will make up less than 15 percent of the total seed supply. So no matter how many tons of shelled high-oleic peanuts they want, they won’t be able to get 100 percent right now,” he says.

While peanut growers in the Southeast have come to rely on the Tifguard cultivar for fields with peanut root-knot nematode problems, there might not be as much seed available for 2014, says Beasley.

“The registered certified seed supply is showing about 70 percent with the near immunity gene and the remaining 30 percent is not immune. They’ve gone back to the Foundation seed in Georgia, and it tested at 90 percent near immunity. The breeder seed tested 100 percent, so they’re kind of going back to square one on Tifguard. All of this means that there might not be as much Tifguard available as we’d like for there to be. Generally, it is a cultivar that goes in peanut root-knot nematode- invested fields. Otherwise, it doesn’t compete with Georgia-06G and some of these other varieties as far as yield and grade.”

A few new peanut cultivars are showing great promise, says Beasley. “Georgia-12Y was just released in 2012, and we did a fair amount of testing with it this past year. It is blowing the doors off of Georgia-06G, if you can imagine that. Other researchers agree that Georgia-12Y is the real deal, showing good resistance against tomato spotted wilt virus and white mold.

“The University of Florida has just started the Foundation seed increase for TUFRunner, and it’s a high-oleic variety. Branch at Georgia is releasing Georgia-13M, which he believes is the highest yielding cultivar he has ever released.”