Boosting fall pastures with fertilizer and cereal crops can help during drought years. 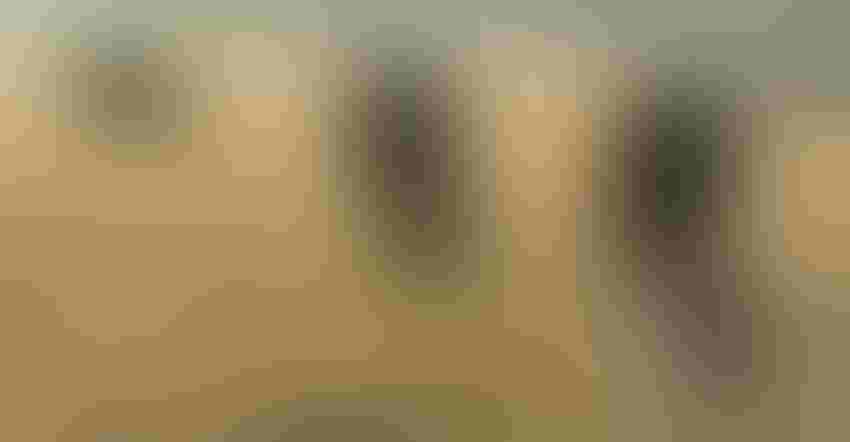 DRY DAYS: Cattle across the southern region of Missouri found less grass as the 2022 drought persisted. Farmers may find replenishing pastures is a cheaper option to buying hay this fall and winter.metriognome/Getty Images

If there was ever a year to focus on stockpiling tall fescue, Tim Schnakenberg says, this year is it.

The 2022 drought hit the southern region of Missouri hard, with extended periods of dry weather along with record heat. What hay exists is either poor in quality or high in cost.

That has many realizing the importance of fall grazing to offset the need for hay, Schnakenberg adds. What hay is available is pricy. The cost of hay may exceed $150 per ton.

“If you figure cost of feeding hay, along with typical feeding losses associated with hay, it could potentially cost well over $3 per day to feed a 1,200-pound lactating cow,” says Schnakenberg, University of Missouri Extension agronomy specialist.

So, many farmers are realizing the importance of fall grazing to offset the need for hay.

Schnakenberg says that growing forage in the fall is a cheaper choice.

Factoring fall pasture rent, the cost of putting about 40 pounds of nitrogen (even at today’s prices) on your strongest fescue pastures and closing gates until about December, Schnakenberg explains, the cost to feed during that time could be closer to $1.30 per day. However, as in any year, the success depends on fall rains and no early freezes that could deteriorate grass prematurely.

In university models, improving grass utilization rates makes this most profitable, Schnakenberg says. This involves raising rates up to 60% or better. This is best done with strip-grazing using short grazing intervals, allowing the maximum use of this prized forage.

Those who stockpile routinely have the benefit of having top-quality feed that their cows are harvesting themselves rather than having to rely on a more labor-intensive, higher-priced and lower-quality feed source.

The recipe for stockpiling is simple, Schnakenberg says.

Around mid-to-late August, set aside a few of your best stands of fescue by applying nitrogen and closing the gates. Leave these pastures alone for a few months during what are normally the best months for fescue growth.

Fall growth may typically produce 1,500 to 3,000 pounds per acre of forage with good fertility. Schnakenberg calculated that 1 to 2 acres of properly stockpiled fescue can meet the nutrient requirements of a 1,200-pound beef cow well into the winter months (50-100 days).

Even though fescue responds to high rates of nitrogen in the fall, the high use can make endophyte problems worse on Kentucky 31 fields, he says. When to apply nitrogen depends on the source of nitrogen available at your local dealers.

“Most dealers are handling urea,” Schnakenberg says. “In this case, it is imperative to use a nitrogen stabilizer such as Agrotain, Anvol or a SuperU product. These materials will give you at least a 14-day protection from dry weather that could prevent significant nitrogen losses to the atmosphere.”

If there is no chance of rain in the forecast, it may pay to delay application until there is a change in the weather. Regardless, it is generally best to have all nitrogen applied by early September. If you are using ammonium nitrate, there is little issue with losses that will occur, so it is best to proceed with the application. The fertilizer will wait for rain to activate it.

MU research has found that stockpiled fescue can potentially yield between 15 and 25 pounds of dry matter per pound of nitrogen applied.

“In my calculations, using a gain in forage from nitrogen [20 pounds] along with current nitrogen costs to apply 40-50 units of nitrogen, the value of the additional feed from the practice of fertilizing could amount to a value of nearly $80 per ton of feed produced,” Schnakenberg says. “This is much cheaper than what it has been costing to buy hay to feed cows.”

Those who have warm-season grass fields such as bermudagrass and crabgrass should not miss the opportunity to plant a cereal grain crop in those fields to take full advantage of a second growing season for cool-season forages, Schnakenberg says.

The best recommended cereal crops for fall and winter grazing would include cereal rye, triticale or barley. These could be planted any time the current season forage growth is starting to slow down, and there is potential for rain in the near future. This is typically in late September. An application of at least 40 to 60 pounds of nitrogen per acre is justified.

There are also many cornfields this year that got chopped or baled for silage that could create a great grazing opportunity. These forages could be used in these fields as well.

Some have considered using brassicas or cereal crops in fescue stands to gain some emergency feed this fall, Schnakenberg says. It will be important to evaluate the stand of grass. If the stand is strong with fescue as the base forage, it is usually best to allocate those stands for stockpile alone. If the stand is weak and full of warm-season species (forage and weeds), you can more likely get a return on that investment of adding forage.

Brassicas such as turnips do not respond well to competition. Cereal crops will compete better in strong stands, but getting a return on the investment may be harder.

Find more information on forages and drought at mizzou.us/droughtresources.