Several sources come together to paint an often-dire picture. 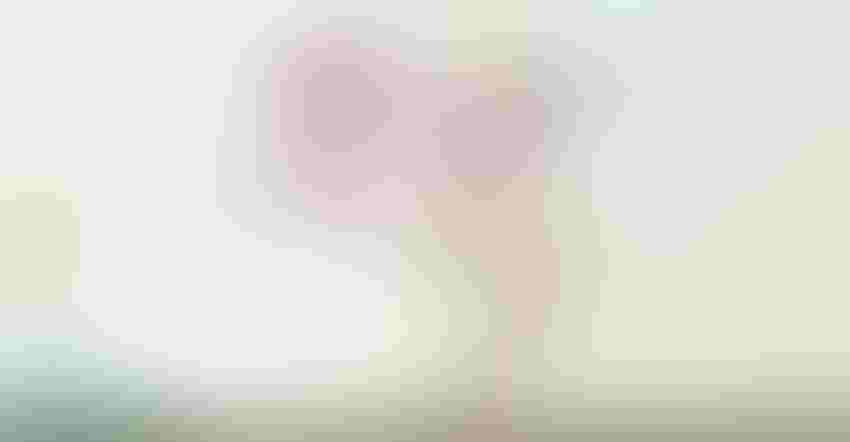 Those claiming the existence of so-called “coastal news bias” had a pretty strong case to make this past week. As flooding across large portions of the Plains and upper Midwest continued to build, news headlines appeared painfully thin at times. Search “river” on Twitter, and the top results show the Chicago River dyed green for St. Patrick’s Day celebrations.

But dig deep enough in those search results, and the tale of just how bad things were in some areas finally began to unravel.

.@GovParsonMO survey’s NWMO flood impact this afternoon, several levees are broken and water running over the top, nearly 140,000 farm acres are expected to be impacted in the flood plain. pic.twitter.com/ylX7V718Co

Fritts farm is submerged west of Lyons. He actually has a permanent dike built around the place, but it wasn't high enough for this flood. pic.twitter.com/6t8ciP2nUz

Finally able to get around and check a few more things. This whole half mile was basically under running water for over two days. Same water that went by me. It eventually ends up in the Elkhorn. Glad the bin was just high enough. Did get high enough to run in the fan. pic.twitter.com/un2iuMgZX4

Locals in Nebraska, Iowa and other parts of the Corn Belt are facing firsthand problems they can’t ignore. By this morning, 41 locations had set new record-breaking river levels, with western Iowa and eastern Nebraska bearing the brunt, although parts of northern Illinois, Minnesota, South Dakota and Wisconsin were also affected.

The floods have killed three people so far, damaged hundreds of homes and killed an as-yet-unknown number of livestock. Property damage is estimated in the billions. High water is also putting pressure on other sectors of the agriculture industry, as Archer Daniels Midland closed an ethanol plant in Columbus, Neb., with no immediate timetable to reopen.

“Right now, we do not have rail or road access to the facility because of the high water, said Chris Cuddy, president of ADM’s carbohydrate solutions business in an emailed statement. “We do not have an estimate yet on when we will be able to resume normal operations.”

Mike Steenhoek, executive director of the Soy Transportation Coalition, says springtime flooding in the Midwest is not an uncommon occurrence, but the current situation is unique in several ways:

Add it all up, and current problems could be hard to shake for several more weeks, placing immediate pressure on rural infrastructure.

“These conditions will have an impact on rail ballast, gravel roads and rural bridges,” Steenhoek says. “I don’t know of a gravel road or rail track that has a happy coexistence with flood conditions.  Rural bridges can also be subject to scour – the removal of sediment such a sand and gravel from around bridge abutments or piers – due to water volume and current.  Local and county governments will be particularly stressed to manage these challenges.”

“Traffic was closed due to high water near Muscatine, Iowa, over the weekend, and ice is still a factor on the Upper Mississippi as the heavy snowpack melts,” he says. “Reduced tow sizes and limited daylight running times are further restricting traffic on the lower Mississippi. Traffic continues to clear the backlog of tows on the Ohio River, though some are still waiting a couple of days to make it through the last locks before the Mississippi.”

Looking ahead, the 2019 planting season won’t begin in earnest across the Corn Belt for the next several weeks, but all eyes are already beginning to look more closely at the flooded-out parts of the Midwest and Plains. In the near future, the 6-to-10 and 8-to-14-day forecasts from NOAA suggest a set-up for additional potential problems to develop, Knorr notes.

“Weather is shifting back wet with above-normal temperatures as well, so we’re going to get a one-two punch with melting snow and above-average precipitation next week,” he says.

Of course, a wet spring does not necessarily equate to below-average yields by the fall. But the deck appears to be stacked in favor of a shaky start to the 2019 crop season if current conditions and forecasts persist.