Conditions are primed for another drought extending into the summer for the Southwest. 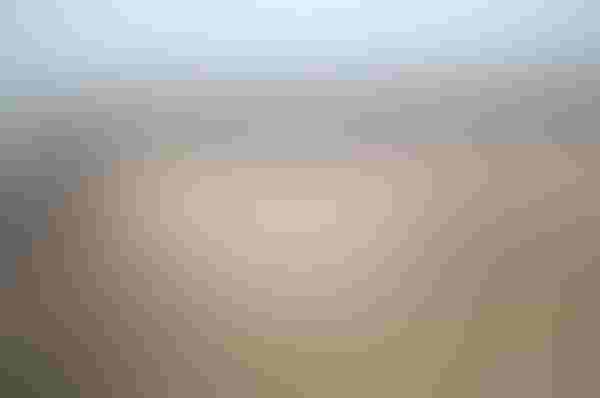 Dry riverbeds were comon during the last long drought. Could the Southwest be in for another dry summer?

In the South and Southwest last year there was a great deal of strange weather that developed in the fall and in late December. The new year brought even more weather surprises.

From early autumn cold snaps and heavy rains across Texas, to abnormally early and strong arctic fronts that dialed up sub-freezing temps and surprising snow storms as far south as the Gulf coast, winter seemed to arrive fast and hard in parts of the Lone Star State. The wet and cold weather caused delayed harvest operations in the Southern Plains and across the Panhandle region, and damaged vegetable crops as far south as the Lower Rio Grande Valley on the southern tip of Texas.

With single digit temps in parts of Oklahoma, Texas and New Mexico, and even a 7- inch snowfall in Corpus Christi and Houston, both situated near the warm Gulf of Mexico, it has been a different winter season for many in the southern tier of the nation.

And, in typical Texas fashion, the extreme winter weather was quickly followed by several days of some of the warmest winter temps on record.

As January makes way for the short month of February, farmers in the deep south and Southwest are in the countdown to spring field preparation. Some fields in Deep South Texas are already being prepared in hopes of early seeding opportunities.

THE THREAT OF DROUGHT

While parts of Texas received a number of good rains in December and again in mid-January, forecasters at the National Weather Service Climate Prediction Center say continuing La Nina conditions across the equatorial Pacific and early signs the system may intensify by spring will cause dry and warmer days in the state for much of the late winter, lasting well into spring.

Forecasters predict that increasing drought conditions across New Mexico and Texas, and below-average lake and reservoir levels, could result in dry fields and reduced irrigation resources during and after seeding takes place this spring.

The threat of drought should not come as a surprise. Last week the Farm Bureau (FB) reported the latest drought monitor released by University of Nebraska indicated more than 60 percent of the continental U.S. is currently in a state of drought. About 27 percent was listed as abnormally dry and another 23 percent characterized as in moderate drought.

The FB report draws a comparison of the drought monitors from January 2011 and the current month of January this year, concluding drier conditions exist now in some areas than it did in the early drought days of 2011. Forecasters say for most of the southern half of the country, warm and dry conditions will prevail well into the summer months.

Livestock specialists are concerned a dry, hot year could counteract some industry growth experienced over the last year. Ranchers across Texas and the Southwest remember well the drought of 2011 and 2012 that caused extreme culling of herds and the liquidation of about a million head of cattle.

Already, hay stocks are down with decreased Dec. 1 stocks reported in Texas, Arkansas, Missouri, Oklahoma, Kansas and New Mexico. Crop specialists are warning producers that it's important to assess forage supplies in advance and to develop management and marketing plans in the event drought conditions persist into the summer season.

The National Weather Services' latest forecast update indicates a high probability of stable or slightly strengthening La Nina conditions expected through the spring and possibly into the summer season. But they caution that changing surface temperatures in Pacific water could change the forecast.

The NWS Albuquerque office issued an update last week on New Mexico's water supply outlook for the spring season, and warned water resources may be short. Senior hydrologist Royce Fontenot, in Albuquerque, says the drought is currently expanding across New Mexico and other parts of the Southwest, and notes that a lighter than average snowpack will add to water resource concerns in the spring and summer season ahead.

ANOTHER DROUGHT SETTING UP?

The hard reality is that in places like Texas, Oklahoma and New Mexico, the drought monitor each month indicates an overall dry trend in mid-winter. While no one is ready to concede to the inevitability of another round of drought, some uneasy concerns are being voiced by weather watchers in the lab and on the farm.

In a prognostic discussion of seasonal outlooks at the NWS Climate Prediction Center last week, the February through March temperature outlook favors above-normal temperatures across the southern tier of the Continental United States with the highest odds (of about 60 percent) forecast across the Southwest. Slightly above normal temperatures are expected on the East Coast.

The discussion indicated temperatures would be below normal for the Pacific Northwest to the Northern Great Plains, Upper and Middle Mississippi Valleys and the Great Lakes region.

The precipitation forecast for the southern tier of the nation and into the Southwest and most of California is for drier-than-normal conditions in the months ahead. The Pacific Northwest east to the Northern Great Plains, Upper and Middle Mississippi Valleys and Great Lake regions should experience above-average precipitation.

Whether the anticipated drought leads to another seriously dry period like earlier this decade remains to be seen. But in spite of the latest forecast, meteorologists and crop specialists remind us that when it comes to the weather, no one really knows what is going to happen until it does.