People familiar with the U.S.-China trade negotiations say there has been no agreement to remove retaliatory tariffs. 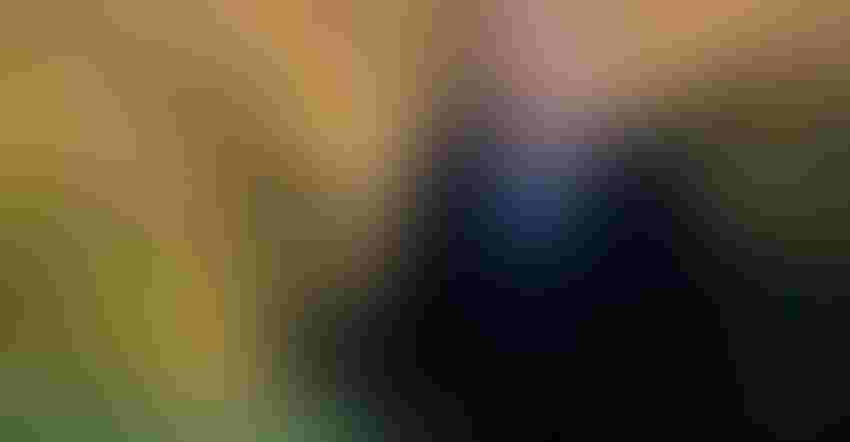 Some U.S. farm groups fear that President Donald Trump’s terms for easing his trade war with China risk leaving large swaths of American agriculture worse off than before the conflict began.

Many producers are alarmed by signs that the administration would accept Chinese purchase target pledges for commodities like soybeans and pork without a promise to lift retaliatory tariffs, said industry representatives, some of whom spoke only on condition of anonymity to avoid consequences for publicly criticizing the administration.

“This is of great concern to producers out here facing another year of tariffs,” said Mark Powers, president of the Northwest Horticultural Council, which represents cherry, pear and apple growers in the Pacific Northwest. “We’re disappointed. Clearly the priority lies elsewhere.”

Farmers are unnerved by Trump’s enthusiasm for tariffs and his tendency to pick industry winners and losers, even as he promises in general terms to put “America first” in negotiations with the U.S.’s largest trading partner.

As China and the U.S. aim to finalize a trade truce within the next month, Beijing is considering a U.S. request to shift some tariffs on key agricultural goods to other products, people familiar with the situation said.

Related:Trump asks China to shift tariffs away from ag products

But Trump is still vowing to maintain some U.S. tariffs as leverage for enforcement, which China could counter by continuing retaliatory duties on farmers despite possible purchase agreements for some commodities.

As recently as March 20, Trump said he envisions U.S. tariffs lasting “a substantial period of time” after a trade agreement takes effect. Hinting at what he considers a victory in this trade war, Trump also often promises “massive” new orders for farm exports.

“It’s only going to get better because we’re doing trade deals that are going to get you so much business, you’re not even going to believe it,” Trump said at the American Farm Bureau Federation annual meeting in January.

People familiar with the trade negotiations say there has been no agreement to remove retaliatory tariffs, and the issue is likely to be one of the last resolved. Several farm groups are quietly lobbying the administration to reject any agreement maintaining the agricultural levies but have not yet received any assurances from the White House.

“Our guys are being told, sorry, you guys are going to have to pay the price,” Powers said. “It’s a hard message to accept.”

Two other agricultural representatives who asked not to be identified said they were also told by Trump administration officials that -- despite their objections -- the White House may persist with U.S. tariffs even if it means China also maintains additional duties.

However, Jim Sutter, chief executive officer of the U.S. Soybean Export Council, said he doubted an accord with China would keep tariffs in place, despite Trump’s public declarations.

“If we make a deal, then we need to get the tariff off so the trade can begin again,” Sutter said by telephone, shortly after a visit to China. “I think it’s hard to imagine a situation where we come to an ‘agreement’ and then you leave the tariffs in place. I would be surprised if the Chinese found that an acceptable solution.”

Many American farmers say today’s economic pressure is the most severe since the farm crisis of the 1980s. Profits have been shrinking since they peaked six years ago and last year fell to half of what they were in 2013. Years of bumper crops sent prices for key commodities such as corn and soybeans plummeting -- down 40 percent since 2013.

In addition to China’s tariffs, Mexico, Canada and India retaliated against U.S. producers after Trump targeted their steel and aluminum exports to the U.S. At the same time, competitors are making inroads in Japan, where the Trans-Pacific Partnership that Trump rejected has lowered duties for other Pacific Rim countries, and another trade deal eased access for European Union products.

Beijing in December committed to a series of U.S. soybean purchases and has used government entities to buy American pork. The Trump administration touts those promises as successes and said a U.S.-China trade deal would include additional purchase commitments.

Yet even those installments of soybeans won’t be sufficient to put a dent in record U.S. stockpiles after last year’s trade disruptions. And securing such purchasing commitments does little to help producers of other products still subject to retaliatory tariffs.

Powers estimates that Chinese tariffs cost cherry growers in Washington State, Oregon and Idaho $96 million last year. China had been the top export market for cherry growers in the region until last year, when sales to the country dropped 41 percent, he said.

Even producers of commodities that benefit from government purchase commitments won’t necessarily make as many sales to China as they would if the tariffs simply dropped to prior levels.

Unless tariffs are removed, it would be hard for American farmers to export much above the purchase agreement quotas in what had been their fastest-growing market. Since the quotas would be administered through Chinese government-controlled entities, Beijing also could use them as leverage, halting or delaying purchases whenever tensions rise with the U.S., and by doing so holding farmer livelihoods hostage.

“The real concern is these quotas could be ceilings for the U.S. and the quotas might not be filled if we run into trouble with the Chinese government,” said Joseph Glauber, former chief economist for the U.S. Department of Agriculture and now a senior fellow at the International Food Policy Research Institute in Washington.

For the cherry growers in the Northwest, it’s crucial China end its retaliatory tariffs by June, when this year’s harvest begins shipping.

“The first year was damaging enough, this year could be much more impactful,” Powers said. “The Chinese have had a year to find alternative sources.”

--With assistance from Shawn Donnan and Isis Almeida.

To contact the reporter on this story: Mike Dorning in Washington at [email protected]