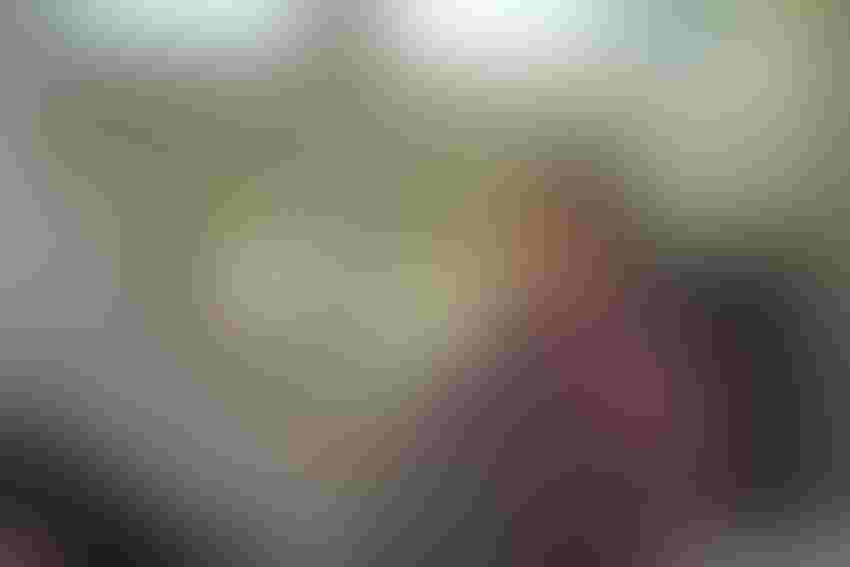 Agricultural exports to Mexico and Canada through the North American Free Trade Agreement (NAFTA) are too important to allow political rhetoric and the threat of U.S.-imposed tariffs to jeopardize these crucial markets, says Louis Ribera, Texas A&M AgriLife Extension economist.

Dismantling that agreement would be a significant blow to the U.S. ag economy, he says. Rather, “We need to modernize it.” Issues such as sanitary and phytosanitary certification were not as significant when the trade pact was signed, he notes. Modern technology has changed. “We also did not have the Food Safety and Modernization Act in place” at that time.

During that same period, exports to Mexico and Canada increased from $10 billion to $38 billion — a whopping 288 percent increase — making Canada and Mexico the second and third largest markets for U.S. agricultural exports. The two countries rank first and second as agricultural trade partners for the U.S., with two-way trade values in 2016 of $41.8 billion and $40.8 billion, respectively.

Related:South Texas begins long process of digging out after Harvey

How does NAFTA fit into the relationship? The agreement was simultaneously implemented in the three countries Jan. 1, 1994, eliminating most tariffs on trade between the nations.

Trade and NAFTA support a lot of jobs, Ribera says. “Many synergies exist between countries because of trade. Mexico imports more beef to the U.S. than it buys. But Mexico buys a lot of U.S corn, so a lot of our grain is used in their feedlots.

“Fruit and vegetable trade was a big win for Mexico, while the U.S. lost some markets. Vegetable producers in the Valley were opposed to NAFTA.” The No. 1 product for Mexican export is greenhouse tomatoes. “But, proposals to protect markets usually backfire,” he says. “Trade makes efficiency happen.” The Vegetable Improvement Center at Weslaco is working to “bring produce back to Texas. We see a lot of interest, but we have to find markets. We’re currently looking for a vegetable marketing specialist.”

Mexican ag imports create opportunities in the Lower Rio Grande Valley, Ribera says. The Pharr, Texas, port of entry is expected to handle more traffic in the near future, if it doesn’t already, than the port of entry at Nogales, Ariz. That increased traffic — much of it produce from Mexico — created a demand for infrastructure to handle and distribute products to both U.S. coasts, creating jobs.

“A lot of brokers moved to Texas,” he says. “Mexican imports are creating huge economic opportunities along the International Highway — truck stops, restaurants, and other businesses.”

It’s better for America’s farmers “if we produce it, but we can’t produce year-round, so we gain advantages with the infrastructure in the Lower Rio Grande Valley.”

The possibility that Mexico will look to other suppliers for grain and other commodities is small, Ribera says. “It would be hard for Mexico to switch grain imports from the U.S. to Brazil or Argentina. Countries don’t do trade with each other — businesses trade with each other, and it’s hard to break those relationships. Trade is about business, not politics.”

No reduction in U.S. grain trade with Mexico has occurred, he says. “So far, nothing has happened, and I don’t foresee that anything will happen — unless we put a tariff on Mexican imports. “I would like to see the rhetoric surrounding NAFTA change from ‘It’s the worst deal ever’ to ‘Let’s make it better.’ We can blame NAFTA, or we can do something to compete.”

Improving efficiency, reducing costs, and branding products are possibilities. He suggests branding a product similar to the way Georgia onion growers have done with Vidalia onions.

Production costs for the Valley are not that different from Mexico, he notes, while “California’s cost of production is higher because of regulations and the price of water.”

U.S. consumers benefit from trade, Ribera says. “The U.S. has the cheapest food in the world. Consumers spend just 6.4 percent of their income for food, while Canadians spend 10 percent and Mexico’s citizens spend 20 percent. Trade allows us to have more products year-round, at a good price, and good quality. That’s the advantage.” Mexico also imports a lot of U.S. and Texas cotton.

The U.S. has lost share to the European Union, Canada, Brazil, and Vietnam, among others.

Exports to Cuba have declined, he says, because of payment restrictions, including cash advance requirements. “They can’t even look at the product until they pay for it.” A $1 billion market is at stake, and “We can supply what they need.” Top demand is for poultry, meat products, milk, “things we are good at producing. Rice would be big for both Cuba and U.S. rice producers. They are one of the highest per capita consumers of rice.”

On the flip side, Cuba exports sugar — some valued-added in rum — and cigars. Location and ease of delivery would be a huge benefit to Cuba. Without the restrictions, “We could get half of that market easily,” Ribera says. Trade obstacles come from politics, he says — the long-standingembargo. “Who does it help?”