Twenty to 40 inches of rain has fallen across a large portion of southeastern Texas as Harvey stalled following landfall. As of Tuesday midday, top rainfall from Harvey had eclipsed the 48-inch record set during Amelia in 1978 with 49 inches and counting in northern Brazoria and eastern Harris counties. 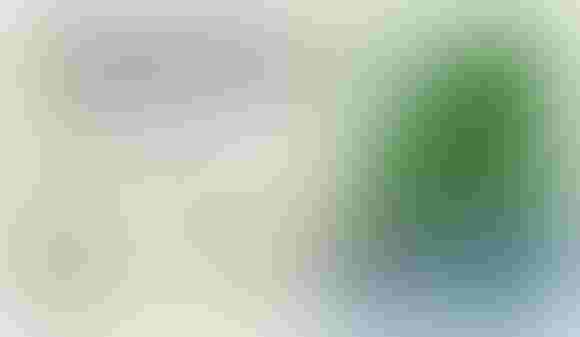 Some of the worst flooding from Harvey may be yet to come, even as rain diminishes in the next 24 to 48 hours over parts of Texas and Louisiana, according to a Tuesday report from AccuWeather.

"This is a devastating flooding event, the likes of which we have not seen in at least the last 12 years, since the Hurricane Katrina disaster," AccuWeather Meteorologist Brett Rossio said.

This may already be the costliest natural disaster in United States history.

Communities will be under water for weeks and perhaps a month or more, even after the rain stops. Power will remain out for an extended period until it is safe for crews to repair the lines.

Twenty to 40 inches of rain has fallen across a large portion of southeastern Texas as Harvey stalled following landfall. As of Tuesday midday, top rainfall from Harvey had eclipsed the 48-inch record set during Amelia in 1978 with 49 inches and counting in northern Brazoria and eastern Harris counties.

In Texas, the heaviest rain for the duration of the storm will fall from just east of Houston to the Louisiana border, along the Sabine River.

More water may need to be released from Barker and Addicks reservoirs to release the strain, further inundating some communities. Officials are trying to avoid water spilling over the top of the reservoirs, which may lead to erosion, undermining of the levees and sudden, catastrophic failure.

Related:‘It looks like a bomb went off’ on Texas Gulf Coast

The ground around all levees is soggy due to days of rain. Brazoria County, Texas, officials warned that the levee at Columbia Lakes had failed and urged immediate evacuation on Tuesday morning.

Many bayous and large rivers will remain well above flood stage well into September. Some will exceed record crests by a sizable margin in the coming days.

Rising rivers, such as the Brazos, will lead to flooding in communities that have been spared thus far.

Tens of thousands may still need to be rescued as limited food and water run out. Many in need of assistance may now be without communication. It has been days without power in some communities and their cell phones may be dead.

"Water should be boiled until the all clear is given," AccuWeather Senior Meteorologist Alex Sosnowski said. "Poisonous snakes, alligators and other wild creatures will be displaced and will add to the danger."

To reduce the risk of infection, people with open wounds should avoid wading in flood waters.

The center of circulation from Harvey will stay just offshore of the Texas coast through Tuesday, before moving back onshore at midweek.

"Harvey will reacquire some of its lost intensity if it gets back over the Gulf of Mexico," Rossio said. "This would yield more gusty winds right along the upper Texas Coast and western Louisiana coasts until Harvey moves ashore for the last time."

It will take a lower wind gust than normal to knock down trees and power lines given the saturated soil.

The risk of a few isolated tornadoes and waterspouts will continue near and northeast of the center.

Regardless, downpours will continue to frequent the periphery of the storm. This will put the upper Texas coast and southwestern Louisiana in the swath of persistent rainfall into midweek.

A larger portion of Louisiana will be at risk for flooding this week when compared to over the weekend. People from Baton Rouge and Alexandria on southwestward should be on guard for rising water levels.

"Some heavy rain will fall on New Orleans through Wednesday night and may cause incidents of urban flooding due to ongoing issues with pumping operations," Sosnowski said.

Winds blowing in off the Gulf of Mexico will continue to push rough surf toward the coast, leading to extensive erosion on the beaches.

With Harvey's anticipated track to the north later this week, tropical downpours may expand across the Arklatex and lower Mississippi Valley.

Harvey will continue to pack a punch in terms of rainfall despite eventually weakening to tropical rainstorm.

While feet of rain is not anticipated farther north, several inches of rain could easily be enough to flood some streets and poor drainage areas. At the very least, travel disruptions will increase during the second half of the week.

Harvey is projected to get pulled northeastward as a tropical rainstorm, and Harvey's moisture may reach the Ohio Valley as early as Friday afternoon and part of the Northeast during the Labor Day weekend. Areas along the upper Gulf Coast may finally get a chance to dry out this weekend as a result.

By Renee Duff, Meteorologist for AccuWeather.com