About 2% of North Carolina's corn crop was impacted by the freeze with few reports of soybean damage. 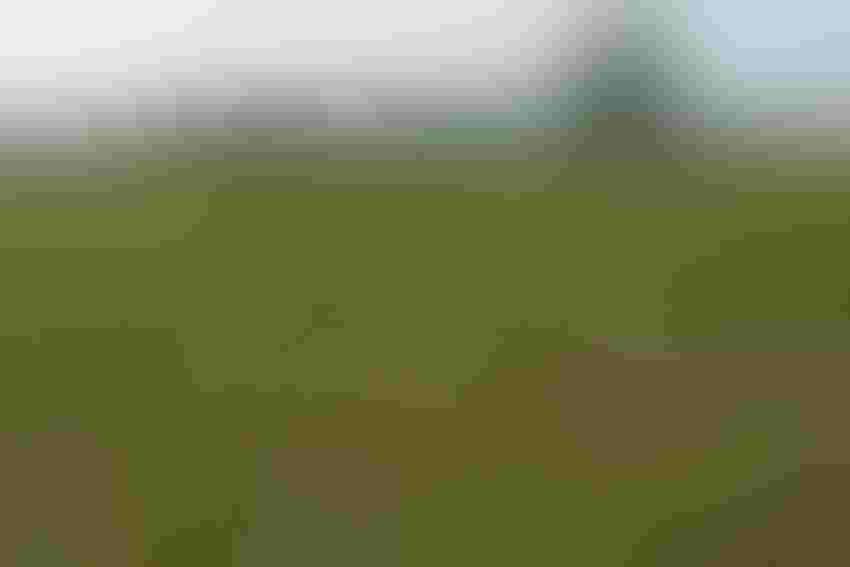 North Carolina corn and soybeans generally avoided damage from a rare early May freeze across parts of the state and both crops are off to a generally good start.

North Carolina State University Extension Corn Specialist Dr. Ron Heiniger notes that frost and freezing temperatures did affect the North Carolina corn crop from the Northern Piedmont to the coastal counties, which covers an area from to coast to Raleigh and north of I-40 from Raleigh on west.

“I would estimate that about 2% of the corn acres in North Carolina were affected (around 20,000 acres) with some significant damage and another 40,0000 acres with just minor leaf burn.  Most of the significantly damaged corn will recover but, there will be a minor portion of the 20,000 acres that will have to be replanted,” Heiniger noted in an email to Southeast Farm Press.

North Carolina State University Extension soybean specialist Dr. Rachel Vann noted that about 17 percent of the North Carolina soybean crop was  planted as of May 10 and could have been impacted by the freeze event. So far, she says there are very few reports of cold damage to soybeans in either North Carolina or Virginia which also experienced freezing temperatures in early May.

Heiniger and Vann addressed freeze damage issues during a Zoom webinar on May 15. Both gave pointers on how to assess freeze damage in corn and soybeans and when to decide to replant

For soybeans, the first possibility of injury from cold temperatures can come when germination begins. Vann explains that a soybean plant starts germination by absorbing 50% of its weight in water.

“That usually happens 24 to 48 hours after planting. If soil temperatures are running under 50 degrees Fahrenheit, and you get a cool rain and that seed imbibes cold  water,  you could see stand loss. Most of our growers planting soybeans this spring s have seen soil temperatures well above 50 degrees,” Vann says.

However, freezing temperatures below 28 degrees impacting leaf tissue for four or more hours can kill a soybean plant. In this situation, Vann encourages growers to wait three to five days after the frost to examine the plants for damage before making a decision to replant.

“What you are looking for is healthy growing points and healthy tissue. If the tissue in the growing point is dead, your plant is not likely to recover,” she says.

Vann says yield loss in early season soybeans from cold damage is primarily a function of stand loss not leaf damage. She points to longstanding data gathered by her predecessor, Dr. Jim Dunphy, that shows soybeans planted in May are at  maximum yield potential at a stand of just 75,000 plants per acre. Vann urges farmers to get a good estimate of their stand before deciding to replant.

“Before you make any decisions about replanting, whether its cold temperatures,  or  other early season issues you’re having you need to get an estimate of stand,” she says.

As for corn, Heiniger explains that it takes temperatures below 28 degrees Fahrenheit for more than two hours to kill corn in the V5 to V6 stage. Heiniger encourages farmers to look at the growing point to assess freeze damage to corn. He says it is vital to look for viable green tissue as well as dead tissue.

“If temperatures get cold enough that it freezes down the sheath and goes down to the growing point so that the sheath of the plant acts as a conductor for temperature, that allows  it to reach down and get to that growing point,” Heiniger explains.

As in soybeans, Heiniger encourages corn farmers need to wait three to five days or preferably 7 or 8 days to assess the recovery of their corn plants from freezing temperatures to determine if the plant is viable.

If freeze injury occurs at V3 or V4, there may be leaf loss, but minimal yield loss. “It will shorten the plant by a little but there should be minimal yield loss as long as the stand is not affected,” Heiniger says.