2011 was a tough weather year for many U.S. farmers.Climate statistics for 2011 by the National Oceanic and Atmospheric Administration&rsquo;s National Climatic Data Center indicate that in spite of weather disasters that plagued large areas of the nation, temperature and rainfall averages and other relevant climate data was not significantly different than those for most years.Or was it? You be the judge. 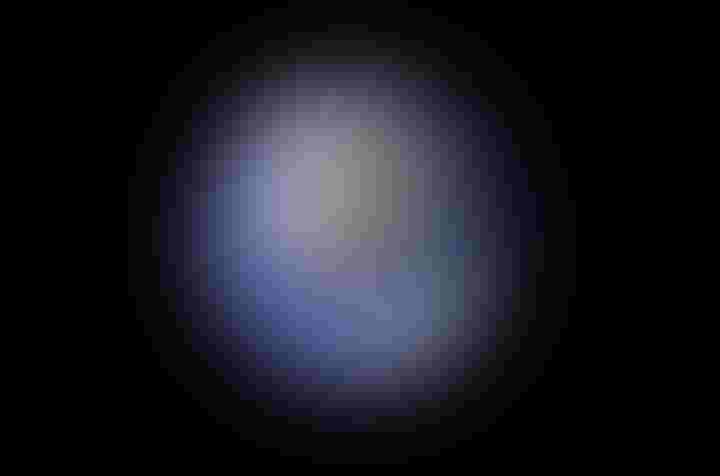 When it comes to a changing climate it has been said that ‘proof is in the pudding’, supposedly meaning a close examination of statistical data will quickly and clearly reveal all the facts. But statistics can be misleading at best, and in some cases downright confusing, as in the case of last year’s climate data.

As most of us know, 2011 was a tough weather year for many U.S. farmers. Exceptional floods, historical droughts, intense and widespread incidents of wildfire, for example, are being credited with costing U.S. agriculture billions of dollars in losses last year.

But recently released climate statistics for 2011 by the National Oceanic and Atmospheric Administration’s National Climatic Data Center indicate that in spite of weather disasters that plagued large areas of the nation, temperature and rainfall averages and other relevant climate data was not significantly different than those for most years.

Or was it? You be the judge.

The average temperature last year for the contiguous U.S. was 53.8 degrees F, just one degree F above the 20th century average. In spite of the single degree difference though, 2011 is proving to be the 23rd warmest year on record. Also by contrast, precipitation across the nation last year averaged near normal, masking record-breaking extremes in both drought and flooding.

Are you confused yet?

Digging deeper into the statistical data for the U.S., it becomes apparent that while many areas suffered extreme weather, there was a balancing of extremes taking place that make 2011’s climate statistics look more normal than they actually are.

Summer (June-August) 2011 was the second warmest on record for the Lower 48, with an average temperature of 74.5 degrees F, just 0.1 degree F below the record-warm summer of 1936. The epicenter of the heat was the Southern Plains, where Louisiana, New Mexico, Oklahoma and Texas all had their warmest summer on record. The 3-month average temperatures for both Oklahoma (86.9 degrees F) and Texas (86.7 degrees F) surpassed the previous record for warmest summer in any state.

With the exception of Vermont, each state in the contiguous U.S. had at least one location that exceeded 100 degrees F. Summertime temperatures have increased across the U.S. at an average rate of 0.11 degrees F per decade. Much of this trend is due to increases in minimum temperatures (“overnight lows”), with minimum temperature extremes becoming increasingly commonplace in recent decades.

Despite a “near normal” national precipitation average, regional precipitation outcomes varied wildly. Texas, ravaged by exceptional drought for most of 2011, had its driest year on record. In contrast, seven states in the Ohio Valley and Northeast, includingIndiana,Kentucky,New Jersey,New York,Ohio, and Pennsylvania, had their wettest year on record.

The past nine years have been particularly wet across the Northeast region as well. Since 2003, the annual precipitation for the region is 48.96 inches, 7.88 inches above the 20th century average. Precipitation averaged across the U.S. is increasing at a rate of about 0.18 inches per decade.

Across the northern U.S., ten states were record wet, and an additional 11 states had spring precipitation totals ranking among their top ten wettest. These precipitation extremes, combined with meltwater from a near-record snow pack, contributed to historic flooding along several major rivers across the central United States.

Drought rapidly intensified in the southern Plains last year, where Texas had only 2.66 inches of precipitation, its driest spring on record. This led to record breaking drought and wildfires, which devastated the southern Plains. Following 2010, during which drought across the country was nearly erased, the 12 percent of the continental U.S. in the most severe category of drought (D4) during July 2011 was the highest in the U.S. Drought Monitor era (1999-2011).

The spring of 2011 brought a record breaking tornado season to the United States. Over 1,150 tornadoes were confirmed during the March-May period. The 551 tornado-related fatalities during the year were the most in the 62-year period of record. The deadliest tornado outbreak on record (April 25-28th) and the deadliest single tornado (Joplin, Missouri) contributed to the high fatality count.

As far as global warming is concerned, the jury may still be out. But globally last year tied 1997 as the 11th warmest year since records began in 1880. The annual global combined land and ocean surface temperature was 0.92 degrees F above the 20th century average of 57.0 degrees F. This marks the 35th consecutive year, since 1976, that the yearly global temperature was above average. The warmest years on record were 2010 and 2005, which were 1.15 degrees F above average.

The argument over global warming may continue for years to come, but if the truth can actually be found in climate data collected each year, it would seem, as with most things, that more data is needed before any concrete conclusions can be made. But it is difficult to argue that 2011 was a strange year for weather around the world.