Ronnie Lee has been named the 2010 Farm Press/Cotton Foundation High Cotton Award winner for the Southeast region.Ronnie Lee Farms, at Bronwood in southwest Georgia, grows 3,500 to 4,200 acres of cotton, 900 acres of corn, soybeans, and wheat, and has a cow-calf operation. It also includes McCleskey Cotton Company, a ginning and warehousing operation, and RCL Flying Service, an agricultural aerial spraying business. In addition, the operation does custom harvesting.Ronnie Lee is quick to point out that it&rsquo;s truly a family operation &mdash; son Ron operates the gin and markets the crop, son Neil runs the day-to-day farming operation, and son Chandler also works in the farming enterprise. 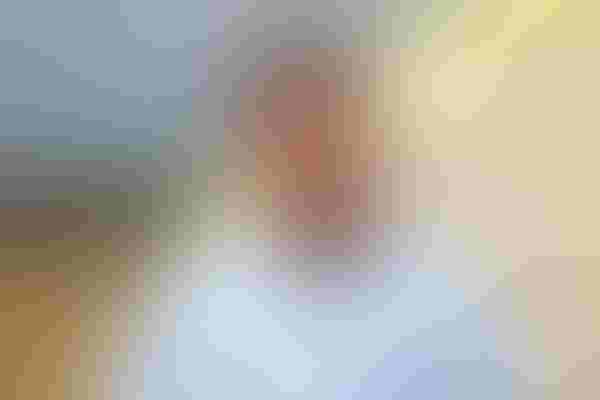 Ronnie Lee has successfully combined the concepts of stewardship and profitability to build Lee Farms into one of the premier cotton farming operations in the Southeast.

In recognition of this accomplishment, he has been named the 2010 Farm Press/Cotton Foundation High Cotton Award winner for the Southeast region.

Lee Farms, at Bronwood in southwest Georgia, grows 3,500 to 4,200 acres of cotton, 900 acres of corn, soybeans, and wheat, and has a cow-calf operation. It also includes McCleskey Cotton Company, a ginning and warehousing operation, and RCL Flying Service, an agricultural aerial spraying business. In addition, the operation does custom harvesting.

Lee is quick to point out that it’s truly a family operation — son Ron operates the gin and markets the crop, son Neil runs the day-to-day farming operation, and son Chandler also works in the farming enterprise.

Ronnie has been growing cotton since about 1992, and started the ginning operation in 1995.

By staying ahead of the game with technology and innovation, Lee Farms has managed to prosper over the years, consistently producing high-yielding and high quality crops.

“We were the first in Terrell County to adopt strip-till and no-till planting practices, eventually helping educate and inform neighboring growers about the benefits of those practices,” he says. “Now, though, we’ve had to modify our system somewhat because of glyphosate-resistant Palmer amaranth pigweed.”

He believes strongly that farmers need to set the example when it comes to environmental stewardship. The adoption of conservation-tillage practices on his own farm has had a ripple effect, with other growers in the area soon taking notice and trying it successfully in their fields. He also uses an intensive cover crop program in the winter months to conserve soil and help with moisture retention, participates in the EQUIP program, and is a strong proponent of the NRCS — in fact, a portion of Lee Farms is dedicated to the Conservation Reserve Program.

The Lees have also been quick to embrace new technology, acting as a proving ground to help encourage adoption by fellow producers.

“We’ve implemented a nutrient management fertility program, using GPS grid sampling on 100 percent of our fields,” Ronnie says. “We use GPS prescription maps for phosphorus and potassium applications. We side-dress nitrogen according to soil recommendations for target yields and apply liquid chelates if minor elements are needed. We use GPS in both ground and aerial applications, which has made fertility more uniform throughout the farm, not to mention greatly reducing waste and increasing efficiency.”

Irrigation has played a large role in the success of Lee Farms; approximately 75 percent of the land is now watered by center pivots. The systems are maintained, upgraded and expanded on a yearly basis and use low-pressure nozzles, end gun controls and water meters that monitor use.

Ronnie also took a first look last year at subsurface drip irrigation on an 18-acre field. “We’ll definitely be adding more drip irrigation this year. It allows us to water smaller fields, there’s no evaporation with drip, and we believe we’ll see a yield increase with it. The biggest disadvantage we see is the danger of tearing up the drip tape. The only reason we can use this system now is because of the accuracy of GPS.”

His drip irrigation trial is one of four in the state, funded by the NRCS, the Georgia Cotton Commission and the National Peanut Research Laboratory.

“We’ve got dryland cotton on either side of the drip field, and we think the drip cotton is at least twice as good as the dryland,” Ronnie says. “I’ve seen drip irrigation in other parts of the country, and I’m pretty excited about it.

“It’s expensive, especially in the first year when you lay the tape, but it’s hard to put a definite number on how much it costs to irrigate any field, whether you’re using drip or center pivot. There are a lot of factors that must be considered. If you install it yourself, and you already have a water source, drip probably would be in the $500 to $600 per acre range.”

Irrigation was a necessity on his farm last year, he says. “We had the best start to the year I’ve ever seen — we got the crop planted early, got an excellent stand, and had good rainfall and a good season until July. About July 4, we received a good rain and then the heat set in.

“There were dryland fields in this area that had yields of zero to 250 pounds per acre — the dryland crop was terrible. Irrigated cotton also was hurt by the intense heat. Where we had plenty of water, we saw the kind of yields we were looking for: 1,300 to 1,400 pounds per acre. But where we had marginal water, even in irrigated fields, we got what would be considered a good dryland yield. It was a very expensive crop on the irrigated side.”

At the beginning of the year, Ronnie says, he thought he might be ginning about 90,000 bales, but the toll from the heat and drought dropped that to closer to 60,000 bales.

Looking at challenges facing Southeastern cotton producers, he says glyphosate-resistant Palmer amaranth pigweed would have to be near the top of the list. “Our pigweed problems here are absolutely awful.”

To combat resistance, he has implemented a system using a high-residue subsoiler and a mulch finisher. He also uses residual herbicides at burndown, planting, postemergence, and at lay-by.

Lee Farms also is enrolled in Syngenta’s Agri-Edge recordkeeping program, which documents chemical application, timing and cost for each field. Another herbicide program, Resistance Fighter, is used to develop prescriptions on individual fields for resistant management practices. The remaining pigweeds are then pulled to insure that no seeds are added to the soil.

“I consider the pigweed problem as similar to the boll weevil,” Ronnie says. “There are just so many seeds per plant — as hard as we try, we can’t keep all of our field ends mowed to prevent every seed from germinating. Resistance travels through the pollen, and I don’t know how we’ll solve the problem without some sort of eradication-type mentality, because there will always be some farmers who won’t do what needs to be done.”

With a new farm bill on the horizon, he also is concerned about how future legislation might define a family farm.

“I have a family farming operation, but it shouldn’t matter about its size — rather, it has to be considered as an economic unit. No one tells a doctor how many patients he can see, and no one tells a drugstore chain how many stores they can operate.

“When we buy a cotton picker, we figure we have to use it on a minimum of 2,500 acres. They don’t make them any smaller or cheaper. So, we have to become bigger to stay in business and control costs.”

Sons Neil and Chandler head a harvesting crew that uses four six-row John Deere pickers with onboard module builders. He leases pickers on a yearly basis, believing that running new equipment is one of the most cost-effective ways to reduce downtime and increase production efficiency.

The current run-up in cotton prices certainly is good for growers, and he hopes it will continue.

“We don’t know how well demand will hold up in this economy, but I think we’ll get at least a couple of years of good prices. Farmers will grow a lot of cotton, but they’ll also grow a lot of corn, especially if it stays in the $5 range. Corn is an easy, quick crop to grow, and we now have the infrastructure for it. Cotton is expensive and intensive to grow in the Southeast. For the past two years, I feel our operation has been as stable a business as there is out there — but we’re still not making any money.”

Ronnie markets his cotton crop through several venues; a portion of it is marketed with Staplcotn through its seasonal pool option and another part through several U.S. merchandising companies via forward basis contracting.

Ronnie and his wife, Nancy, have five grandchildren. He is a producer delegate to the National Cotton Council, a board member of Cotton Incorporated, American Cotton Producers, and Southern Cotton Growers, Inc., and is chairman of the Georgia State Committee of the FSA.