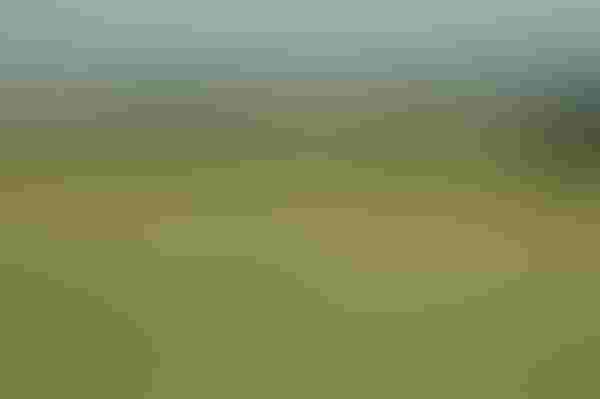 Practically the entire state got at least 1 inch of rain during the last week of September to Oct. 1, with many regions getting as much as 9 inches, according to the National Weather Service.

At least 80 percent of the state got at least 1 inch of rain, according to Dr. Travis Miller, associate department head and Texas A&M AgriLife Extension Service program leader in the Texas A&M University soil and crop sciences department.

“The downside, somewhat, was that it was too late to benefit some cotton in the field, and if it was ready to harvest, we may have some quality issues,” he said. “But overall, it was a major ‘upside.’ We had almost none of our wheat crop up, though there was quite a bit dusted-in (planted on dry ground), and this will get it up.”

The Far West, West Central and South Plains regions were the greatest beneficiaries, he said. Because of the drought, the area had very little, if any hay stocks going into the winter, and the prospect of winter grazing will mean they will likely be able to carry remaining cattle through the winter.

“It didn’t (rain) much in the El Paso area, but the Midland, Odessa area and over to Abilene and south to San Angelo got a tremendous rain, up to 10 inches or more,” Miller said.

This means a lot of other cool-season forages will be planted as well. And it’s even a benefit for those cotton growers who disastered-out their cotton earlier. Insurance policies allow them to plant another crop, usually wheat, after the cotton crop is destroyed; the moisture will now make a good crop possible. Current prices for wheat make it an attractive prospect, even if the cotton farmer doesn’t have cattle to feed.

The rains were also good news for many small towns and rural communities as reservoirs they relied upon for drinking water were at historically low levels because of the drought. For example, Twin Buttes reservoir, that serves San Angelo, gained 8 feet soon after the rains, according to Steve Byrns, AgriLife Extension communications specialist, San Angelo.

O.C. Fisher, another reservoir at San Angelo, was completely dry before the rains, but gained 6.5 feet, Byrns said. Water levels of other reservoirs in the region rose just as dramatically.

“The O.H. Ivie Reservoir reportedly gained 16 feet, and the E.V. Spence, which has gotten so much press in the last year, rose 22 feet — this was a shocker!” Byrns said.

The water levels of all reservoirs could be further raised by continued run-off.