While meat processors are catching up on a backlog of market-ready hogs, pork prices are 34% below pre-coronavirus shutdown levels. 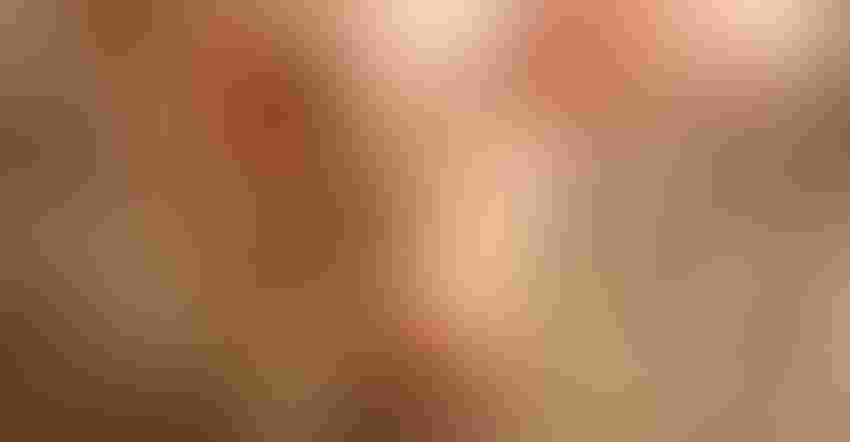 LONG ROAD: With a long road to recovery ahead for the pork industry, the Illinois Pork Producers Association is advocating for further state and federal relief for producers. Holly Spangler

Pork meatpackers in Illinois and along its borders are back to full capacity, working Saturdays as they catch up on a backlog of hogs. But wholesale pork prices are still 34% below where they were before the coronavirus shutdown took hold in March.

While some commodity prices have recovered better, or at least didn’t sink as steeply, pork has been especially hard hit by the drop in demand from conferences and restaurants. Jennifer Tirey, executive director of the Illinois Pork Producers Association, says the owners of pigs, whether they be independent pork producers or large contract operations, need relief to recoup losses sustained by large depopulations.

At Borgic Farms based in Raymond, Ill., Phil Borgic says the eight grower-cooperators he works with that hold market-ready hogs were able to avoid large-scale depopulation. Rather, Borgic tightened grade standards for piglets and performed a sow culling, helping the contract-based operation hold market-ready pigs longer with some adjustments to diets.

Borgic’s backlog of market-ready hogs will be worked through by the end of the summer.

“There’s inconsistency with the meatpackers. We don’t know what they’ll be able to harvest today, and more importantly, four months from now,” Borgic says, noting he invests 11 months in advance of sending a hog to a processor.

Related:Hog depopulation plans move from drawing board to reality

Prior to the COVID-19 pandemic, Borgic Farms kept extra pigs to sell on the open market. It’s now trimmed back that part of the business. Borgic is waiting to see how fall ends up before changing plans further.

“We hold our sow and production people accountable for a certain number. And now we don’t know what that number is supposed to be,” he says. He explains that pig numbers increase every fall, and he worries meatpackers may not be able to handle the surge in supply when it comes in 2020.

Tirey says conferences and restaurants have an underappreciated role in sustaining demand for pork. Before packing plants slowed down, the drop in demand for large pans of bacon and other products led prices to drop.

“Conferences, where you’d see a lot of activity for our products — those were the first thing to go. Food service really hasn’t ramped back up yet to their full capacity,” Tirey says.

She says hog producers who had to use depopulation of market-ready hogs have taken a hit to working capital. More common in Illinois were situations like Borgic’s, who avoided depopulating market-ready hogs. Unconventional marketing helped, but pigs across the state were also given away.

IPPA is advocating for state and federal relief for affected producers. In its latest state budget, Illinois made $5 million available to help producers during a market disruption; details on how to apply will come out in the next few weeks, with instructions at ilpork.com.

“It is great that the supply chain is moving more of what we’re used to,” Tirey says. “However, we’re still hearing from pork producers across the state that are having difficulties with pricing. They’re hopeful that we will be able to secure some additional financial relief at the federal level.”

While the number of new and updated pork operations that have applied for permits through the state of Illinois is down 20% compared to this time last year, producers are in a holding pattern to see where the market goes in the fall.

Tirey adds there’s a silver lining to the COVID-19 price disruptions: For one, the emergency allowed IPPA to lobby the state government to amend its dead animal disposal act. Windrow composting and shallow burial are now allowed in certain conditions, Tirey says. The change took a couple of weeks to implement, and now that it’s done, producers don’t have roadblocks on disposal options if a foreign animal disease were to appear.

“Another silver lining is that a lot of families are now cooking at home more. We’re trying to utilize this opportunity to educate them on proper cooking temperatures and the versatility of our product,” Tirey concludes. “We also see more demand for local lockers. I think a lot of those customers are going to be continued customers.”