While previous research in Alabama has shown very little soybean sensitivity to saflufenacil herbicide, some growers reported stunting in 2013.Test results will need to be verified in other studies, but data from this past year indicates a need for more screening of soybean varieties for their sensitivity to this chemistry. 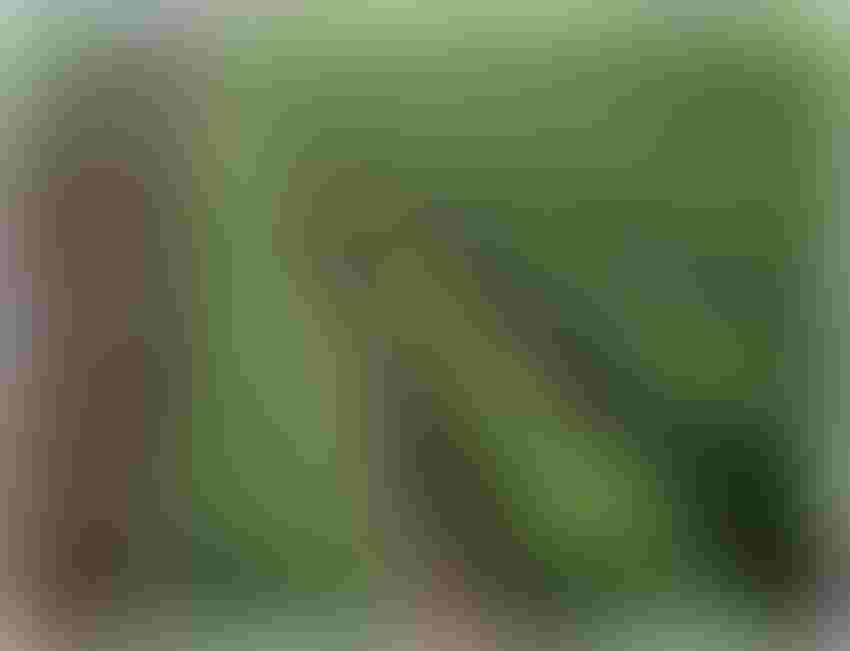 Research during the past two years on sandy soils in Alabama has shown very little sensitivity to the herbicide chemistry saflufenacil. However, several reports in 2013 of stunting of soybeans on both sandy loam and silt loam soils indicates more work is needed, says Charlie Burmester, Auburn University Extension agronomist.

Saflufenacil is registered as a selective herbicide, developed for the control of broadleaf weeds by pre-plant and pre-emergence applications to several crops, including soybeans.

To test the sensitivity of soybean varieties to saflufenacil chemistry, 23 soybean varieties were planted into wheat stubble on July 10, on a silt loam soil at the Tennessee Valley Research and Extension Center in Belle Mina, Ala.

Soybean varieties were planted as one-row plots with two replications. A portion of the planted area had been treated the previous day with Sharpen (1.5 and 2 ounces per acre) and Verdict (5.0 and 7.5 ounces per acre) herbicides. These gave active ingredient pounds-peracre saflufenacil rates of 0.033 and 0.44 for Sharpen and corresponding rates of 0.022 and 0.033 for Verdict treatments. After soybeans were planted, the same rates of Sharpen and Verdict herbicides that were applied pre-plant were applied to the untreated plot area.

All herbicide treatments included Roundup Weather Max at 32 ounces per acre in all plots. Three Roundup Weather Max-only check plots were established on both ends and in the middle of the test area for ratings comparisons. Rainfall of 1.8 inches was recorded the night after planting.

Soybean injury ratings of 0 to 5 were taken on July 23, Aug. 2, and Aug. 15. The soybean ratings on July 23 indicated several soybean varieties had increased sensitivity to saflufenacil.

Sensitivity rating to saflufenacil increased at the Aug. 2 rating, especially for varieties that showed injury symptoms during the first rating, says Burmester. The Aug. 15 ratings indicated some recovery by certain varieties that previously had stunting and discoloration symptoms.

It must be noted, he says, that saflufenacil treatments were applied close to planting to produce saflufenacil injury symptoms, and this is not a recommended practice.

While these test results will need to be verified in other studies, this data indicates a need for more screening of soybean varieties for their sensitivity to this chemistry in the future, he says.