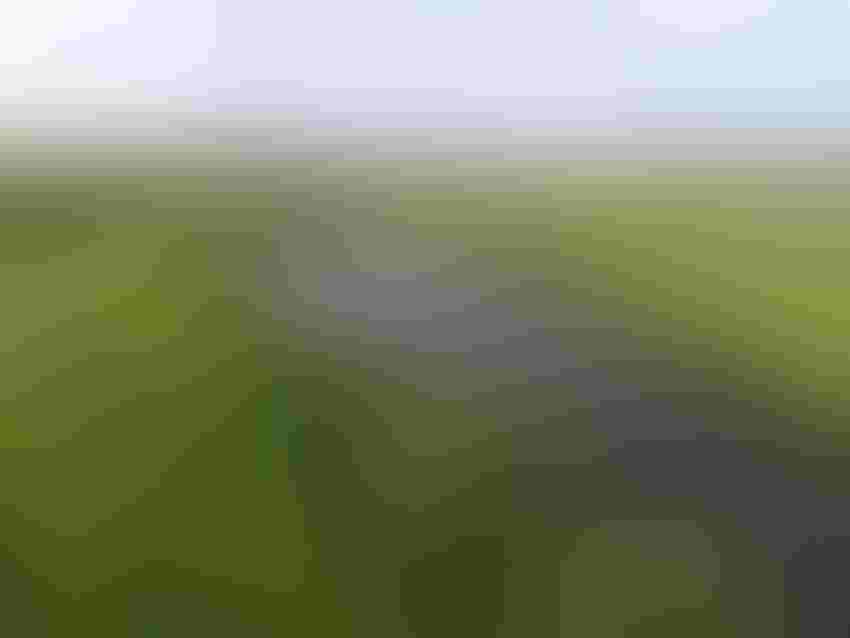 Experienced farmers know which areas of the farm produce the best and worst crops, and some may have culled unprofitable patches of land from crop production, much like producers cull low-producing cows from a cow herd.

What’s different these days is that technology is now available to precisely select those pieces of a field, and then make smart decisions to set those parcels aside for wildlife, water quality, or soil-saving conservation programs.

Lee Wisecup and son Art fight flooding and wet gumbo soils most years on the Missouri River bottomlands near Missouri Valley on Iowa’s western border. Battling the opposite terrain, Bob Zimmerman and son Brandon Buffington farm the hills of eastern Pottawattamie County, where they constantly guard against erosion. 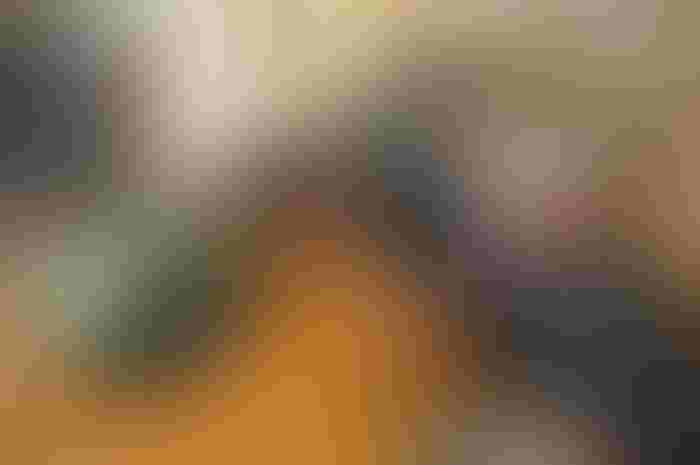 Along with soils and weather challenges, both farms must educate landowners on issues with fields.  Zimmerman rents land from two landowners—Brandon from three—while the Wisecups farm for the family corporation, where they answer to Grandpa Wisecup, his four sisters, and a handful of cousins who live all over the country.

These two operations are quite different, but they have a common goal: grow corn and soybeans on profitable land only. That means culling unprofitable fields or parts of fields from corn and soybean production, and putting those lands into alternative uses that have a better chance to make a profit.

Wisecup and Zimmerman are two of more than 20 farmers in a nine-county area in southwest Iowa that are using web-based technology called Profit Zone Manager to analyze their entire operation to identify unprofitable areas. They’re supported by a team of professionals—agronomists and a precision ag specialist from Heartland Co-op, a precision ag specialist and biologist from Pheasants Forever, conservationists from NRCS, and support from Ag Solver, the company that developed Profit Zone Manager.

Pheasants Forever and NRCS hired precision ag specialist Jeremy Biggs in late 2015 and Heartland Co-op offered office space to begin using the technology with farmers. The Wisecups were among the first.

“Like a lot of farmers, we’ve got the technology to record data, but who really puts it to good use?” asks Art Wisecup. “We knew some parts of the farm were not profitable, but how do you show someone in Philadelphia which parts of the farm are producing and which aren’t?” adds Lee. “We have 14 people on the [family farm corporate] board from all over the country, and that’s only going to get more complicated. They don’t realize how much of a profitability drag a low-lying wet spot can be. Years ago, it took $70 to put in an acre of corn—now it’s more like $700 an acre. We felt like a conservation program would be a better fit for some of the land, but we needed help with which program and where.” 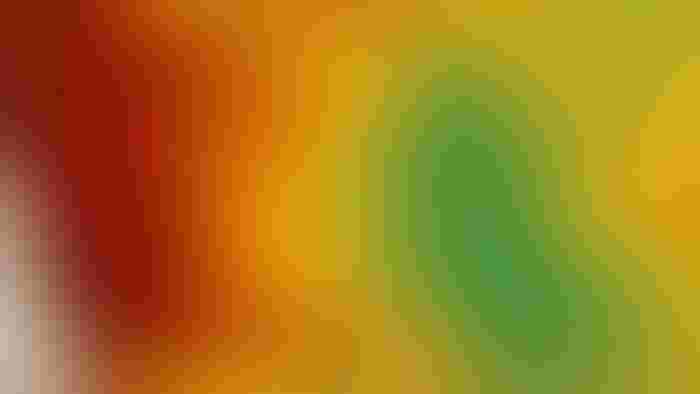 “They explained to everyone, face to face, how the program could help us make business decisions. In that meeting the CRP light changed from a solid red—no CRP—to getting the green light,” Art says. “When they laid the profitability map over a LiDAR elevation map and the low areas matched up with the unprofitable areas, it made all the difference.”

Across 10 contracts, the Wisecups are now shifting 250 acres into CRP, out of the 1,850 acres they crop. They’re not whole fields in most cases—11 areas from 9 different fields were selected. “I wouldn’t have dreamed that we would put so much land into CRP,” Lee says. 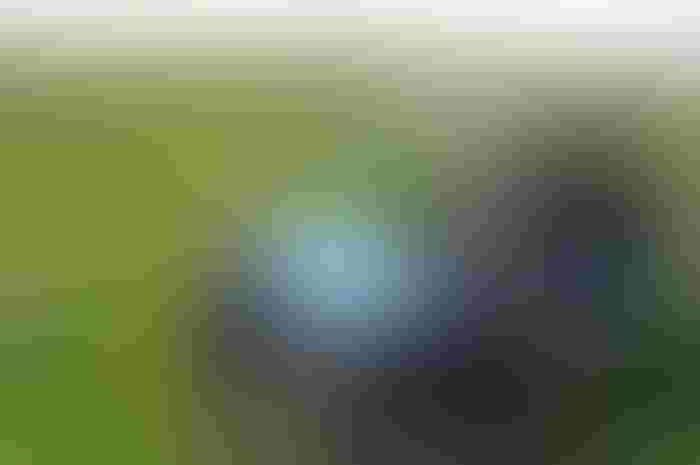 Salick helped the Wisecups sort out conservation programs. Some land is going into a wetland restoration program, some to a pollinator habitat program, and some into the SAFE (state acres for wildlife enhancement) CRP to develop quail habitat. “I farm the land on a 50-50 share with the family corporation. All the CRP payments go to the corporation, but even though I don’t get the CRP payment, it’s a good thing for me because I’m not losing money farming that poor land,” Lee says. “I’d say what they’re doing is precision conservation,” Salick says, noting yields on the farm can vary from 40 bushels an acre on low lands in wet years to 230 bushels an acre on other bottomlands.

Biggs says with last year’s low commodity prices and high input costs, Profit Zone Manager projected a loss of $24 an acre over the whole operation. “Had those low producing areas been converted to conservation uses, the farm would have shown a profit of $60 an acre,” Biggs says.

“We’re not farming through some drainage areas now,” Lee says. “We knew we weren’t getting good yields there, but the program put numbers and locations to it, visualizing it in high resolution maps. When you can visualize it, not farming those unprofitable areas seems like a no-brainer.”

As a result of visualizing low producing acres, the Wisecups are also widening some buffer strips, and taking corners of pivot irrigation out of cropland.

“The people at Ag Solver say on most farms, from 3 to 15 percent of the land being cropped will be unprofitable,” Biggs says. “That was the case for the Wisecups. It’s amazing to me what a difference it makes in the profitability of the whole farm when you take just that much low producing land out of the equation.”

Longtime conservation farmer Bob Zimmerman is only a few months into using Profit Zone Manager, but he expects to use it more to confirm conservation decisions were a good economic choice. Zimmerman is creating a 120-foot wide, quarter-mile-long filter strip along Walnut Creek, where he also wants to install a saturated buffer to take more nitrates out of tile water. “I know it’s the right thing to do for the land and water and wildlife, but I’m interested in the economic analysis, too,” he says. 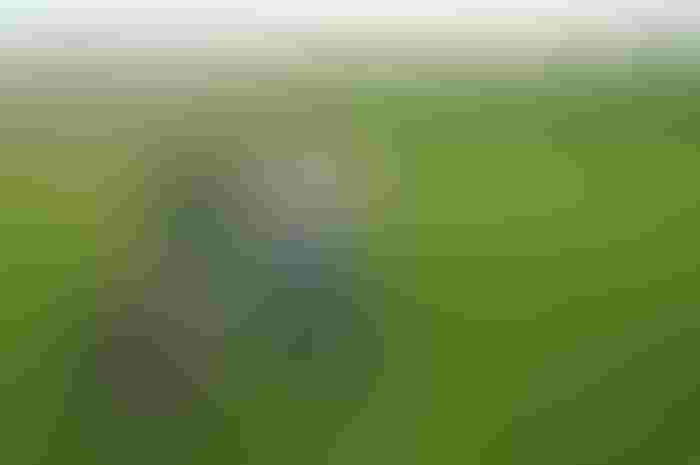 He thinks back 13 years ago when he tried farming a 30-acre piece of low-lying pasture along a stream for five years. “We made money one year, got our seed and fertilizer cost back two other years, and didn’t even come close to breaking even the other two years,” Zimmerman says.

“That showed me we need to stick to our idea of getting the most out of our best ground, and taking our weak areas out of crops for another use,” he adds. “Some lessons hurt, but making a mistake isn’t the end of the world if you learn from it.”

Zimmerman was one of the first in the area to put land into the Wetlands Reserve Program when he entered that 30-acre piece into the program. “Wildlife is important to me; now I’ve got my own little private pheasant area in that wetland and filter strip,” Zimmerman says.

Even though Zimmerman already has a lot of CRP—nearly half the 500 acres at Southplace, a second farm he manages, are in CRP—he wants to see if more acres would be more profitable in a conservation use. He’s also examining the economics of cover crops, and wants to ground-truth return on investment for variable rate fertilizer and seed with the program. “We’ve looked at the economics with standard input costs, but we want to take a closer look with our own inputs,” Zimmerman says.

“You never want to close your eyes to new information,” Zimmerman says. “We might find a new area with this program, or find an existing conservation area that can be more profitable if it’s expanded.”

NRCS has been evaluating tools nationally that mainstream economics into conservation planning, Adkins says, and that evaluation includes a national pilot project with Ag Solver. Biggs is the first Pheasants Forever precision ag specialist in the country, and the southwest Iowa project is the example Pheasants Forever wants to follow nationally.

“Profit Zone Manager is available to any farmer as a one year subscription for $1,995,” says Biggs, “and that comes with four hours of consultation from Ag Solver. It isn’t that hard to find $2,000 in savings for a farmer who uses it on his own, but the added value of the program here is the more comprehensive support from a team of professionals.”

Biggs shares an office at Heartland in Neola, Iowa, with precision ag specialist Garrett Buckley, and serves as a consultant of sorts, working with Pheasants Forever, NRCS, and FSA as he analyzes the economics of an operation. “It reduces clutter for the farmer,” Biggs says.

“When someone is interested, the first thing we do is gather as much yield data and information on inputs as we can. We put dollars and cents on every acre across the whole enterprise, mapping out ROI on areas down to a 10 by 10 foot scale.”

One feature farmers appreciate is the ability to run scenarios on unprofitable areas. “If a farmer is losing money year after year on an area near a tree line along a stream, we can see what would happen economically if a CRP filter strip were established,” Biggs says, “or what would happen if plant populations were reduced to compensate for less light and moisture in that area.”

“We look at ROI a lot—yields aren’t the best indicator of economic success,” Biggs says. “What we’re trying to do is to help a farmer reduce expenses and risk, address environmental concerns, take care of natural resources and make a profit.”