Pandemic uncertainties turn to relief as beef markets open up; challenges remain for 2022 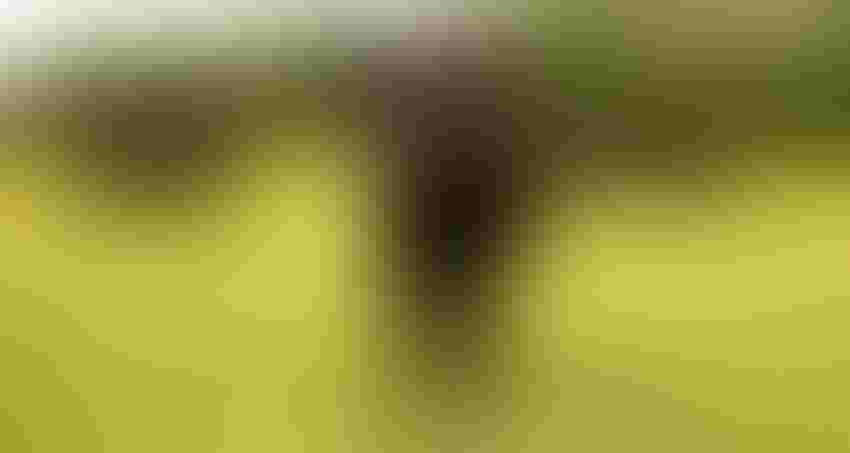 After a rough 2020 because of COVID-19 lockdowns, beef producers saw a rebound in prices in 2021. These curious spring calves were grazing in Johnson County. U of A System Division of Agriculture photo by Fred Miller

An element of uncertainty for beef producers coming into 2021 turned to relief as retail markets reopened and people began eating out again after a year of lockdown because of COVID-19.

The pandemic hit beef markets hard in 2020, and the industry was hoping 2021 would be a year of recovery, said James Mitchell, assistant professor and extension economist for the University of Arkansas System Division of Agriculture.

“Coming into 2021, we were still dealing with difficulties from COVID,” Mitchell said. “But as things began to loosen up, demand for beef was higher and prices rebounded.”

Some of the challenges of 2020 initially spilled over into 2021 and were complicated by the weather for Arkansas’ predominantly cow-calf operations, said Shane Gadberry, professor and extension livestock specialist for the Division of Agriculture.

“At the state level, our producers faced some challenges at the start of the year,” Gadberry said. “We had increased costs for production and an unusual snowfall in February. Some producers experienced losses when cattle wandered out onto frozen ponds and fell through the ice.”

Cooler spring weather stalled warm season grasses and armyworms hit a lot of fields all summer long, creating a shortage of hay, Gadberry said. That shortage was compounded when some producers had to feed hay early because drought had dried up pastures.

Although many areas experienced dry weather and even drought, Gadberry said the weather was spotty. Some counties had drought in some areas and adequate rain in others. Those who had good and timely rains were OK.

The best news for producers was the higher prices for beef.

“The past few weeks, Arkansas feeder cattle and calf prices have been up 6 to 12% over the five-year average,” Mitchell said. “They’re high on both year-to-year and historical standards. You’d have to go back to 2015 to see similar prices.”

Input costs are also up, Mitchell said. Very dry weather in many areas of the state, even reaching drought conditions in some places, reduced hay crops by 13% according to U.S. Department of Agriculture Oct. 1 estimates. Milder summer weather and adequate rainfall in parts of the state helped some producers make up their shortages.

But drought in other states has caused many producers nationwide to make hard decisions about the size of their beef herds, Mitchell said. Hay shortages and high grain prices have driven many beef operations to liquidate their herds. Despite the extra cattle moving into beef production, cattle prices have remained high and driven the cattle cycle further into a liquidation phase.

“We’re seeing improving feedlot inventories, and higher fed cattle and feed prices provide incentives for feedlots to market those cattle quicker,” he said. “It took longer than expected, but we are starting to see feedlots work through those heavy front-end supplies that were a concern in early 2021.”

“At the national level,” Gadberry said, “extreme drought coupled with a shorter grazing season in areas of Montana and the Dakotas meant ranchers had to sell off stock. The national trends affected Arkansas more than local impacts.”

Beef cow slaughter is averaging 10% to 12% higher this year, which implies an 11.5% cull rate. Mitchell said that was higher than usual, mostly because of droughts in the west. “But high demand for ground beef kept prices up despite the greater number of culled cows.”

Mitchell said the markets were seeing 17% higher prices for culled cows. “The prices have held up despite higher cow slaughter.”

Fluctuations in cattle prices and feed prices, and weather patterns that include drought drive periods of herd expansion and reduction, Mitchell said. “The cattle cycle is driven by profitability and drought.”

The current cycle began with herd expansion in 2014 and peaked in 2018-2019, he said. Since then, declining cattle prices mixed with drought, mostly in the west, have driven a liquidation phase. Eventually, declining cattle inventories will drive up prices, which is what we are starting to see this fall. “We expect liquidations to continue into 2023,” Mitchell said.

“Typically, beef producers see lower prices in the fall because most Arkansas operations sell spring-born calves,” Mitchell said. “A surge of feeder cattle in the fall tends to drive the prices down. But prices are staying high this fall.”

“Prices finished strong in 2021, but beef producers will face challenges in 2022,” Mitchell said. “Winter feed prices are up and hay supplies are down. So, they will be looking at higher costs, especially during the winter.”

Producers are paying 15% to 30% more for a bag of supplemental feed, Gadberry said.

Some producers are still facing weather-related problems going into winter, Gadberry said. Besides the issue of having enough hay and the high costs for supplemental feeds, water for the cattle may become a problem. “With most of Arkansas experiencing severely dry conditions and isolated pockets of drought, ponds are getting low,” he said. “What rain we’re getting is going into the dry ground. If we don’t get enough rain soon to runoff into ponds, we’re looking at water problems.”

A mild winter could help ease feeding problems for those short on hay, Gadberry said. “Temperature and moisture affect energy needs for grazing cattle. Cows can tolerate a pretty cold day, but if it’s also wet it increases their energy demands and they’ll have to eat more calories to stay warm.

“A dry winter will help,” he said. “But if it gets cold and wet like two years ago, it will be a problem. If temperatures are in the upper 30s and rainy, it’s hard to keep a cow fed enough to keep warm and meet its metabolic needs.”

With feed prices high, some farmers may have to make a hard decision. “The decision comes down to, do I feed or do I sell?”

Going into next year, fertilizer prices are expected to rise, increasing the cost of keeping green pastures and growing hay. “If fertilizer prices get too high, some may have to decide to reduce herd size, allowing more acres per cow to offset any reduction in fertilizer,” Gadberry said.

“The local foods movement is a big help. There continues to be a strong interest in locally grown beef,” Gadberry said. “And we’re seeing investment from the state for infrastructure improvements for in-state beef processing.

Gadberry said the Arkansas Department of Agriculture will be investing in the hiring and training of state meat inspectors in coming years. That would support more opportunities for retail sales of cuts of meat in addition to the sides of beef traditionally sold in Arkansas through custom exemption.

“Our hope is to see continued demand for locally grown meat that will incentivize producers to grow supply to make products easily accessible to Arkansas consumers,” he said.

Source: University of Arkansas Division of Agriculture, which is solely responsible for the information provided and is wholly owned by the source. Informa Business Media and all its subsidiaries are not responsible for any of the content contained in this information