Run the numbers to see if custom manure application is right for you. 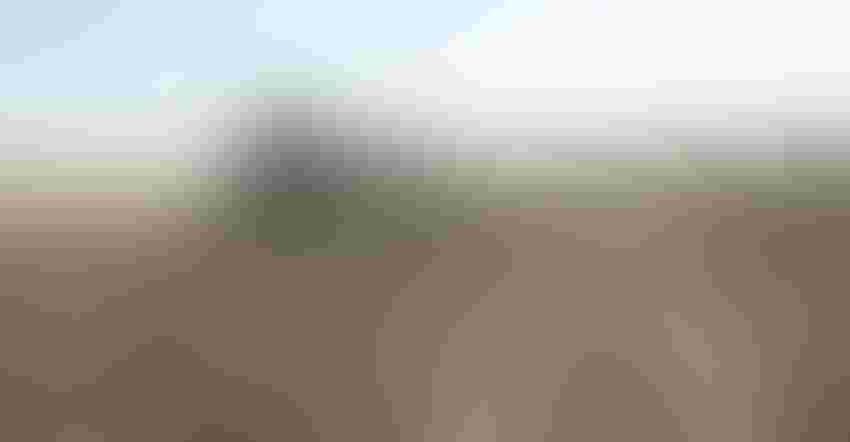 VALUE ASSETS, TIME: Hiring a custom manure applicator may be a better option for farmers when one considers the purchase price of equipment and the extra time it takes, time a farmer can dedicate to other operations that may get put aside when the window for manure application is open. Courtesy of National Pork Board

If you want something done right, do it yourself.

That may not necessarily be the case if you are talking about applying manure. A panel discussion during the recent virtual North American Manure Expo reveals that if producers run the numbers, it may indeed be beneficial to hire a custom applicator.

John Molenhuis, business analysis and cost of production specialist with the Ontario Ministry of Agriculture, Food and Rural Affairs, says farmers need to know their own costs to help determine if turning manure handling over to a custom applicator is the best move.

Once a producer factors in not only their equipment costs, but also their time and labor, they then need to put their own numbers up against custom applicator rates.

Such surveys are “positioned as a guide, a starting point for those to get a sense of what their costs are,” Molenhuis says, “then start looking at those custom rates to make the decision whether it’s better for me to do it myself, or is it cheaper for me and better for me to work with the custom applicator.”

Molenhuis says this numbers exercise may also help producers assess other possible ways to obtain equipment to do the job, whether that be by renting, borrowing or purchasing.

Dan Brick obviously looks at the numbers in his operation, but “at the end of the day, a lot of it comes down to labor. As a producer, I’ve got a lot of other things to focus in on.”

Farmers often simply look at how to get manure hauled quickly and cheaply. “We’re trying to change that mindset that manure is a liability. It should be an asset, but for a long time, it’s been looked at as a liability,” says Brick, fifth-generation owner of Brickstead Dairy LLC at Greenleaf, Wis.

Managing the 1,000-cow dairy, 1,200 acres and 13 employees is quite the undertaking, and Brick sees the value in hiring a custom applicator to apply the dairy manure to the no-till ground.

Considering all its acres are no-till, Brickstead Dairy tried out a low-disturbance manure applicator with such favorable results that its custom applicator purchased a unit similar to the one demonstrated on the farm.

Adrian Guntensperger and Rick Martens bring the perspective of custom manure applicators to the discussion.

Guntensperger is the owner of Guntensperger Farm Services Ltd. (GFS) near Seaforth, Ontario, and his firm specializes in dry manure application.

In addition to being a custom applicator, Martens is also the executive director of the Minnesota Custom Applicators Association.

As a custom applicator, Guntensperger says to establish a custom rate, he takes into consideration the same factors farmers look at when figuring their own costs of operation: cost of equipment, depreciation interest, repairs, fuel, labor and trade-in or salvage value, among other related costs.

“If you are a dedicated custom operator, one thing to keep in mind is that ‘other overhead’ may be larger than if you’re a farm that’s just looking to do one or two custom operations,” he says, “like your accounting fees, your cellphone bills. All those things that may be paid for by the farm, but if you’re a dedicated operator, all that is factored in that custom rate.”

Guntensperger shares numbers of three of his clients to illustrate their savings to have GFS spread the dry manure rather than each farmer handling it themselves. The first example is a chicken farm that produces 560 tons of manure to be spread on 120 acres. This producer sees a savings of just under $3,400 (Canadian dollars) by hiring a custom applicator.

The second scenario Guntensperger shares needs 2,660 tons of manure from a dairy beef operation spread over 262 acres. That producer would see a savings of just under $9,400.

The final example is a turkey farmer who has 1,466 tons of manure produced, but the manure will be trucked to the field and windrowed over 300 acres. That operation saves just over $5,700 by using a custom applicator rather than applying the manure themselves.

“This guy used to do all his own spreading, and when we started working for him three years ago, he said his cost was $5 a ton,” Guntensperger says. “He said for him it’s a no-brainer because what I charge him is the same as his own cost, and his reasoning was that they just don’t have the time, and they’re tight on employees.” While it took the producer three to four weeks of the year to cover the ground, Guntensperger’s crew is able to cover the 300 acres in a day.

“He has one guy spreading cover crop ahead of us. We’re doing the spreading,” Guntensperger says, “and he says the timeliness of getting the field worked, getting his cover crop established, is worth more to him.”

The savings in Guntensperger’s examples occur mainly due to the time to haul and apply the manure, time that Brick says can be used for getting winter wheat, cover crops, triticale and rye in the ground and growing.

“We’re not just looking at the cost of manure hauling,” Brick says. “It’s what we’re losing on the other end by spending all our time manure hauling, and making sure we get it done correctly.”

While keeping an eye on operating costs, Martens says he also keeps an eye on what is going on in the marketplace. That includes knowing what other custom operators charge, as well as knowing fertilizer prices and commodity prices.

“I do mostly dairy, so what are milk prices doing? If their prices have been low, it’s hard for me to justify raising my rates,” he says. “We need to keep the prices fair for both us and the customer.”