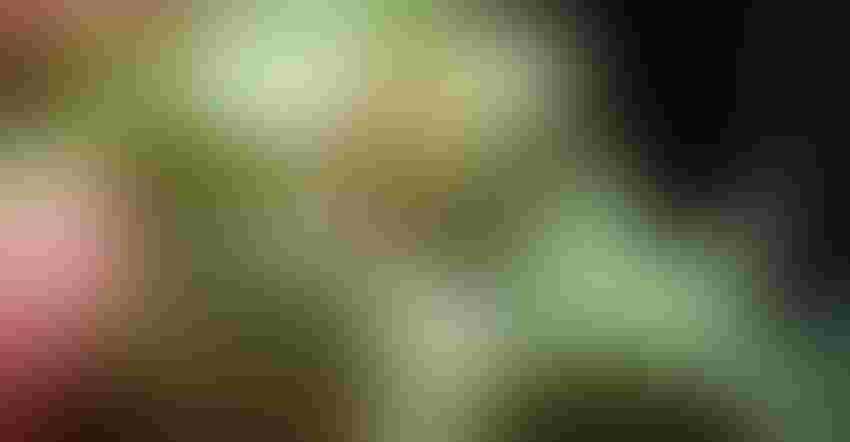 When considering 2-gene and 3-gene technology in cotton, producers should examine some key factors such as early planting, bollworm pressure, and preventing resistance to determine when and where to plant 3-gene technology.

Scott Stewart, professor and IPM Extension specialist in Entomology and Plant Pathology for the University of Tennessee at the West Tennessee Research and Education Center in Jackson, Tenn., answered Delta Farm Press questions about 3-gene technology in cotton.

About how much 3-gene cotton will be planted in Tennessee?

"My best guess is we will be around 20% 3-gene cotton in Tennessee, and according to my cotton specialist, we will likely see a big drop in cotton acres, maybe also close to 20%.

"It looks like we're going to have a slightly higher percentage of the WideStrike 3 cotton, which would be the 2,4-D-tolerant, as well as a little bit more of the Bollgard 3. The vast majority is going to be Bollgard 2 cotton."

How does 3-gene cotton varieties compare to some other varieties available? Are there any limitations to them? Do they yield as well and produce the fiber quality farmers need?

Related:Farmers dealing with weather in another wet spring

"I think the 3-gene cotton is good but has a little bit of catching up to do, which is common when bringing out new technology. There is also not a lot of data yet. There's an interest in the 3-gene cotton varieties because of the extra level of bollworm protection we're getting from them versus other varieties. What we've seen in the last couple of years with the Bollgard 2 technologies and other companies with the two-gene technologies is we're having to spray them for bollworms fairly frequently."

What measures should farmers take to prevent resistance to 3-gene cotton?

"There are subtle differences in the bollworm control provided by the various 3-gene technologies like Bollgard 3, WideStrike 3, and TwinLink Plus. However, they are all generally good enough that we don’t expect insecticide applications will be needed except in rare cases.

"However, I’m trying to discourage people from using the same Vip technology in corn that is used in all the 3-gene cotton technologies. As a group in the Mid-South, we don't promote people growing what we call Vip or Viptera corn because we don't see it as necessary in corn. Corn earworm isn't a major threat to corn, whereas we know it's a major threat in cotton."

What are the differences as far as using the 3-gene technology in cotton versus corn?

"Most of our data in the Mid-South suggest that corn earworm, which is the same thing as bollworm in cotton, doesn't cause any substantial yield impact in corn, even though it's very common in the ears. In contrast, we know in cotton it can be a significant yield-robbing pest. How much it hurts yields in cotton varies depending on how bad the infestations are and whether you spray them. It's very possible to lose 200 to 300 pounds of lint from not doing a good job of managing bollworm in BT cotton. Yield loss caused by corn earworm in corn is not common.

"Some data is showing that Vip technology might be beneficial in corn by reducing mycotoxins, especially fumonisin, but we typically don't see a big issue in the Mid-South with fumonisin. However, we prefer people not to grow Vip corn because all we're doing is exposing the corn earworms to the Vip toxin in corn right before they go to cotton and get a double dose. Growing the same traits in corn as in cotton may have gotten us in trouble with cotton to begin with. Long-term, the market will probably shift to primarily corn with the Vip trait, but we are suggesting dragging your feet, per se, on using that technology in corn.

"As a general reminder, we have other pests besides bollworm. Bollworm is a threat, but we need to make sure we manage our key pests. You can do well managing bollworms, but if plant bugs strip your crop, it's not going to matter.

"Another simple management strategy for resistance isn't to prevent resistance. Instead, try to plant your crop early and manage the crop for earliness. When we do that, we tend to run into less pressure. Our later crop will be more susceptible to bollworm. If we can manage for earliness and do a good job with general crop management in cotton, that helps mitigate problems with resistance in the first place."