Shipments are expected to continue into January, industry group says 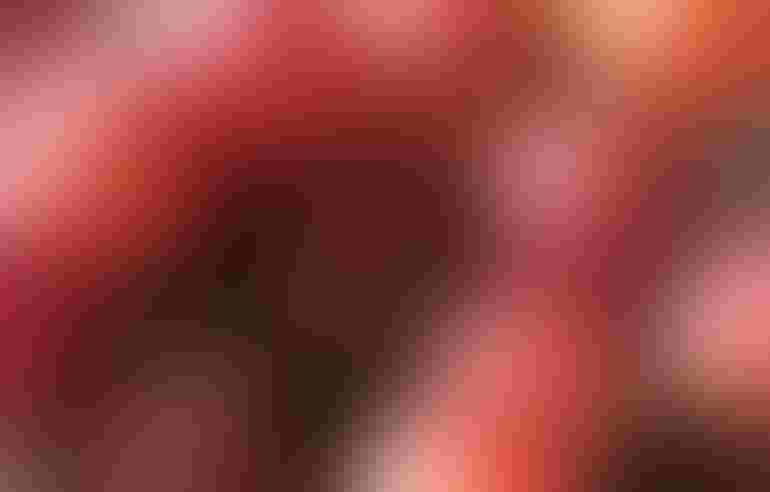 Growers of fresh grapes in the Golden State are harvesting a projected 109 million 19-pound boxes and will continue shipping into January, the California Table Grape Commission contends.

That would be down slightly from last year’s production of 115.6 million boxes – the second largest volume shipped in the industry’s history.

It’s also less than what growers were expecting in July, when they thought they had the third largest crop in history hanging in their vineyards, acknowledged Kathleen Nave, the commission’s president.

However, more recent assessments found the crop to be in what the commission considers a “normal” range, similar in size to the crops of 2014 through 2017.

The panel announced its revised crop estimate earlier this month while touting grapes as a late fall and early winter snack or cooking ingredient.

“Grapes from California are stunningly beautiful, full of flavor and phytonutrients, and are a healthy, anytime snack and a simple, awe-inspiring ingredient,” Nave said.

A fall and winter fruit

As much as half the state’s fresh grape crop typically ships after Oct. 1. To boost the market for this fruit, the commission is urging retailers to stick with grapes from California late in the season rather than relying on cheaper imports.

The panel also invites consumers to check out its recipes and usage ideas at www.grapesfromcalifornia.com.

Grapes are being featured this fall on the menus of several restaurant chains and health care facilities, the commission reports. Among them is Black Angus Steakhouse, which is testing a new baby kale salad with grapes at select locations.

Morrison Healthcare featured California grapes in its 800 health care units in September, offering them as an add-on side option for burgers and sandwiches or as snack cups and boxes. The company used them in seven recipes, including a flatbread, a pasta and a new sandwich, according to the commission.

--Maria Montalvo was hired as the new marketing director of retail and food service promotion. She will lead in-store promotions and communication efforts to move California grapes through the U.S. and Canadian markets.

Montalvo has 15 years’ experience in marketing, promotion and sales, according to the panel. She came from Sinclair Systems International, where she was global marketing manager.

--The commission also hired David Dudley as its new marketing director of category management. He will also be tasked with expanding retail demand in the U.S. and Canada by developing a strategic marketing plan.

Dudley joined the commission after more than five years at Save-Mart, most recently as a senior produce category manager, and has also worked for Markon Cooperative as a product manager, the panel reports.

He and Montalvo will be part of a four-member retail team managing numerous accounts. Both were born and raised in the San Joaquin Valley.