Updated: More trade aid may be in the works for U.S. farmers. 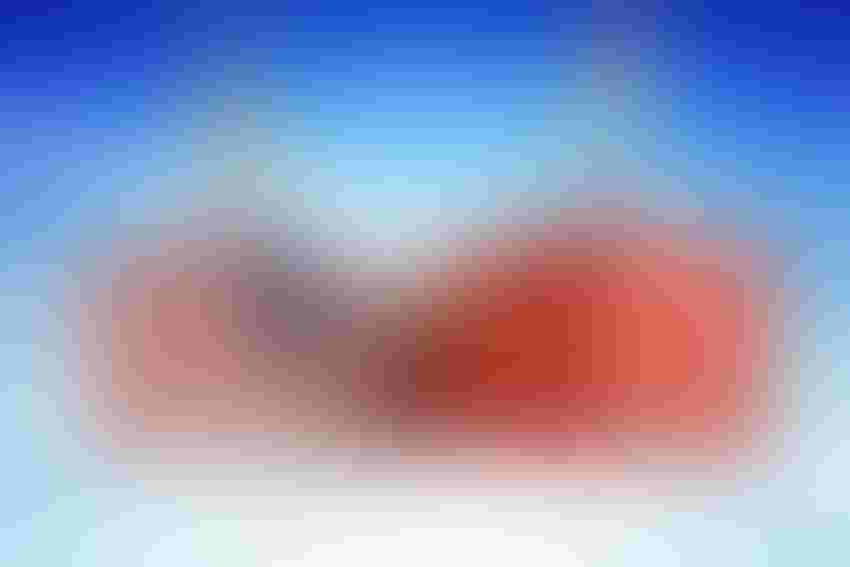 Reuters is reporting that a new trade aid package for farmers may be in the works.

In Japan for ag discussions with our 4th largest ag customer. Just spoke with @POTUS — while China may backtrack, @POTUS is steadfast in his support for U.S. farmers and directed @USDA to work on a plan quickly. @POTUS loves his farmers and will not let them down! https://t.co/B0le1WSwde

The National Pork Producers Council was quick to welcome the news.

"Pork producers have been innocent bystanders in these trade disputes," said David Herring, a pork producer from Lillington, North Carolina and president of the National Pork Producers Council. "Unlike most of the population, they have suffered severe economic dislocations as a result of trade disputes.  It is fair and right that the U.S. government purchase significant quantities of pork over the next 18 months to ship as food aid to help ease the financial burden placed on producers."

Earlier in the day

The trade conflict between the U.S. and China intensified Friday after the U.S. moved tariff rates on $200 billion in Chinese products from 10% to 25%, intended to apply additional pressure to ongoing negotiations.

President Donald Trump explained the move in a flurry of tweets this morning.

Talks with China continue in a very congenial manner - there is absolutely no need to rush - as Tariffs are NOW being paid to the United States by China of 25% on 250 Billion Dollars worth of goods & products. These massive payments go directly to the Treasury of the U.S....

....agricultural products from our Great Farmers, in larger amounts than China ever did, and ship it to poor & starving countries in the form of humanitarian assistance. In the meantime we will continue to negotiate with China in the hopes that they do not again try to redo deal!

Tariffs will bring in FAR MORE wealth to our Country than even a phenomenal deal of the traditional kind. Also, much easier & quicker to do. Our Farmers will do better, faster, and starving nations can now be helped. Waivers on some products will be granted, or go to new source!

Tariffs will make our Country MUCH STRONGER, not weaker. Just sit back and watch! In the meantime, China should not renegotiate deals with the U.S. at the last minute. This is not the Obama Administration, or the Administration of Sleepy Joe, who let China get away with “murder!”

....If we bought 15 Billion Dollars of Agriculture from our Farmers, far more than China buys now, we would have more than 85 Billion Dollars left over for new Infrastructure, Healthcare, or anything else. China would greatly slow down, and we would automatically speed up!

Build your products in the United States and there are NO TARIFFS!

Your all time favorite President got tired of waiting for China to help out and start buying from our FARMERS, the greatest anywhere in the World!

As Farm Bureau economist Veronica Nigh notes, these tariffs have been threatened but delayed twice since last December.

“Under Annex B of the Sept. 21 notice, the rate of additional duty was set to increase to 25% on Jan. 1, but on Dec. 19, the U.S. Trade Representative published a new directive in the Federal Register, postponing the increase in the rate of the additional duty to 25% until March 2,” she writes. “After considerable negotiation between the United States and China, on Feb. 24, the president directed the USTR to again postpone the increase in tariffs. The bump from 10% to 25% on May 10 ends the speculation as to when/if the increase in tariffs would occur.”

China says it will retaliate but has yet to release a list of its own additional tariffs on U.S. goods, Nigh adds.

“Unfortunately, only time will tell,” she notes.

In the meantime, Farm Bureau has updated its list of U.S. food and agricultural products that could be affected – click here for details.

Commodity groups were generally unsupportive of these latest updates.

“We have heard and believed the President when he says he supports farmers, but we’d like the President to hear us and believe what we are saying about the real-life consequences to our farms and families as this trade war drags on,” said Davie Stephens, soybean grower from Clinton, Ky., and president of the American Soybean Association. “Adding to current problems, it took us more than 40 years to develop the China soy market. For most of us in farming, that is two thirds of our lives. If we don’t get this trade deal sorted out and the tariffs rescinded soon, those of us who worked to build this market likely won’t see it recover in our lifetime.”

The move has corn farmers watching trade negotiations even as they try to focus on declining commodity prices and slow spring planting, according to National Corn Growers Association president Lynn Chrisp.

“Holding China accountable for objectionable behavior is an admirable goal, but the ripple effects are causing harm to farmers and rural communities,” he says. “Farmers have been patient and willing to let negotiations play out, but with each passing day, patience is wearing thin. Agriculture needs certainty, not more tariffs.”