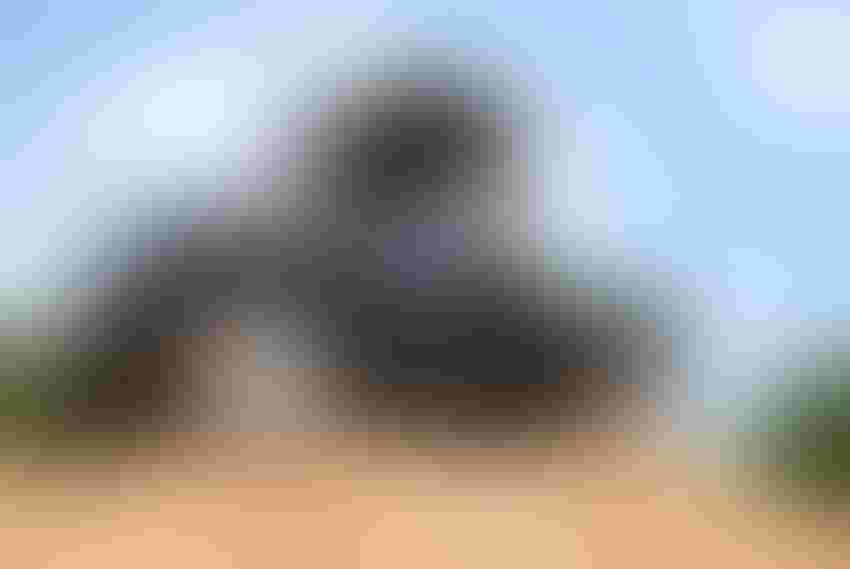 Headlining the three Gators is the all new 825i, the fastest and most powerful Gator ever produced, says David Gigandet, tactical marketing manager for utility vehicles.

The 50-hp 825i is the highest-powered engine in its class with plenty of low-end torque for taking on tough tasks and terrain. The engine is an 812-cc, liquid-cooled, inline 3-cylinder featuring 4 valves per cylinder, dual overhead cams and electronic fuel injection.

What farmers will likely appreciate is the 44-mph top speed. “It’s the fastest Gator we’ve ever built,” says Gigandet, pointing out that the first Gator was introduced in 1993.

Also, the XUV models have a redesigned front and rear independent suspension, plus a new twin-piston braking system with larger front rotors that improve stopping performance by 80% over previous models.

The 825i also features 1,500 lbs. of towing and 1,400 lbs. of payload capacity, with 16.4 cu. ft. of capacity in the factory-installed spray-in bed liner. The sides of this cargo box are removable, giving the user a flatbed that’s easy to load and unload from any side. Also included are 20 integrated tie-down points.

All Gators are built in Horicon, WI, and have a full line of available attachments. Electronic power steering will be an option on the 825i and 855D, available January 2011.

John Deere has also introduced the R-Gator (robotic) or unmanned ground vehicle, primarily for military use. It’s a stand-alone autonomous vehicle with a rugged, versatile platform for tactical payloads.

Driverless, the R-Gator is maneuvered with a handheld control much like you’d see with an Xbox system. Technology that’s now common on tractors and combines is being integrated into this R-Gator, explains Kurt Vander Weil, John Deere R-Gator specialist.

John Deere has long assisted the U.S. military with a military grade of olive-colored utility vehicles.

Greg grew up on a diversified crop and cattle operation in South Dakota, and has 22 years of experience covering the farming and livestock business. A graduate of South Dakota State University, he served as managing editor of BEEF magazine for five years, previously working for Farm Journal, Successful Farming and Feedlot Management magazines, as well as having served as an account executive with the Colle&McVoy advertising agency. Greg is the recipient of numerous writing and photography honors.