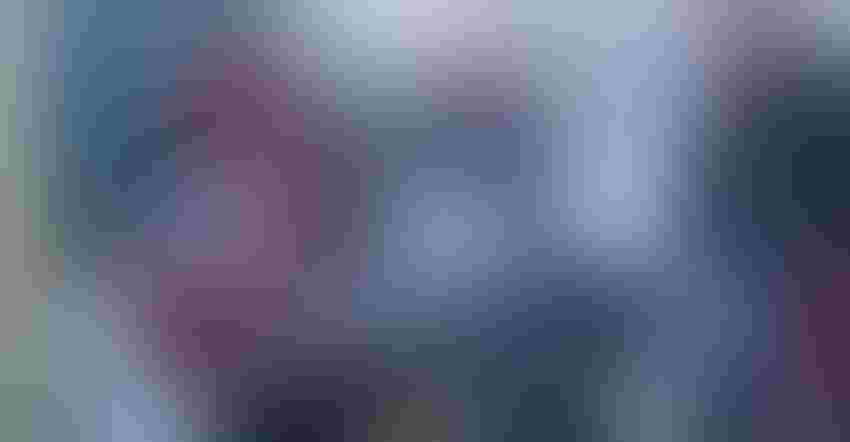 Supporters arrive at Parliament Hill for the Freedom Truck Convoy to protest against Covid-19 vaccine mandates and restrictions in Ottawa, Canada, on January 29, 2022. - Hundreds of truckers drove their giant rigs into the Canadian capital Ottawa on Saturday as part of a self-titled "Freedom Convoy" to protest vaccine mandates required to cross the US border.LARS HAGBERG/AFP via Getty Images

Two lanes of traffic have reopened at one of Canada’s busiest border crossings five days after a group of vehicles blocked the highway to protest vaccine mandates for truckers.

The blockade has been snarling traffic and stranding truck shipments on a major highway connecting Alberta to Montana since Saturday, and government officials are saying the move is having a “material impact” on Canada’s economy. But now truckers are opening up lanes because they feel some of their concerns are being recognized, according to Chad Williamson, a lawyer who has been retained to offer on-site legal services to protesters.

“There’s going to be delays, but before it was fully blockaded,” Williamson said Wednesday by phone. “This is very serious because it gets those supply lines moving again.”

At issue are Canadian and U.S. laws that went into effect in January requiring truckers crossing the border to be fully vaccinated. In the U.S., only about half of U.S. truckers are vaccinated, while in Canada 90% of truckers have the vaccine, according to industry group estimates. The protest comes with supply chains already under strain from weather disruptions, labor shortages, delivery delays and higher freight costs. Williamson said truckers will continue the peaceful protest until mandates come to an end.

The crossing at Coutts, Alberta is the main route for the province’s commercial vehicles bound for the U.S. as it is the only one that connects to an interstate. More than 11,600 trucks crossed from Coutts into Sweet Grass, Montana, in December. Only two crossings in western Canada had more, according to U.S. government data.

While the border crossing into Canada remains open, travelers haven’t had access due to the blockade, Rebecca Purdy, spokeswoman for the Canada Border Services Agency, said by email. To help, Canadians have extended hours at two nearby border-crossing sites including Carway and Del Bonita, Alberta, she said.

On Saturday, about 10,000 trucks and other vehicles began a moving convoy around the border station, Jason Kenney, Alberta’s premier, said in a press conference late Tuesday. No arrests have been made and RCMP stood down from an attempt to remove vehicles Tuesday after tractors and pickup trucks broke through police roadblocks and began driving dangerously, said RCMP Cpl. Curtis Peters. One protest vehicle drove the wrong direction down the highway and collided with an oncoming motorist, he said. No one was injured in the crash but the motorist assaulted the protester, Peters said.

Meanwhile, shipments are getting delayed. Columbia Grain International typically loads about 35 trucks a day of corn and other feed for animals bound for Canada at its facility in Sweet Grass, Montana. Since last week, the company’s only loading five or six trucks a day, Chief Executive Officer Jeff Van Pevenage said by phone.

Some time-sensitive products in high demand are also waiting to cross the border, including about 150 trucks mostly filled with chilled beef, said Marie-France MacKinnon, spokeswoman for the Canadian Meat Council. Soaring meat prices and fears of shortages have contributed to consumer anxiety throughout the pandemic. On Tuesday, a video of a brawl in a Pennsylvania restaurant went viral after news reports said the fight started because the joint ran out of steak. (The restaurant, Golden Corral, later said they had plenty of steak on hand.)

“This product would be time sensitive for spoilage and for customer contracts,” MacKinnon said Tuesday in an email.