Agricultural land has become attractive to institutional investors and wealthy families because returns tend to be stable. 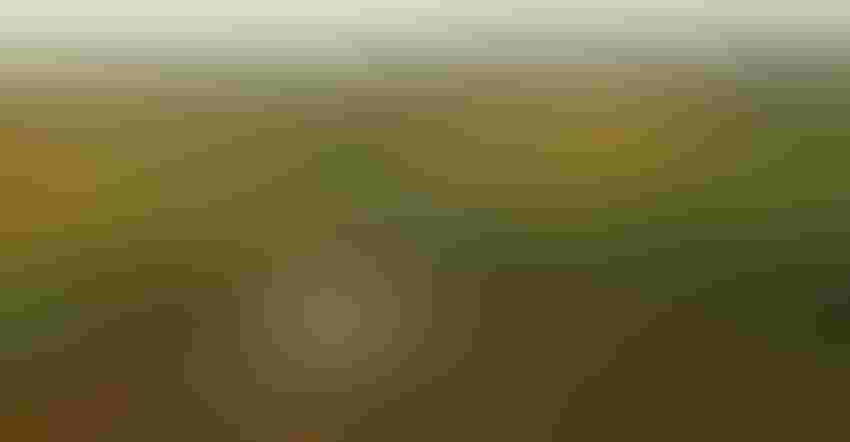 The inflation wave that’s sweeping through the global economy is playing into a investment niche that a small group of people in finance have spent years developing: farmland.

Agricultural land has become attractive to institutional investors and wealthy families in recent years because returns tend to be stable and weakly correlated with other asset classes, according to Purdue University agricultural economist Todd Kuethe. More investors are now seeking it out as a potential hedge against inflation, asset managers say, with consumer prices rising at the fastest pace in decades.

“Every single institutional phone call I’ve had in the last six months has included a discussion of inflation. Five years ago, it would have been zero,” said Stephen Johnston, managing partner at Calgary-based Veripath Farmland Partners LP, which owns 90,000 acres in Western Canada across its portfolios.

That sentiment is echoed at Fiera Comox Partners in Montreal, where about two-thirds of the C$1.7 billion ($1.3 billion) it manages is invested in farmland from the U.S. to Australia. Protection against inflation has become “of heightened importance” to clients, Chief Executive Officer Antoine Bisson-McLernon said.

The value of U.S. farm real estate grew 7% in June from a year earlier, to an average $3,380 an acre, the biggest increase since 2014, according to a survey conducted by the U.S. Agriculture Department.

Historically, there has been a “pretty strong” correlation between inflation and farmland, which benefits when the price of food commodities goes up, Purdue’s Kuethe said. But there are other factors pushing up land values as well, including low interest rates and easing global trade tensions, he said.

Investing in farmland tends to be reserved for larger institutions, such as endowments and pension funds, or wealthy individuals. Bill Gates and his ex-wife Melinda French Gates held the largest private portfolio of farmland assets in the U.S. last year, according to a ranking by the Land Report, a magazine. Agriculture-focused funds capitalize on the appetite for an asset that requires specialized knowledge many investors don’t have.

“In infrastructure, you can go buy a $4 billion toll road. In agriculture, it’s still very much a fragmented market, mainly family-owned,” Bisson-McLernon said. “You need to have the right model to actually go and build scale.”

Bisson-McLernon and Johnston have different approaches. Fiera Comox forms partnerships with farmers who have expansion plans and becomes a co-owner. Its investments range from almond orchards in California to dairy operations in New Zealand, across 200,000 acres. It hasn’t made land investments in Canada.

By contrast, Veripath, which started under a different name in 2007, leases land it owns back to farmers and has been focused on the Canadian Prairies. Both firms use their network of contacts to identify possible sellers.

Farmland wasn’t always an attractive investment. Several U.S. companies dedicated to farmland equity investment sprung up in the 1980s and 1990s, but they had a hard time competing with a booming stock market, according to the 2020 book “Fields of Gold: Financing the Global Land Rush,” by Madeleine Fairbairn of the University of California, Santa Cruz. But rising commodity prices in the mid-2000s pushed up farmland values, Fairbairn wrote, and its appeal as a safe haven increased.

Bisson-McLernon saw the boom first-hand. In 2011, he launched the natural resources unit at Canada’s Public Sector Pension Investment Board, overseeing the purchase of 2 million acres of timberland and farmland.

Five years later, he and two former PSP executives teamed up with global asset management firm Fiera Capital Corp. to create their own firm. Fiera Comox, which also invests in private equity and private credit, plans to double assets under management, including in farmland, in the next two to three years.

Spotting and sealing a deal can take years, including months of due diligence on everything from water consumption to growth prospects. Farmers also want to make sure investors are committed for the long run, Bisson-McLernon said.

The global land rush has caused some alarm among development researchers, especially as investors -- and at times governments -- acquired or leased land in poor countries. Critics refer to the trend as a “land grab.”

Some Canadian provinces restrict foreign ownership of farmland. In 2015, Saskatchewan introduced measures to prohibit farmland purchases by pensions, scuttling plans by the Canada Pension Plan Investment Board, which had just bought tens of thousands of acres there and was planning to add more.

Fiera Comox’s shared-risk, shared-profit model helps the company may help perception of its business on environmental, social and governance criteria.

In agriculture, responsible practices include eliminating pesticides, selling locally rather than exporting, and paying good wages, said Francois Boutin-Dufresne, managing partner at Sustainable Market Strategies, an ESG research firm in Montreal. To make sure the commitments are real, investors should hire their own evaluators, he said.

Bisson-McLernon says he and his colleagues serve on the boards of all their businesses and spend a lot of time on due diligence. The company is paying particular attention to reducing the use of resources, chiefly water. In a 4,000-acre orchard growing almonds, a notoriously thirsty crop, teams planted more efficient rootstocks and changed the irrigation infrastructure, he said.

“If you’re going to enter into that space, you want to make sure that you can improve the situation,” Bisson-McLernon said. “You will win in this industry if you’re able to reduce the amount of water that you’re using.”

--With assistance from Alex Tanzi.