EPA two-year milestone report reveals D.C. and West Virginia are on track to meet their goals. 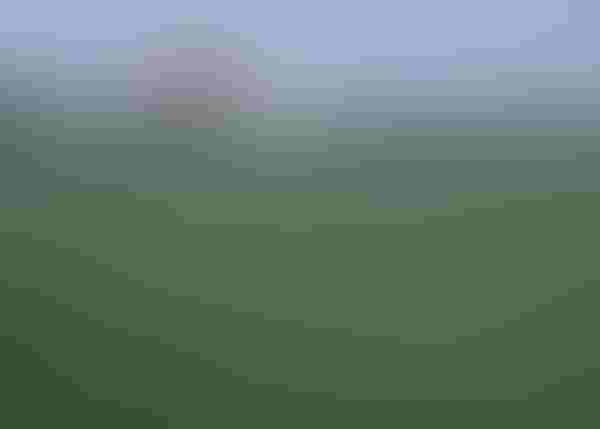 The U.S. Environmental Protection Agency announced the results of its evaluation of the Chesapeake Bay jurisdictions’ two-year milestones, noting that although most of the Bay states are not on track to meet the 2025 water quality restoration goals, 2022 saw new significant successes at the state level that will improve the restoration trajectory.

The two-year milestone reports are prepared by the Chesapeake Bay jurisdictions – Delaware, the District of Columbia, Maryland, New York, Pennsylvania, Virginia and West Virginia. These two-year milestone reports represent key check-in points on the way to having all pollutant reduction measures in place by 2025, a goal established by the Chesapeake Bay Program (CBP) Partnership. The CBP Partnership is composed of the seven Bay jurisdictions, and dozens of local governments, federal partners, organizations and academic institutions.

“Although the results are mixed overall, there are more positive developments in the mix than ever. Most of the partnership is not on track for the 2025 targets, but we are encouraged by significant recent progress made in the states,” says EPA Mid-Atlantic Regional Administrator Adam Ortiz. “We applaud the historic new programs, laws, and funding in Pennsylvania to help farmers. Those achievements will help us accelerate restoration in the local streams that need it the most.”

“We applaud West Virginia and the District of Columbia, and we will continue to partner with the other states to keep accelerating to expand on our successes,” says Ortiz. “More than two decades ago, virtually no streams were getting healthier. Now 40% of them are getting better thanks to our interstate collaboration.”

Since the Chesapeake Clean Water Blueprint was established in 2010, states have put practices in place to achieve an estimated 42% of the nitrogen-pollution reductions and 64% of the phosphorus reductions that the Blueprint requires, according to the Chesapeake Bay Foundation. Much of this progress is due to reducing pollution from wastewater treatment plants. In fact, wastewater treatment upgrades are the key reason Maryland and Virginia, individually, may still meet their 2025 pollution-reduction commitments, CBF says.

Overall, the Partnership has already achieved 100% of targeted sediment reductions, and practices are in place to achieve 49% of the nitrogen reductions and 64% of the phosphorus reductions.

“We are dedicated to reducing pollution entering the Chesapeake Bay watershed, and we also understand the complexities each state faces with technical assistance, data verification, staffing and funding,” adds Chesapeake Bay Program Director Dr. Kandis Boyd. “Although there is good news, there are also new challenges – such as addressing our evolving climate, increased population in the watershed, and advancing air/land/water monitoring and modeling – that hinder sustainable environmental and economic progress. We are committed to working with our partner states and agencies to address these challenges to restore our national treasure.”

“Critical leadership is needed and requires the EC to acknowledge that the states are not on track to meet the 2025 commitments, recommit to the partnership and the Bay restoration goals, and commit to developing a new plan with a specific timeline and accountability to permanently protect the Bay,” CBF notes in a statement.

“While the Bay states collectively are not on track to meet the Blueprint’s 2025 implementation deadline, the partnership must build on lessons learned, achieve the Blueprint commitments as quickly as possible, and maintain the limits long-term,” says CBF President Hilary Harp Falk, “The watershed cannot afford delay given the urgent challenges of climate change and a growing population. The states must demonstrate the leadership necessary to complete the job and EPA must hold all accountable for any failures. By recommitting to the Blueprint principles of partnership, science, and accountability, we can still leave a healthy, resilient watershed for the next generation.”

Maryland has substantially strengthened cost-share assistance for farmers to implement conservation practices that create natural filters, like tree plantings, on their land, CBF says. The state is also expanding the personnel dedicated to helping farmers access these dollars.

While support for natural filters on farms has increased, the state’s implementation goals for these practices remain unacceptably low. CBF says Maryland should work to increase enrollment in the federal Conservation Reserve Enhancement Program (CREP), where participation is currently far below the target. Deploying tools and incentives to target the most effective practices in the most effective locations could also accelerate restoration progress.

Agriculture represents nearly 90% of the remaining pollution reductions Virginia must make to meet its Blueprint commitments.  The state is currently not on track and must accelerate progress to reduce pollution from farms to sustain water quality long-term. “Recent, unprecedented investments in the Commonwealth’s Agricultural Cost-Share Program are a major, positive step,” CBF says.

For the first time, the funding will approach the annual level of expected need—a notable accomplishment. These funds need to be focused on the most cost-effective efforts by targeting locations and conservation practices that will yield the greatest benefits for water quality long-term, such as planting forested buffers along streams.

To date, Pennsylvania has achieved approximately 13% of its 2025 commitment for forest buffers. Increased funding and technical assistance are required to accelerate the creation of the remaining 82,000 acres of new forest buffers, maintain existing buffers, and verify their location and condition.

The recently created Agricultural Conservation Assistance Program will provide $154 million in technical and financial assistance to help farms across Pennsylvania adopt conservation practices that will improve soil health. This reduces erosion, nutrient and pesticide loss, and polluted runoff. However, this funding is finite and falls short of what is needed. Pennsylvania is also off-track meeting commitments for practices such as managed grazing.

Pennsylvania Acting Executive Director Bill Chain adds, “Creation of the Clean Streams Fund and Agricultural Conservation Assistance Program are historic down payments for the great amount of work that remains for getting Pennsylvania back on track toward its goals of reducing pollution to local rivers and streams, and the Bay.”

Chain continues if agriculture is to achieve 90% of the remaining nitrogen-pollution reductions it will take sustained investments of financial and technical resources at historic levels. “Meeting Pennsylvania’s Blueprint is a big lift for agriculture, and farmers have demonstrated that they appreciate the value of healthy soils and clean water. But they cannot do it by themselves. Supporting conservation implementation is critical to the health, economic wellbeing, and quality of life of all Pennsylvanians,” Chain says.