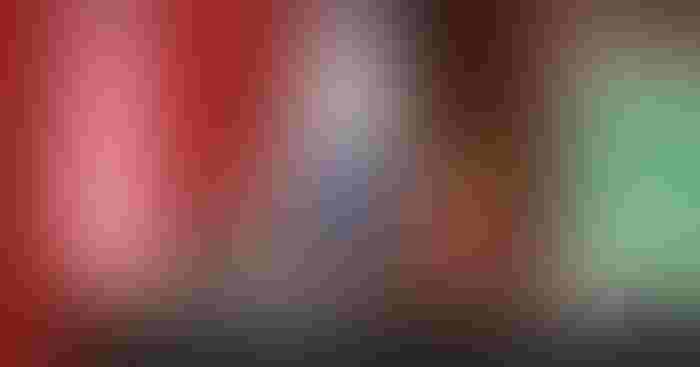 U.S. Sen. Debbie Stabenow of Michigan and Sen. John Boozman of Arkansas — chair and ranking member respectively, of the Senate Committee on Agriculture, Nutrition and Forestry — hosted the field hearing at Arkansas State University on Friday.

Field hearings provide congressional leaders and their staff an opportunity to hear directly from a wide variety of stakeholders from across this broad spectrum of interest areas. The witnesses at Friday’s hearing represented agriculture and related interests, including commodities, specialty crops and infrastructure elements such as water, energy and internet access, all which have been funded in part by the current Farm Bill, signed into law in 2018.

A field hearing was held in April at Michigan State University.

“The primary concern for farm groups leading into an expected 2023 Farm Bill is, not surprisingly, record high input prices,” said John Anderson, head of agricultural economics and agribusiness for the University of Arkansas System Division of Agriculture and the Dale Bumpers College of Agricultural, Food and Life Sciences.

“The high costs of production render the current output-price-based support programs in the current Farm Bill largely ineffective,” he said. “Producer groups are expressing strong interest in some form of cost-based indexing for reference prices and/or some kind of margin protection that accounts for rising prices of major inputs — mainly fuel and fertilizer.”

Anderson said, “the challenge for the Congressional ag committees with this kind of program design will be finding money in the budget to pay for it.”

Nathan Reed, a Lee County farmer and chair of the American Cotton Producers, said the Agriculture Risk Coverage and Price Loss Coverage in the 2018 Farm Bill “has worked well for growers and should continue in future Farm Bills.”

“Agricultural markets are cyclical, and an effective safety net is imperative for the inevitable times of low prices,” Reed said.

“The insurance buy-ups available to growers for better coverage are cost prohibitive, due to high premiums,” he said, adding that program requirements for the Non-Insured Crop Disaster Assistance Program, or NAP, “are often unworkable.”

“This leaves many specialty crop producers with no risk protection at all. A more economical insurance program or improvements made to the NAP program would greatly benefit peach growers in Arkansas,” Morgan said.

The Farm Bill funds more than just farm programs. It also includes nutrition programs such as the Supplemental Nutrition Assistance Program or SNAP; and WIC, the special supplemental nutrition program for Women, Infants and Children, account for about 80 percent of Farm Bill spending, Anderson said.

A replay and copies of witness statements are online.