Ag stakeholders hope Regan can offer viable middle ground on what constitutes a water of the U.S. 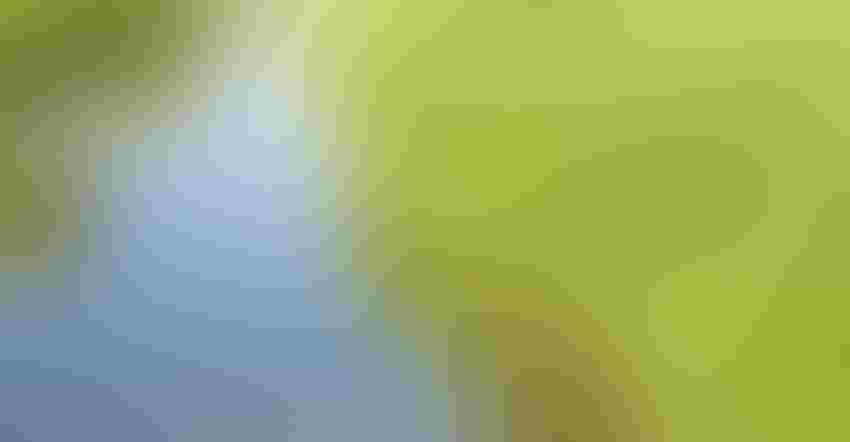 In action Wednesday, the U.S. Environmental Protection Agency and Department of the Army announced their intent to revise the definition of “waters of the United States,” claiming a broad array of stakeholders are seeing “destructive impacts to critical water bodies under the 2020 rule established under the Trump administration.”

Under the Obama administration in 2015, EPA and the U.S. Army Corps of Engineers issued a new water rule that gave EPA broad jurisdiction over U.S. waters to include upstream waters and intermittent and ephemeral streams. The WOTUS rule was immediately challenged in court and subject to several preliminary injunctions. In 2019, the Trump administration repealed the 2015 rule and in June 2020, replaced it with the new Navigable Waters Protection Rule more widely supported by agricultural groups.

“After reviewing the Navigable Waters Protection Rule as directed by President Biden, the EPA and Department of the Army have determined that this rule is leading to significant environmental degradation,” says EPA Administrator Michael Regan. “We are committed to establishing a durable definition of ‘waters of the United States’ based on Supreme Court precedent and drawing from the lessons learned from the current and previous regulations, as well as input from a wide array of stakeholders, so we can better protect our nation’s waters, foster economic growth and support thriving communities.”

The agencies explain upon review of the Navigable Waters Protection Rule, they have determined the rule is significantly reducing clean water protections. The lack of protections is particularly significant in arid states, like New Mexico and Arizona, where nearly every one of over 1,500 streams assessed has been found to be non-jurisdictional. The agencies are also aware of 333 projects that would have required Section 404 permitting prior to the Navigable Waters Protection Rule, but no longer do, the agencies state.

As a result of these findings, in action June 9, the Department of Justice filed a motion requesting remand of the rule. The agencies will then begin a new rulemaking process that restores the protections in place prior to the 2015 WOTUS implementation.

The new regulatory effort will be guided by a rule with “practical implementation approach for state and Tribal partners” and take into consideration the latest science and the effects of climate change on waters, the agencies explain.

The agencies note they are committed to “meaningful stakeholder engagement to ensure that a revised definition of WOTUS considers essential clean water protections, as well as how the use of water supports key economic sectors.”

The National Pork Producer Council says it supported the NWPR and has actively served in a leadership role in the litigation involving the 2015 WOTUS rule, as well as challenges to the NWPR.

“NPPC looks forward to constructively engaging with the administration. As we proceed through this process, we’re hopeful the voice of agriculture, the respect for private property rights and the practical needs of farmers to produce food is recognized and appreciated,” says NPPC Communications Director Rachel Gantz.

Agricultural Retailers Association President and CEO Daren Coppock says he’s hopeful, based on Regan’s track record and statements, that science will rule the day as EPA reviews this rule, and that the agencies will seek to hear from all stakeholders, including property owners, and try to find practical solutions that are in the interest of all concerned and consistent with the enabling statute.

Coppock notes there were some significant improvements in the NWPR compared to the 2015 WOTUS rule. The first was simply the title of the Clean Water Act which provides the statutory authority for protecting waters of the United States and refers specifically to navigable waters.

“Over time that definition has expanded from just bodies of water that can float a boat to any water resource that is hydrologically connected to a navigable water, leading to nearly 95% of the United States considered included in the regulations,” Coppock explains. “The 2015 WOTUS rule stretched that linkage to the limit of credibility, grossly and inappropriately expanding the waters included under CWA jurisdiction. The NWPR utilizes a much more practical approach through a cooperative federalism system where the state agencies are co-equal regulatory partners with the EPA. This setup pulls back on mission creep and gives the states a more meaningful role in regulating their waters.”

“The result of this change removed a lot of uncertainty for landowners who needed to know the status of their property features,” adds Coppock. “Under WOTUS they would have likely had to hire a professional engineer to make a technical determination; under the NWPR they could rely on the general exclusion unless their property qualified under one of the specific inclusions.”

In a statement, American Farm Bureau Federation President Zippy Duvall says the organization expected extensive outreach from Regan and the Biden administration, but the announcement “fails to recognize the concerns of farmers and ranchers.” AFBF too has been supportive of the NWPR and challenged the 2015 rule in the courts.

Duvall notes, “This is an important moment for Administrator Regan and will be pivotal to his ability to earn the trust of farmers on this and other administration priorities. He must keep his word to recognize the efforts of agriculture and not return to flawed, overly complicated and excessive regulations.”

Duvall says in regard to the issue of handling prior converted croplands and ephemerals, they urged Secretary of Agriculture Tom Vilsack to advocate that the new rule doesn’t “return to the regulatory land grab that was the 2015 WOTUS Rule.”

National Cattlemen's Beef Association Executive Director of Natural Resources and Public Lands Council Executive Director Kaitlynn Glover adds, "Any changes to the NWPR that limit or restrict agricultural exclusions, or regulate waterbodies on farm and ranchland, will hinder ranchers' ability to continue making vital investments in their land that restore waterways, conserve riparian areas, and protect wildlife habitat. We will engage fully with EPA as they move forward to ensure that their revisions respect private property rights and do not squeeze out Western communities and producers who are entrenched, by necessity, in responsible water stewardship."

On April 14, 2021, Rep. Mariannette Miller-Meeks, R-Iowa, introduced legislation to uphold the NWPR, expressing the sense of the House that clean water is a national priority and that the NWPR should not be withdrawn or vacated. The resolution was introduced with the support of 114 Members of Congress, including 57 Members of the Congressional Western Caucus.

Congressional Western Caucus Chairman Dan Newhouse, R-Wash., says the move to dismantle the NWPR “threatens the livelihoods of many in rural America.”

He challenged EPA’s description of fewer covered waters in the West as a reason to again expand jurisdiction. “The administration points to the arid West in its examples of areas where the federal government no longer has jurisdiction over local waters, yet they run to the urban northeast to seek court action,” Newhouse says. “The Obama-era WOTUS rule they are seemingly trying to reinstate created uncertainty for farmers, ranchers, businesses and landowners throughout rural communities, and they now face the same unpredictable future.”

Thompson adds, “If the disastrous 2015 Obama-Biden Rule is any indication of where EPA is headed, rural America is in trouble. I implore the Biden Administration to retain the current WOTUS definition and to not engage in another massive land grab through government overreach."

Shortly after the Biden administration came into office in late January 2021, Sen. Joni Ernst, R-Iowa, led 25 of her colleagues in a Senate resolution that expressed the need for the U.S. Senate to stand with workers, farmers, manufacturers, and businesses by upholding NWPR.

“I fought tooth and nail to get the Obama-Biden WOTUS rule off the books and put in place a clearer, more flexible rule for farmers and ranchers under the Trump administration. Now, President Biden plans to undo all that progress. This is a gut punch to Iowans, and I will continue to stand up to onerous regulations the administration may seek to impose on our hardworking families, farmers and businesses across rural America,” says Ernst, the daughter of a farmer.

Delaware Democratic Sen. Tom Carper, chairman of the Senate Committee on Environment and Public Works, welcomed the plans to revise the definition of WOTUS. “Among its many faults, the previous administration’s Navigable Waters Protection Rule ignored science and put downstream communities—many of them disadvantaged—at an increased risk of being exposed to pollution. EPA now has an opportunity to learn from its previous regulatory efforts and work in an inclusive way to create a rule that stands the test of time.”