Strategies to combat climate change were at the forefront of the discussion. 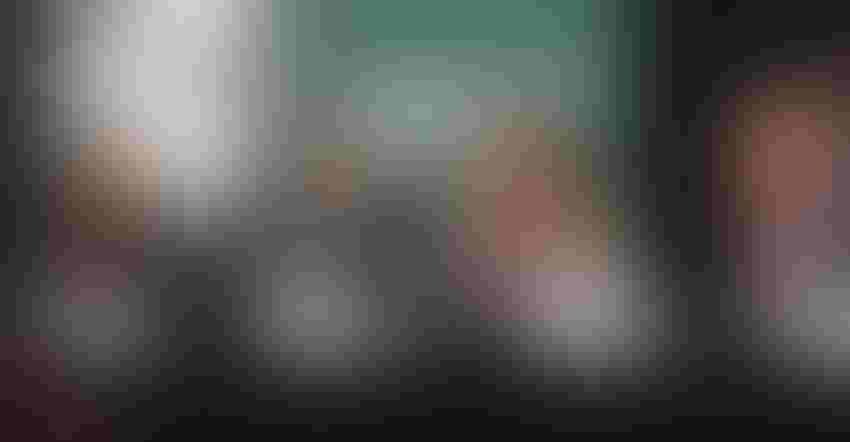 She was joined on April 29 by ranking member John Boozman from Arkansas, and together they hosted the first field hearing where testimony from 17 witnesses — from farmers, food processors and commodity organizations, to food banks, land conservancies and agribusinesses — provided opinions on USDA programs, which are reauthorized every five years.

In addition to verbal testimony, the witnesses offered written remarks. Here’s a look at three perspectives, offered both verbally and in those remarks:

Dairy programs were a major concern for many in Michigan’s dairy industry, which produces nearly 11 billion pounds of milk and ranks sixth nationally in terms of annual milk production, and first in production per cow.

Ashley Kennedy, who is a third-generation farmer and part-owner of Sheridan Dairy in Bad Axe, Mich., milking 240 cows, represented the Michigan Milk Producers Association and National Milk Producers Federation (NMPF) at the hearing. She was thankful for access to crop insurance-like, risk management tools afforded in the overhaul of the dairy safety net during the last farm bill.

However, she noted, the pandemic proved there is still much to be done. “The combined effects of the change made to the Class I mover in the last farm bill, and the government’s heavy cheese purchases, cost dairy farmers over $750 million in Class I skim revenue the last six months of 2020,” she said.

The dairy industry, under NMPF leadership, is seeking consensus on a range of improvements to the Federal Milk Marketing Order system, including but not limited to the Class I mover, that can be taken to USDA for consideration in a national order hearing.

Beyond economic policy, Kennedy also advocated for additional investments in conservation programs to help dairy farmers build on ongoing sustainability work; urged a doubling of funding for key trade promotion programs; and spoke to the importance of farm bill nutrition programs as “the bedrock of linking the food we produce as farmers to households across the country.”

She also said, "I feel compelled to reiterate the importance of agriculture being part of the solution when it comes to carbon markets and the greater discussion about climate change.”

Kennedy has used USDA Beginner Farmer loans three times to start growing her influence on the farm. Collectively, she said, “I couldn’t have come back to the family farm if it were not for many of these programs.”

Star of the West

Lisa Woodke, sustainability director for Star of the West Milling, also testified. The 152-year-old company was founded as a flour mill, but now handles and processes dry beans, oats, edible soybeans and beyond, while also providing agronomy and farm supply services for customers across mid-Michigan, the Thumb and Saginaw Valley.

Woodke highlighted the company’s work with Michigan growers to stay on the cutting edge of production practices that provide environmental stewardship. As one example, Star of the West has sourced Michigan growers for soft winter wheat, as well as all the data associated with its production over the past five years to produce a climate-smart cracker.

“For the Airly wheat, technology in the form of Comet Farms and other life cycle assessments were used, along with many hours of data input,” Woodke said. “The result was wheat with a carbon-negative score, which means the wheat sequestered more carbon than it took to produce it.”

To continue this work, Woodke said high-speed broadband in all geographies is essential, as well as the need for interaction between the grower, retailer and data system.

“Data often needs to be entered in different ways or onto other platforms to produce various scores. Technology cannot adapt for colloquial terms, abbreviated names, farmer terms and other items,” she said. “Thus, shaping or editing of the data by a person who understands agriculture, like a CCA, is one of the most underrated — and essential — components of sustainability today.”

She noted the inclusion of successful conservation programs in past farm bills and “urged the committee to use this farm bill as an opportunity to focus on working lands conservation programs, such as the Conservation Stewardship Program and Environmental Quality Incentives Program, that allow practices to be targeted and achieve the best value for farmers and taxpayers.

“The next farm bill is also essentially a three-fold bill: a climate bill, an innovation bill and a technology bill,” Woodke added. “But we should take a page from sustainability’s handbook, and make sure the people element is supported when we craft this farm bill. We can’t forget the rural communities, the farm families, and the independent spirit of these growers.”

Noting the effects of COVID-19, she said there is value in more regional food processors and markets to serve regional or local food production.

“Research for pest management, breeding and horticultural practices are only going to be more important as we see increasing effects of climate change,” she said.

She praised the Double Up Food Bucks program, saying, “This not only benefits us by bringing new customers to our farms, but is a great benefit to the community by increasing access to local, healthy food and exposing more people to agriculture, hopefully increasing their knowledge and appreciation of where their food comes from.”

She would also like to see more U.S. fruits and vegetables in schools and military bases. “The Buy American initiative must be an essential part of the program to ensure that our own farmers are benefiting,” McAvoy said.

Lack of transparency on food labels, “make it nearly impossible for consumers to make informed decisions at the point of sale,” she added.

But, above all, McAvoy’s greatest concern for the future is climate change.

“The farm bill has the opportunity to help mitigate the consequences of the changing climate in several different ways: crop insurance, research, environmental protections and clean energy infrastructure,” she said. “We need the farm bill to not only protect farmland, but also the surrounding land, water and ecosystems through increased environmental protections and incentivizing carbon sequestration.”

The Senate Agriculture Committee is expected to hold an additional field hearing in Arkansas, the home state of Boozman, in the coming weeks.