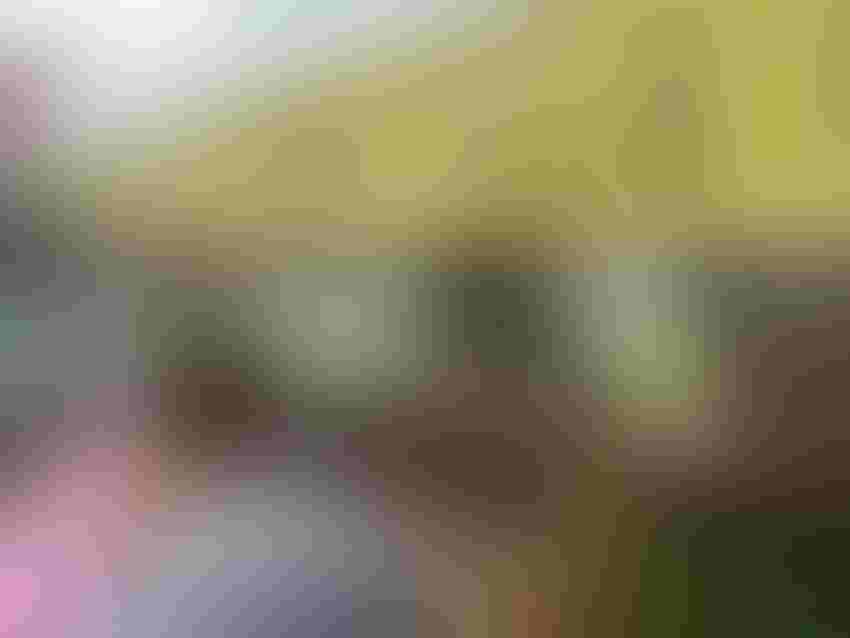 People look at a bee display as honey is sold at a farmers' market in Davis, Calif.

The U.S. honey industry sweetened the national economy to the tune of $4.74 billion in 2017 while creating about 22,000 jobs, according to a newly released study by the Agricultural Issues Center at the University of California-Davis.

This economic output included direct effect, such as workers hired to move beehives; indirect effect, like packaging supply companies for honey products; and induced effects, the wages honey industry workers spend at local businesses, according to a news release from the UC and the National Honey Board.

"The U.S. honey industry contributed significantly to jobs and economic activity across many states and regions in the United States," says AIC director Daniel Sumner, who led the study. ""In addition to its direct economic contributions, as an important ingredient, honey contributes flavor to a wide variety of food products and stimulates demand across the food industry."

The honey industry, which includes beekeepers, importers, packers and processors, contributed approximately $2.1 billion in value added to the U.S. gross domestic product (GDP) in 2017, according to the study.

In 2017, Americans consumed 596 million pounds of honey or about 1.82 pounds of honey per person, which represents a 65 percent increase in consumption from 2009 to 2017, the release explains.