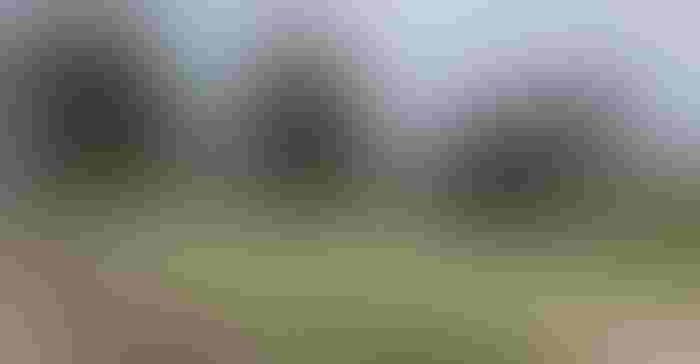 In 1803, Franklin County in Ohio spread west from its current eastern border to Green County, and north from Pickaway County to Lake Erie.

Natives of the Wyandot, Delaware and Mingoe tribes freely roamed the region. Over time, other surrounding counties were formed from its large expanse. The area remained isolated and rural until the construction of Harrisburg Pike and Franklin Pike opened the land to easier travel.

In 1836, the national road also crossed Prairie Township in Franklin County. As part of the Virginia Military District, allotments were given to veterans for their service in the Revolutionary War and the War of 1812.

In October of this year, The Friends of Ohio Barns (FOB) visited Century Village in Grove City, for its annual fall picnic, to find more than a half dozen well-conserved log structures, a brick schoolhouse on its original site, and the Grove City Depot.

Throughout the complex, antiques of the 1800s rural lifestyle are organized and well displayed. Century Village was the brainstorm of the Southwest Franklin County Historical Society.

Living in the Ohio frontier, each family had to be self-sustaining. A cow was needed for milk and meat. Chickens provided eggs and meat. A team of horses was used for farm work and transportation. If they were lucky, there was a pig for pork or sheep for meat and wool.

This required food and shelter for family, animals and farming equipment. If more food and animals were produced than needed, they could trade in the village for sugar, salt, ammunition, clothing and other staples.

A double-crib, log barn built in the early 1800s was donated by Bob Evans Farm to Century Village. It was sitting along Walnut Creek in a low area that continually flooded, as evidenced by the high-watermark sign indicating the water rose to 9 feet on the log walls on March 5, 1997. They wanted a place where the historical barn would be safe and well maintained. It was reconstructed on its present site in Century Village in 2011.

A double-crib log structure was very versatile. It contained two log cribs about 20 feet square and 12 to 13 logs high, with an open area between called a dogtrot. The total of the three areas was topped with a common roof. Sometimes the family lived in one crib, and across the dogtrot, the animals and farming needs were kept in the other.

The cribs were constructed of half-hewn logs, making the logs flat on the inside and outside walls, leaving the tops and bottoms round from the circumference of the tree. The logs were harvested from trees of the surrounding virgin forest. Many of these logs measure 20-plus inches wide. Only hewing the two sides was labor saving. Plus, the hewing of the inside walls let the hay or straw slide down and settle inside.

There are mainly four types of corner notches used to hold the logs in place. The most common in Ohio is the inverted-v notch or steeple notch. All of the log buildings in Century Village have this type of notch. It was the easiest notch to cut. If both cribs were used for farming purposes, the walls were left unchinked for ventilation. If the family lived in one, it was chinked, had a fireplace for heat and cooking, and a loft for sleeping.

An outshed has been added to the back of the log barn for the purpose of establishing a museum to house and display numerous agricultural antiques depicting life on the farm in the 1800s.

Both of the log barns have been chinked. The society is looking forward to putting a woodworking shop in one side of the double crib, while other uses are being considered for the single crib.

A windmill captured wind power to pump water from the well to the livestock tank. The Borror-Roach Windmill that stands today was reconstructed from two windmills, each circa 1879, from Demorest Road and moved to Century Village in 2008.

Granaries were traditionally used to store grain to feed livestock through the winter. However, the Funk-Ziegenspeck Granary, circa 1927 on Harrison Pike, was built by four families to store and dry seeds for the next year’s planting. It was moved to Century Village in 2014.

The blacksmith shop was the heart of a village or small town. It provided horse-drawn farm implements and repairs as well as horseshoes and harness. The lady of the house could purchase household utensils, candleholders, hooks and many other items used on a daily basis in the log house and kitchen garden.

The Augenstein-Spillman Blacksmith Shop in Century Village is built of logs salvaged from two 1850s loghouses from Beatty Road and constructed in Century Village from 2011 to 2013. It is a complete working blacksmith shop with furnace and bellows; it is furnished with tools from Earl F. Augenstein’s Shop of Orders Road. Small primitive items are made in the shop for purchase by visitors, and blacksmithing lessons are provided for those wishing to learn the old trade.

In addition to these log structures there are two log houses, The Orders Schoolhouse (original to the site), and the Grove City Depot.

Southwest Franklin County Historical Society in Grove City, Ohio, has three locations: The Grove City Welcome Center and Museum, the Grant-Sawyer Home, and Century Village. They are open to the public, there is no charge for admission, and parking is free.

The society also holds two annual events: the Heritage Celebration at Century Village in the spring and Old Time Harvest Day in the fall. For more information, visit grovecityohhistory.org or email [email protected].

Gray is author of “Ohio Barns Inside and Out with the Barn Consultant.” For more, visit barnconsultant.com or contact her at [email protected].