The signs inform passing drivers that '1 Kansas farmer feeds more than 155 people + you!' 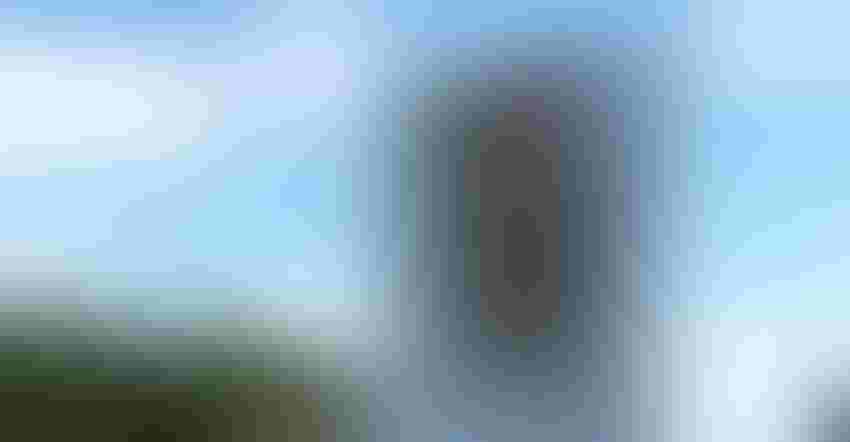 NEW SIGNS: The highway signs that read “1 Kansas farmer feeds more than 155 people + you!” is a long-time advocacy project of Kansas Agri-Women. Here is one of the newest signs, installed recently on Kansas highway 75 southbound between Beto Junction and New Strawn. Courtesy of Kansas Agri-Women

The familiar grocery sack signs along Kansas highways, a long-time project of Kansas Agri-Women, is now being reinvigorated with the recent installation of 5 new signs.

The signs read: “1 Kansas farmer feeds more than 155 people + you!” It’s a simple message that is the cornerstone of Kansas Agri-Women’s mission, which is to connect producers and consumers through understanding.

Kansas Agri-Women was founded in 1974, and one of its original members, Jeanne Mertz, was the visionary behind the sign project. The first sign, which was hand-painted by Thomas Sign Co. of Manhattan in 1977, was placed on her property. Thomas Signs has supported the project since the beginning, later installing vinyl signs.

“We lost a true visionary in 2017 on the passing of Jeanne Mertz. She helped show the impact our organization could have on spreading the message of agriculture,” says Lori Bammerlin, Kansas Agri-Women president.

Upon Jeanne’s passing, the Mertz family set up a sign memorial fund to go toward replacing and installing signs. You can see the newest signs at these locations:

The signs on Highway 75 near the Carbondale exit are on the property of Wanda and Darrel Kinney. Wanda has been a member of Kansas Agri-Women for 40 years, and one of her signs was installed when Jeanne Mertz was president of the national organization, American Agri-Women.

“We’re so pleased to have the signs on our property,” Wanda says. “We’re very proud of our business and industry of helping feed America and the world by raising both grains and cattle.”

Kansas Agri-Women is continuing the Mertz Memorial Grocery Sack Sign Fund to go toward replacing and installing signs statewide. Join their efforts to recognize the impact of Kansas farmers and ranchers by going to ksagriwomen.org.

The sign project was conceived in the fall of 1977 when Harold and Jeanne Mertz drove to San Angelo, Texas, to purchase livestock.

Along the miles of highways, they noted billboards advertising everything except the land they stood on. In Jeanne’s words, “Looking at these signs made me wonder why agriculture wasn't advertising its commodities.”

When they returned home, she contacted some of the United Farm Wives of America leaders and asked them if they thought UFWA could undertake a project promoting the farm commodities in Kansas. They took the idea to their board and the project was underway. UFWA later was named Kansas Agri-Women.

The first sign was installed in the spring of 1978. This project has had a strong and influential history, but it has not been without the support of two important partners: Thomas Sign and local landowners. Thomas Sign hand‐painted the original signs in 1978, and have continued to do maintenance and replace signs. And, landowners have generously offered to host signs on their properties.

Kansas Agri-Women focuses on ag education and advocacy. Its motto is “From Producer to Consumer with Understanding.” The organization is known for its “1 Kansas Farmer Feeds” highway signs on state and county highways and other projects, including outreach to legislators and consumer education activities, such as supporting the National Festival of Breads.