Students made the decision, with guidance and a dose of perspective. The annual June event joins a slate of virtual events, as COVID-19 restricts gatherings. 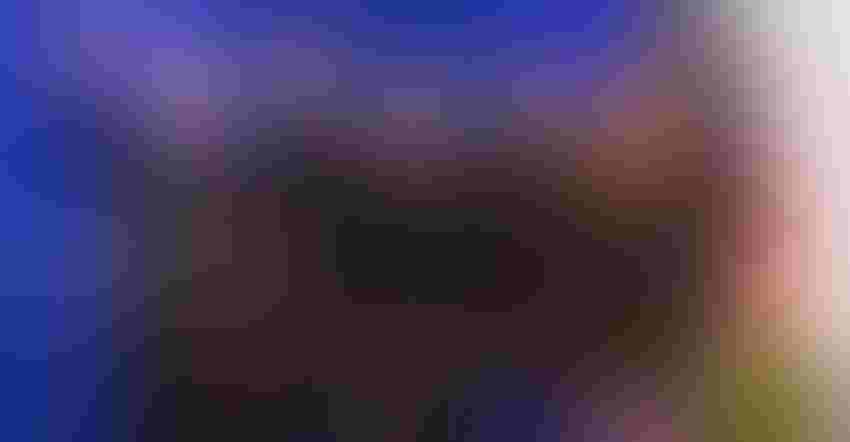 TOGETHER: With the announcement that the 2020 Illinois FFA Convention will be virtual this year, Executive Director Mindy Bunselmeyer says she hopes the new events will make FFA members feel valuable. “That’s the biggest lesson here — reminding us all how valuable we are to each other.”

Illinois FFA has announced that the 2020 Illinois FFA Convention will not be held in person this year, due to the health risks of COVID-19. According to Mindy Bunselmeyer, executive director, the 92nd annual convention will be a mix of virtual events, held over the course of several weeks this summer.

The decision had to be made by the Illinois FFA Board, which is made up of 10 FFA members and seven adults. All motions must come from the students, Bunselmeyer says.

“And in order for it to come from the students, we had to talk about it from every angle,” she explains. “It was tough, but they did a great job.”

Bunselmeyer says the business session, announcement of Star winners and state officer elections will be held during the traditional week of convention, June 9-11. “Many teachers, students, officers, alumni and friends indicated they would be tuned in that week, and the board felt we would have our greatest numbers then for celebrating our Stars and conducting elections,” she says.

They decided to push the rest of the announcements and events to July so staff would have time to convert these activities to a virtual event.

“At the beginning of the quarantine, we thought, ‘Hey, we’re lucky — we have time.’ But it turns out, we don’t have the ability to do our day-to-day operations because we’re working remotely,” Bunselmeyer says, pointing to the extensive video work that has to be done to present awards virtually.

On the flip side, she says to expect the convention portion to be much more concise because scripts won’t be written to buy time for the next award group. “They will be much easier to write now,” she says.

During convention week, look for the business session to be conducted virtually on June 9; Star awards will be presented virtually on the evening of June 10; and elections will take place on June 11.

For Bunselmeyer, the excruciating process of making these kinds of decisions is heightened by FFA’s desire to teach and lead students at the same time.

“One of the biggest lessons that’s so hard to teach our officers at this age is asking, ‘Let’s say we could gather on June 9. Is that the right thing to do?’” she says. “What are the optics for our organization? Not just the risk and liability of it, but we want to be a positive example and a good role model and a good steward.

“That’s been a good reminder for all of us — to think beyond our organization,” Bunselmeyer says.

It’s given everyone involved perspective, too, she adds.

“We’ve tried really hard to keep some of these events alive, but we try to be conscientious that some of our members’ families have lost their jobs and their livelihoods,” she says. “There are a lot more important things than FFA.”

That perspective has landed well on the state officer team and other students, who’ve amped up their offerings on social media with videos and live career events.

“Yeah, they’re bummed, but compared to what other people are losing or missing out on, it pales in comparison. That’s a life lesson, and a good reminder and perspective,” Bunselmeyer says.

Traditional convention week will stick to the usual schedule:

Parliamentary Procedure and Conduct of Chapter Meetings contests are postponed, and a date has not been announced. Public speaking events will continue virtually, with section results by May 22 and district results by June 2. The state public speaking contest will be held virtually on June 16. The Agriscience Fair will be virtual on June 11.

State and American FFA degrees will be presented virtually in a rolling format July 13-17. Bunselmeyer says they’re collecting photos of each honoree and putting together an extensive video presentation. They’ll recognize winners from each district on the following schedule:

Retiring state officers will present their retiring addresses as they present awards during the week of July 20 on the following schedule:

The Greenhand Quizbowl, scrapbook and annual Ag Communications Summit have all been canceled.