Heat stress prevention is as important a safety measure as the proper operation of farm equipment or the application of chemicals in the field. Summer is typically one of the busiest times in agriculture, a time when our minds are focused on the job at hand, and a time when we are more likely to put our nose to the grindstone without remembering the risks involved in body heat management. 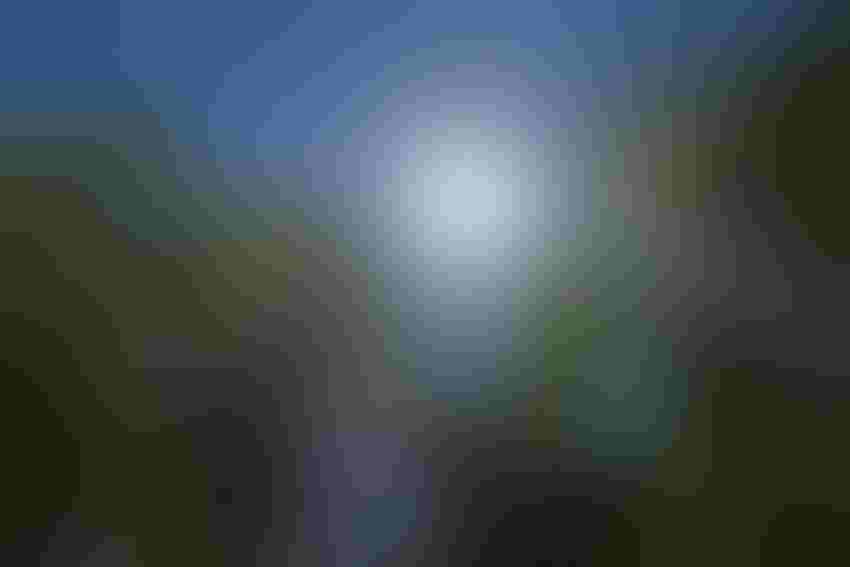 Hot, dry days of summer can play havoc with Southwest crops and livestock; they also may create life-threatening conditions for farmers and ranchers.

July is slowly fading and August is just around the corner, and every ag producer across the Southwest knows that from now through the end of harvest work around the farm and ranch will heat up. Also high, oppressive temperatures will be beating down on most of us.

While the summer heat plays an important role in the development of many of our crops, it can also take a toll on both land and farmer. Even the threat of drought, for example, can make a farmer sweat, and too much heat and too little water can ruin a crop. But the risk doesn't stop there.

When you think about it, the farmer is not that much different than the land when it comes to too much heat and exposure to the sun. A field with too little water or too much heat can dry out quickly. A farmer who fails to rehydrate regularly during summer work can also dry out, resulting in heat exhaustion or even a more serious condition, heat stroke.

A hot sun can cook an egg on the pavement and a tomato in the field. Likewise, it can cook a man's skin and create serious long-term health risks, and though most don't want to be warned of something we have known about for years, in some cases decades, times have changed. Scientists tell us because of a changing atmosphere, more harmful solar rays are filtering down, and risks from over-exposure are going up. So have heat indexes, meaning high temperatures are probably harder on us today than just a few years back.

Related:Agro-terrorism: How does it affect U.S. farms and ranches?

Simply stated, though many who farm or ranch pride themselves on being tough enough to work outdoors year round (like they always have), all of us need a reminder from time to time about the rising dangers of sun and heat. With temperatures reaching far into triple digit territory in recent days and even warmer weather expected later this week and well into August, now is the perfect time to be reminded.

Heat stress prevention is as important a safety measure as the proper operation of farm equipment or the application of chemicals in the field. Summer is typically one of the busiest times in agriculture, a time when our minds are focused on the job at hand, and a time when we are more likely to put our nose to the grindstone without remembering the risks involved in body heat management.

While all of us know heat illness in agriculture is a common occurrence, some may not realize the risks have become greater over the years. The incidence of skin cancer has been rising at an alarming rate in recent years. It is now the UK’s most common cancer, according to the British Association of Dermatologists, with more than 100,000 new cases reported each year. The same is true for many other countries, including the United States. Rates of melanoma, the less common but more dangerous form of skin cancer, have more than quadrupled since the 1980s.

While dire warnings about the dangers of sun exposure have been rammed down our throats in recent years, many of us remained doubtful. And in fairness, only recent studies in Australia have shed light on the possibility that it is serious sun burning and not slow, steady exposure to the sun that causes most sun-related skin cancers. But regardless the specifics, the truth remains that if we don't stay aware of the dangers of sun and heat exposure, we could pay a hefty price.

Rather than wade into the world of controversy and try to solve the question of what is and what is not good for us, or whether the modern sun is worse for us now than it was when we were younger, our approach is a little more on the simple side. Whether skin cancers are the result of hours of exposure to the sun or is the direct result of rapid sun-burning isn't the issue. Exposure to too much sun, and certainly to become overheated rapidly and dehydrated because we are too busy to remember to drink more water, is a tangible risk on the farm and ranch, and dealing with those risks should be forefront in your mind during the Dog Days of summer.

Just this week, temperatures in the extreme Southwest and Western regions of the nation have climbed as high as 117 degrees. Also this week, the heat index in Dallas has reached 116, in San Antonio 112. Call it what you wish, but such heat is not only oppressive and inconvenient, it can be deadly if you ignore a few basic safety rules about heat stress and sun exposure. First is recognizing the early signs of trouble.

The human body's main defense against heat is perspiration, which occurs when the surrounding environment is hotter than the skin temperature. This response (a sympathetic nervous system reaction to the environment) allows the release of a chemical called acetylcholine that starts the sweat glands in the skin to release moisture and move it to the skin's outer surface for cooling. Unfortunately, in hot and humid weather, the moisture cannot always evaporate causing it to collect on the skin and increase the body's temperature and heart rate. When this occurs, the body sweats excessively, draining the body of water and electrolytes, which can result in a heat-related illness.

To be more specific, hot weather places extra strain on your body as it tries to cool itself to its preferred temperature of 98.6 degrees. Farmers working outside, or in farm buildings or sheds with poor cooling methods, are at particular risk. Three stages of heat stress include: heat cramps, heat exhaustion and heat stroke.

According to research by AgAmerica Lending, heat exhaustion is marked by cool skin that is pale and clammy, dizziness, headaches, cramps, nausea/vomiting, weakness, confusion, and unconsciousness. It is caused by dehydration and loss of the salts and electrolytes the body needs to function. Heat stroke is a medical emergency where the body is unable to cool itself at all.

Characteristics of heat stroke include skin that is hot and dry, a high body temperature, changes in behavior like confusion or anger, chills, nausea, dizziness, unconsciousness, convulsions, and delirium. Heat stroke could cause death if not treated.

In both cases, the sufferer should be moved to a cool area, given fluids if conscious, and have excess clothing removed. In the case of heat stroke, it’s advised to try to cool the person by applying cool water to their skin. Lastly, medical professionals should be called in both cases.

The best treatment for heat exhaustion and heat stroke is to avoid the conditions altogether. Young children, the elderly, and those with health issues are more susceptible to heat stress in agriculture settings. AgAmerica Lending suggests theses heat safety tips to avoid heat stroke on the farm:

·         Make sure all farm workers and employees know about preventing heat stroke.

·         Avoid eating or drinking caffeine, alcohol, and sugary items because they increase dehydration.

·         Schedule strenuous work, or that which requires personal protective equipment, for the morning and evening hours.

Also, ag workers need to know if their prescriptions and over-the-counter medications might make you more susceptible to heat stroke. If you have a chronic health condition, get clearance from your doctor to work in hot and humid environments.