NIMFFAB is a coalition of national and state investigators conducting research on crop and food biosecurity and forensics issues. NIMFFAB assess current national capabilities for microbial forensics as related to plant pathogens and food safety and provides strategic planning, a long-range vision and prioritization of needs and resources related to plant and food-related microbial forensics and agricultural biosecurity.” 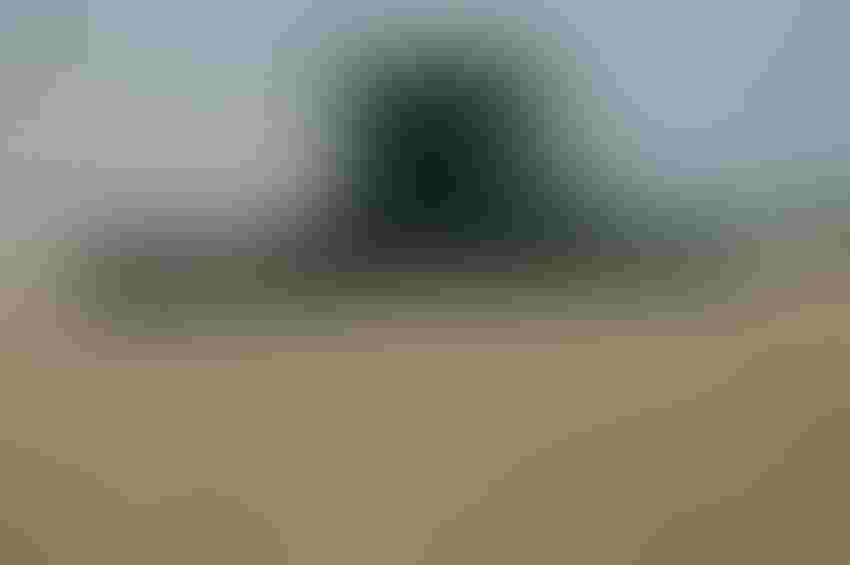 Farmers need a plan to protect crops and recover from a biosecurity event.

Agricultural biosecurity doesn’t exist only in the realm of spy novels and thriller movies. It’s real and it should concern all of us, including farmers, government, law enforcement and consumers, says Jacqueline Fletcher, Regents Professor, Active Emerita, Oklahoma State University, and former director of the National Institute for Microbial Forensics & Food and Agricultural Biosecurity (NIMFFAB), located at Oklahoma State University.

According to the organization website, “NIMFFAB is a coalition of national and state investigators conducting research on crop and food biosecurity and forensics issues. NIMFFAB assess current national capabilities for microbial forensics as related to plant pathogens and food safety and provides strategic planning, a long-range vision and prioritization of needs and resources related to plant and food-related microbial forensics and agricultural biosecurity.”

Fletcher explained the role and goals of NIMFFAB at the annual meeting of the American Peanut Research and Education Society (APRES) in Albuquerque this week.

U.S. crops are vulnerable to yield and quality losses and possible human exposure to toxins. Human health, food availability and food prices are at risk.

An agricultural biosecurity event could disrupt trade, result in embargoes, affect national economies and undermine public confidence in the food supply and production capacity. Agriculture accounts for a significant portion of the U.S. gross domestic product, one-sixth, and accounts for 17 percent of U.S. employment, Fletcher said. Introduced pathogens account for 65 percent of crop losses, she added.

She pointed to peanuts as an example of how vulnerable agriculture is. Some 7,000 U.S. farmers raise peanuts, and the U.S. is one of the top exporters of peanuts with 250,000 metric tons available for the world market at a value of $244.5 million.

She says single crop losses have occurred in the past, including the Irish potato famine, which resulted in more than 1 million deaths and more than 1.5 million Irish immigrants. A Ceylon coffee rust infection in the late 1800s disrupted the market and resulted in the United Kingdom switching to tea as the beverage of choice.

Today, she said, a single crop calamity would have minimal effect on the U.S. or other developed nations, but could be disastrous to developing countries, such as Ghana where peanuts (or groundnuts) are a major cash crop. “About 90 percent of Ghana farms grow peanuts for export,” she said.

A significant loss of production in such cases leads to significantly higher prices and fear of food shortages and possible social upheaval.

Fletcher said some pathogens affect the plant, and some foodborne pathogens are threats to human health—salmonella, listeria, and e-Coli, for instance. “Salmonella is the most prevalent pathogen in peanuts,” she said. Several recent infections have occurred in New Mexico, Georgia and Texas processing facilities.

Fletcher said NIMFFAB looks at plant pathogens as a possible agent for terrorism. “After 911, the FBI determined that microbial forensics in the U.S. had shortcomings. Agriculture was listed as an important segment of concern.

“Plant pathogens are easily attainable to those with nefarious intentions,” she said. Intentional contamination or introduction of crops may be used for numerous reasons, she added. Gaining a trade advantage is one; others include economic gain, social statements, revenge or terrorism.

It has happened before, she said. During World War II, Britain accused Germans of dropping potato beetles on cropland to disrupt production. She said Israel has sprayed pesticides on grapes in Palestine.

“So, agriculture can be targeted.” Consequently, farmers, ranchers and others closely related to agriculture production should be vigilant for any signs that a pathogen may be intentionally introduced into cropland.

“Farmers should have a plan for prevention, identification and recovery,” she said. She said the National Plant Disease Recovery program was established in 2004 to reestablish crop production quickly following an act of bioterrorism or other ag biosecurity issue. As recently as July 1, a law was signed by President Trump that will help recovery from an act of agro-terrorism.

Fletcher said forensic specialists also work to determine origins of the pathogens and identify the culprits for prosecution. It’s a difficult process. “We have hundreds of crop plants and each has many different pathogens. We lack adequate information on many of those pathogens,” she said.

She said the NIMFFAB has three priorities—Research to learn more about pathogens and introduction pathways; education to prepare the next generation of forensic biosecurity experts; and outreach to transfer science to stakeholders, including producers and consumers.

The crucial factor for farmers, she added is to “have a plan.”

For more information on the NIMFFAB see the website at http://entoplp.okstate.edu/nimffab/