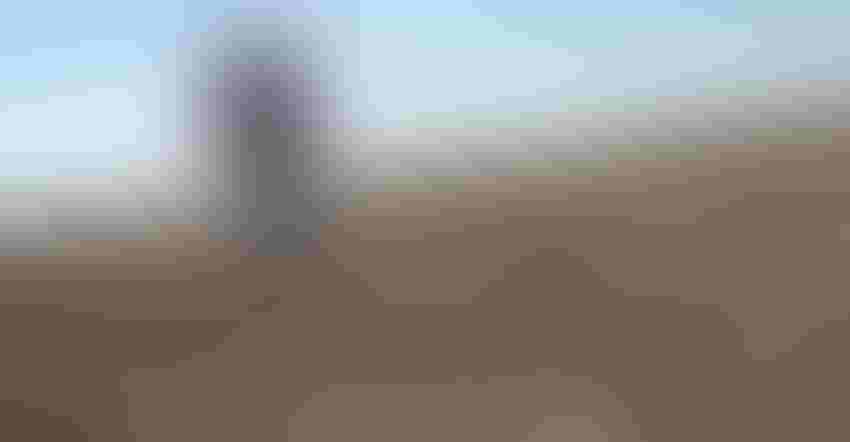 They discussed the issues in a recent Ag Law in the Field Podcast, which Lashmet hosts.

She asked Ferrell to talk about the primary mental health issues on the farm.

“We have four big areas,” Ferrell said. He breaks them down into depression, anxiety, psychosis, and substance abuse.

“We’re most familiar with depression,” Ferrell said. “Most of us at some point probably experience subclinical depression, just feeling down, a depressed mood.” That’s different from major depression. “Major depression affects sleep habits, eating habits, and possibly withdrawal from relationships. Someone in major depression may suffer physiological or sociological impacts.”

He said major depression is “what we talk about in agriculture the most, but bipolar depression also occurs. Someone might be in a depressed state but rebounds to a very aggressive or hyperactive state.”

Other forms of depression include postpartum depression, which includes physiological, emotional, and psychological responses. Seasonal depression and changes in the environment also affect farm families.
“Something like the wind blowing for days on end,” Lashmet said.

See Part 1- Rural America is in a mental health crisis

Ferrell said depression maybe the easiest mental health issue to identify. Research shows about 70% of individuals could correctly identify either a depressive state in themselves or in someone else.

“We're great at identifying depression,” he said. “We're just not as good at knowing what to do about it.”

Anxiety might exhibit as a phobia, fear of snakes or spiders or claustrophobia, Ferrell said. “We might not recognize social anxiety disorders the same way. Feeling uncomfortable in specific kinds of social environments or social situations is how anxiety might manifest itself. It could be a persistent cycle or worry.”

He said a generalized anxiety disorder might manifest in agriculture when a farmer can't stop his mind grinding about everything that's going on — prices, drought, marketing, cash flow. And it just never stops.”

Acute stress may originate with a traumatic event, such as a wildfire.  An anxiety might develop about fire that someone then associates another stress with that particular stressor. “Whenever that stressor pops up, anxiety starts to well up.”

Acute stress could go into a panic disorder, a panic attack.

Download our guide to mental health, Being healthy: Mental health resources for farmers

Ferrell said obsessive compulsive disorder is another anxiety disorder. “Someone with OCD might think, if I don't do this, bad things will happen. Manifestations include things like obsessive hand washing or flipping a light switch on and off.

“Anxiety is usually an outgrowth of something traumatic that's happened to us,” he said. "Psychosis is what many people think about when they consider mental health issues. And that's probably why we have so much stigma about mental health. People think mental health and their brain jumps to psychosis, things like schizophrenia, hallucinations, situations when people are not perceiving their environment correctly.

“They might be seeing, hearing, or experiencing things that aren't there. Multiple personality disorder is another one. We need to talk about those issues.”

Substance abuse disorders coincide with the opioid epidemic in rural America, he added. “There's a reason for that. Farmers get physically hurt. Agriculture is second behind the mining industry in terms of mortality and morbidity.

“Folks do dangerous stuff on the farm. They get hurt. Some of that's unavoidable, some of it is avoidable. Farmers get hurt and go to the doctor to fix it.” [In an aside Ferrell pointed out that the same impulse doesn’t occur with mental health.] The doctor identifies pain, fixes the injury, and provides a pain medication, which might be an opioid.”

He said those meds are appropriate for that use. “But when people use those drugs to treat physiologic pain, they also affect neurochemical receptors in the brain and they feel better emotionally.”

The ultimate tragedy with mental health issues, Lashmet and Ferrell emphasize, is potential for suicide.

“It's so tragic,” Lashmet said.  “I see a lot of it, how these illnesses progress and push a person to this place. It is imperative for us to see when a person's heading down that path and try to engage with them.”

Ferrell said a mnemonic device can help observers identify when someone needs help. “If you're worried about someone showing suicidal ideation, ask yourself is the path warm. It’s like this: I S P a T H w a R M:

“Look out for those signs,” Ferrell said. “Those are signals that you need to interact with somebody in trouble.”

That trouble could be deadly serious and should not be dismissed as irrelevant.

Removing someone with suicide ideation from danger is imperative, he added. “You have to get them out of that dangerous environment. In agriculture, we have a much higher rate of completed suicides through numerous means of suicidal completion.”

He recommends securing firearms and taking away car keys. “Remove certain medications they might try to use. Remove any means a person might use to harm himself until you are assured they're okay.”

He suggests looking up the national suicide helpline and adding it to phone contacts.

“So, if you're with somebody and recognize that they need that kind of support, the contact is at hand,” Lashmet said. “In a crisis, you don't want to be fumbling around trying to find a phone number.”

The most important tool, they said, is awareness. Know the danger signs, what the stressors are, and be willing to intervene to help. Just showing that you care could save a life.

If you or someone you love is feeling hopeless or suicidal, dial 988, the new three-digit dialing code, to be routed to the National Suicide Prevention Lifeline. When people call, text or chat 988, they will be connected to trained counselors.

Next in this four-part series, "Intervention: Key to mental health."