Tiffany Dowell Lashmet discusses in her ag law blog a case that reinforces the need for liability insurance. 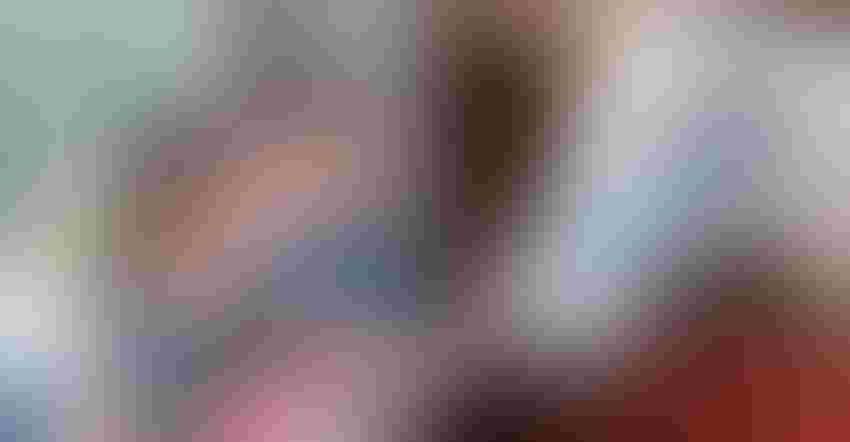 Todd Hanson owns a 56-acre property in Crosby, which he rents as a wedding venue called The Barn at Four Pines Ranch. The weddings are held in a barn on the property. Cattle and horses are on the property, but there is a fence separating the livestock from the barn.

When the bride and groom arrived on their wedding day, they noticed that the horses were in the area that should have been enclosed for the attendees.  About an hour before the wedding began, Melissa Lobue, a bridesmaid, walked over to the horses and began to pet one named Shiloh.  When she moved to pet a second horse, “Shiloh disagreed, and grabbed her by the arm, shook her, and tossed her to the ground.”

Lobue filed suit against Hanson for damages.  She filed a premises liability claim, alleging that Hanson failed to warn her about the horse, failed to warn of his viscous tendencies, and that by leaving the horse loose, unattended, and in an unsafe place, he breached the duty to keep the property in a reasonably safe condition.  She also alleged negligence, based on Hanson’s failure to warn, failure to properly handle the horse, and having the horse in an unsafe place.

Hanson responded seeking to dismiss the case on two grounds:  (1) the Farm Animal Liability act precludes her claims; and (2) the uncontroverted evidence that Hanson was not aware of Shiloh displaying any dangerous tendencies, thereby defeating a required element of her negligence claims.

The appellate court affirmed the dismissal.

The Farm Animal Liability Act precludes liability against “any person…” for “property damages or damages arising from the personal injury or death of a participant in a farm animal activity or livestock show if the property damage, injury, or death results from the dangers or conditions that are an inherent risk of a farm animal activity…”  [To read more on the Farm Animal Liability Act, click here, here,  and here.]  An inherent risk is broadly defined by statute, including “the propensity of a farm animal to behave in ways that may result in personal injury or death to a person on or around it…”

The court noted that in order to successfully qualify for the immunity offered by the Farm Animal Liability Act, Hanson had to prove the following:  (1) Hanson qualified to seek protection under the Act; (2) Lobue was a “participant”; (3) in a farm animal activity; and (4) the injury was a result of an inherent risk.

The Act defines participant as “a person who engages in a farm animal activity, without regard to whether the person is an amateur or professional, or whether the person pays for the activity or participates in the activity for free.”  Last year, the Texas Supreme Court held that the Act applies to participants at shows, exhibitions, rodeos, and trail rides generally, but does not apply to ranch employees injured in the course of their employment.  [Read prior blog post here.]   The Act includes a number of actions in the definition of “farm animal activity” including an “event…that involves farm animals” and  handling farm animals.”  Neither the term “handling” nor “event” are defined in the Act.

Lobue claims she was not a participant because she was not engaged in a farm animal activity.  Hanson, on the other hand, claims her injuries occurred while “handling” Shiloh, and as part of an “event” involving a farm animal, fitting squarely within the statue.  The court looked at the dictionary and USDA regulatory definitions of handling and ruled that the trial court did not err in holding that by petting him, Lobue “handled” Shiloh.  By petting the horse, “she was ‘handling’ him in this literal sense of the term” making her a participant in a farm animal activity.

Lobue mentioned in passing that the Act does not apply when a “spectator” is injured (rather than a participant) but the court noted that she did not adequately brief that issue or offer evidence or explanation why she should be considered a spectator.

Further, the appellate court held that the trial court would not have erred to find the wedding qualified as an “event…that involves farm animals” also falling within the definition of a farm animal activity.  The venue’s website mentions livestock on the property as an attraction and offers pictures with the horses as part of the wedding package options.  Hanson testified that as part of the contract with the bride and groom, he advised them to warn guests not to approach the animals, indicating that the parties at least contemplated possible interaction with the cattle and horses.

Lobue also claimed that the trial court failed to find that an exception to the Farm Animal Liability Act applied, meaning that the Act’s protections were inapplicable to Hanson.

First, she claims that Hanson failed to post warning signs as required for a farm animal professional under the statute.   The court agreed that the signage was not present, but held that the requirement of signs “is not in fact a statutory exception to the liability shield.”  The court indicated that the signage requirement was not listed in the same statutory section as the other exceptions to the applicability of the Act.  “While the provision mandates signage, it is without any defined penalty for non-compliance.”  Thus, despite the lack of signs, the court held this did not preclude the Act’s protections from applying to Hanson.

Thus, the court sided affirmed the trial court’s dismissal of the case.

Judge Spain wrote a one-sentence concurrence, saying that he agrees with the outcome, but wants to note that the court does not and need not address how the “spectator” status relates to the summary judgement motion.

This case is a good reminder for all farm animal owners that unexpected injuries can occur at any time.  Here are a few of my key takeaways.

First, as I say with every case against a rural landowner, it is critical to have liability insurance.  Remember that liability not only covers a landowner up to the policy limits if a covered claim is made, but it also provides a defense in the event a lawsuit is filed.  Even in a situation like this one, where the landowner was able to prevail and get the case dismissed, he would have likely encountered substantial legal fees to do so, and having the defense provided by insurance would alleviate that expense.

Second, I find the court’s analysis of the lack of the sign interesting.  The statute certainly does require a farm animal professional to have the signage posted.  However, as the court pointed out, the statute does not spell out the consequences of failing to do so, and the lack of signage is not listed as an exception to the Act’s protection.  I’ve not seen a court address this issue previously, so that was interesting to consider.  That said, I would still recommend that all farm animal professionals have the sign posted as required by the Act to ensure protection.

Finally, keep in mind that there are amendments to the Farm Animal Liability Act currently pending in the Texas Legislature.  Here is a blog post I did summarizing the bill about a month ago.  It continues to make its way through the process, and one additional change of note is that the most recent version of the bill would add “a honeybee kept in a managed colony” to the definition of a farm animal. The bill passed the House and was referred to the Senate State Affairs Committee.  [Read current bill draft here.]