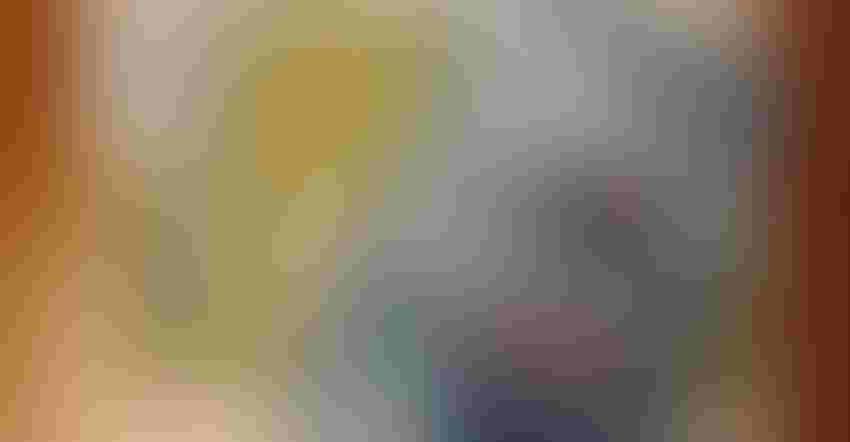 The other day, I received a strange looking little book in the mail to review. It is called “Bulletproof Your Farm,” written by Andy Junkin.

I expected the 122-page paperback to be more of the usual stuff about successful fam management — know your costs, take care of the land, etc.

But it wasn’t. It was about what families can do to make better business decision together.

Surprisingly, Junkin didn’t write a boring list of rules to follow. He told stories about some of the farms and families he’s worked with over the past 10 years. My favorites include:

Overworked. A farm that grew from selling 3,000 acres to selling 20,000 acres of dehy alfalfa. The son was sleeping only a few hours a day in the shop while running the dehy plant overnight. In one three-week run he didn’t once get home to his wife and kids (three under the age of 7), even though they lived just seven miles away. The patriarch of the family and the majority owner of the business was surprised when his daughter-in-law said she wanted a divorce.

No good ideas. A dairy that forecast a $200,000 loss for the next year. The father was concerned that he was going to have to sell the cows and retire rather than set up his daughter to take over the farm. But he was furious with the ideas that came out of a team meeting that he and his daughter attended with Junkin, their vet, nutritionist and a nationally-recognized dairy management consultant. In three hours, the group had come up with seven ideas that could have cut the farm’s costs by $500,000 and increased its revenue by $200,000 per year. But the father nixed each idea. In the end, the daughter quit and the father had to sell the farm.

Hands-on approach. A chicken hatchery that was having trouble after the son returned from college and assumed responsibility for some of the operation from his father. Their nine employees — some of the toughest men in the county, some of them having prison records — had no use for the “frat boy” who didn’t work with them like the father did. One day, the son got set up in a physical altercation with an employee.

Brotherly business. Two brothers who were losing $200 per acre even when corn was $7 per bushel. Although the brothers had agreed they needed to work toward being able to produce corn for $3 per bushel, tensions were still high. One day, one of the men grabbed his brother by the front of his shirt and was rearing back to punch him. One of the wives stopped it when she shouted, “What’s this have to do with $3 corn?”

Junkin doesn’t run a big, successful farm in Iowa where he lives. In fact, Junkin failed at turning his own family’s farm around.

“The day I left for agriculture college, my mother showed me our farm financials,” he writes. “We hadn’t made money in over five years. She said to me, ‘If you don’t fix these numbers, I’m leaving your father.’”

So Junkin went to college “hellbent on saving the family farm.”

He did an independent one-on-one course with a university professor and he wrote a 200-page plan on how to turn their farm around. When he brought the plan home, “my dad glanced at the cover, open the firebox, and threw it straight in the fire.”

Junkin went on to write 18 different business plans for the farm while in college. He filled five plastic totes of photocopies of research backing up his plans. But nothing, he says, got read.

“When I came home to farm, my dad’s abrasiveness got worse. One year, he even ploughed my crops under in the middle of the season after my uncle joked that I was going to make a profit on rough land that dad could never succeed on.”

Why would a man be so resistant to change when he was about to lose the farm and his family?

“Then I realized the answer,” Junkin writes. “When young lads come home from agriculture college, they have 1,001 ideas to improve the operation. The first couple ideas Mom and Dad try to go along with, even if some of them are just plain stupid. After a while, suggestions for change feel like criticisms of what Mom and Dad and have done in the past. They have worked their entire lives to give the farm to the kids on a silver platter, and the kids are looking a gift horse in the mouth and trampling on the gift.”

Junkin wasn’t able to save his family’s farm.

“In 2003, my dad went to an auction sale and my mother — [who was the farm accountant] — yelled out as he was leaving, ‘Don’t bother buying any farming equipment!’ My dad came home with a manure spreader, and I guess you could the say, ‘the fit hit the shan’ that day. This triggered their divorce and eventually the end of farming for me.”

Junkin has worked as a “farm family meeting chairman” since then, first just for friends and then for clients throughout North America.

“After a decade of turning around the direst farm succession, farm debt and toxic family business culture situations, I realized the root issues are the same: farm families are lousy at making decisions together,” he writes. “I fix this.”

One thing he recommends farmers do is spray paint the family’s goal on the front of their shop door. Then it is impossible to forget. Another involves burning money!

You’ll have to read the book to find out what those are about. To order the book or learn more, visit agriculturestrategy.com, bulletproofyourfarm.com or call 800-4747-2057