A UC scientist believes managed aquifer recharge on agricultural lands close to populations with parched wells is a hopeful solution. 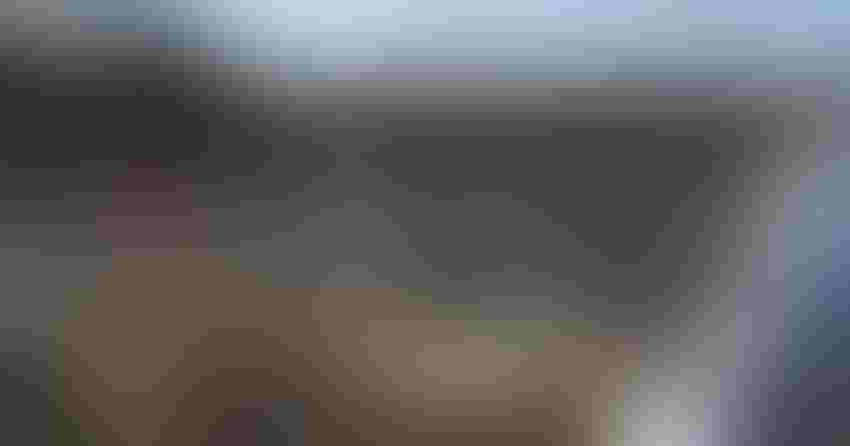 Cosumnes River water floods a vineyard to recharge groundwater in an experiment conducted by the Dahlke Lab at the University of California, Davis.Helen Dahlke/UCANR

When droughts strike, people who rely on shallow domestic wells for their drinking, cooking and washing water are among the first to feel the pain.

Aquifers have become depleted from decades of overuse. Drilling deeper is an option for farmers, but prohibitively expensive for low-income residents in disadvantaged communities in California's San Joaquin Valley.

A University of California scientist believes managed aquifer recharge on agricultural lands close to populations with parched wells is a hopeful solution.

Helen Dahlke, professor in integrated hydrologic sciences at UC Davis, has been evaluating scenarios for flooding agricultural land when excess water is available during the winter in order to recharge groundwater.

If relatively clean mountain runoff is used, the water filtering down to the aquifer will address another major groundwater concern: nitrogen and pesticide contamination.

“The recharge has the potential to clean up groundwater,” she said.

Five years ago, UC Cooperative Extension specialist Toby O'Geen developed an interactive map that identifies 3.6 million acres of California farmland with the best potential for replenishing the aquifer based on soil type, land use, topography and other factors.

Dahlke and her colleagues analyzed the map and identified nearly 3,000 locations where flooding suitable ag land will recharge water for 288 rural communities, half of which rely mainly on groundwater for drinking water. The research was published by Advancing Earth and Space Science in February 2021.

“If we have the choice to pick a location where recharge could happen, choose those upstream from these communities,” Dahlke said. “Recharge will create a groundwater mound which is like a bubble of water floating in the subsurface. It takes time to reach the groundwater table. That bubble floating higher above the groundwater table might just be enough to provide for a community's water needs.”

Many climate models for California suggest long-term precipitation amounts will not change, however, the winter rainy season will be shorter and more intense.

“That puts us in a difficult spot,” Dahlke said. “Our reservoirs are built to buffer some rain storms but are mainly built to store the slowly melting snowpack in the spring. In the coming years, all the water will come down earlier, snowmelt likely in March and April and more water in winter from rainfall events.”

She is working with water districts and farmers to consider a change in managing water in reservoirs.

“We want to think about drawing reservoirs empty and putting the water underground during the fall and early winter. Then you have a lot of room to handle the enormous amounts of runoff we expect when we have a warm atmospheric river rain event on snow in the spring,” she said. “However, farmers are hesitant. They like to see water behind the dams.”

Interest in groundwater banking has been lifted with the implementation of the 2014 Sustainable Groundwater Management Act (SGMA). The law requires governments and water agencies to stop overdraft and bring groundwater basins into balanced levels of pumping and recharge by 2040.

Before SGMA, there were no statewide laws governing groundwater pumping and groundwater was used widely to irrigate farms when surface supplies were cut due to drought.

“For some of the drought years, overdraft was estimated to be as high as 9 million acre-feet a year,” Dahlke said.

Dahlke believes wintertime flooding for groundwater recharge can help water districts meet SGMA rules. “We have to do anything we can to store any surplus water that becomes available to save it for drier times and our aquifers provide a huge storage for that,” she said.

The Dahlke lab is collaborating with UC Agriculture and Natural Resources farm advisors and specialists and with scientists at other UC campuses to learn about agronomic impacts of flooding a variety of agricultural crops, including almonds, alfalfa and grapes.

In the San Joaquin Valley, UC Cooperative Extension irrigation specialist Khaled Bali led an intermittent  groundwater recharge trial on alfalfa. The researchers applied up to 16 inches per week with no significant impact on alfalfa yield.

“You could do groundwater recharge in winter and then turn the water off completely and still get a cutting or two of alfalfa before summer,” he said.

This past winter, Dahlke was prepared to flood 1,000 acres of land with water from the Consumnes River. Even though winter 2020-21 was another drought year, the research will go on.

Her team was able to flood a 400-acre vineyard and, in collaboration with scientists from UC Santa Cruz, deploy sensors in the field to measure infiltration rates to better understand whether sediment in the flood water could clog pores in the soil.

Her team also collaborates with Ate Visser of Lawrence Livermore National Laboratory in using isotope and noble gas data to determine the groundwater age and flow.