The EPA this year will deliver important decisions to U.S. agriculture, including on chlorpyrifos, glyphosate, the neonicotinoids, pyrethroids, atrazine and over-the-top dicamba. 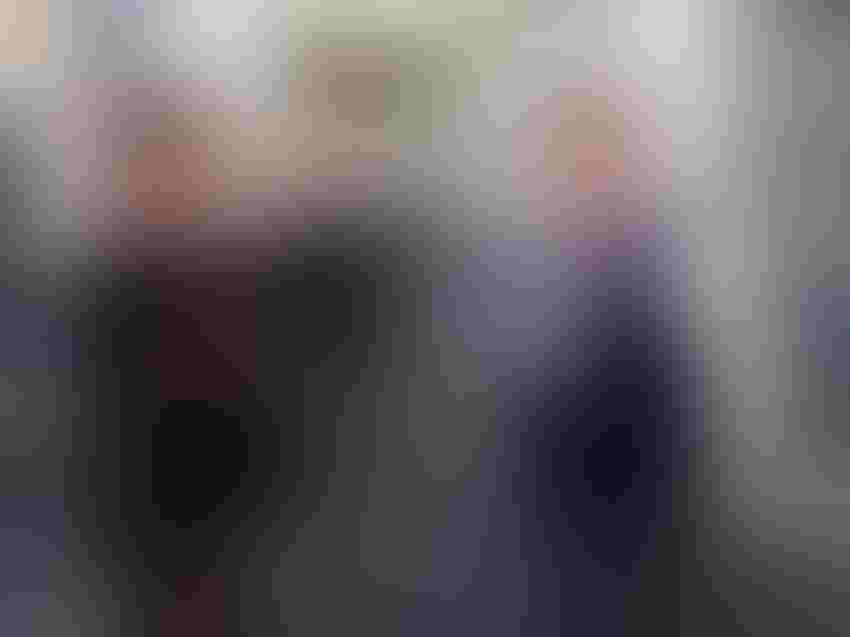 The EPA this year will deliver important decisions to U.S. agriculture, including on chlorpyrifos, glyphosate, the neonicotinoids, pyrethroids, atrazine and over-the-top dicamba.

Rick Keigwin is the director of EPA's Office of Pesticide Programs. He spoke about the decisions and the agency's process for making them Jan. 10 at the Southeast Regional Fruit and Vegetable Growers Conference in Savannah.

More than a decade ago, chlorpyrifos came under fire by environmental groups that petitioned the EPA to revoke all tolerances of the organophosphate. The agency did not revoke the tolerances. Appeals followed and litigation started against the agency for denying the groups' petition, which, the agency says, failed to meet the legal burden under the law for EPA to revoke chlorpyrifos.

Keigwin could not speak on the current litigation, but said the agency and registrants are discussing possible changes to the chlorpyrifos registration to better estimate runoff levels into water resources.

"We are in the process of updating our assessments on chlorpyrifos. They will be available this summer for public comment, and then by October, we will also issue a proposed regulatory decision for chlorpyrifos."

According to Tim Hearden reporting in Western Farm Press, "The training wheels are about to come off for growers test-driving alternatives to chlorpyrifos, which is being phased out by California regulators this year (2020). Under an agreement between the state and manufacturers, chlorpyrifos will not appear on store shelves after Feb. 6, and farms must use any they have on hand by the end of 2020."

Early this calendar year, the agency will issue a final decision for glyphosate registration. The EPA, along with every other regulatory body and science organization around the world, concluded the chemistry is not a carcinogen, he said.

"We received a half million comments on our proposed decision from last year. We're in the final stages of wrapping up and developing responses to those comments," he said.

The re-registration for the neonicotinoids has taken longer than the typical six years because the review, done together with Canada and the California Department of Pesticide Regulation, included four active ingredients: Imidacloprid, thiamethoxam, clothianidin and dinotefuran.

How these chemistries affect pollinators has been an important part of this review. EPA's preliminary pollinator assessment, he said, shows the potential for 'on-field risk' from some uses of neonicotinoids, but the agency considers risks low for chemistry used as a seed treatment, which is a large part of how it is used in agriculture.

Early this year, he said, the agency will release its proposed decision on neonicotinoids for public comment.

"There are some data that have become available about potential risks to pollinators and we're working through a risk management proposal for dealing with potential pollinator risk from pyrethroids and that will come out probably later this spring," he said.

As part of its review process, the agency proposed a decision last month for the widely used herbicide atrazine. For crop uses, the agency doesn't propose much change, but it does propose to add protection equipment to protect workers, mandatory label directions for spray drift management and reduce weed resistance risk. The agency does propose reducing the maximum rate for turf application 'to protect children who crawl or play on atrazine-treated grass."

The agency will decide in 2020 whether the registrations for new dicamba products remain or are modified further for the 2021 season. The registration for new dicamba herbicides used on new resistant crops such as soybeans and cotton started in 2016. It's no secret the rollout ran into trouble due to drift, or off-target, issues and crop injury complaints.

With further restrictions on the label, the agency renewed the registrations for the 2019 and 2020 seasons, but those registrations will run out at the end of this year if EPA doesn't renew them. Some states used their authority to make further changes to labels for applications in state.

EPA required companies with the new dicamba products on the market to conduct studies last year in Illinois, Missouri and Mississippi to see if geography played a part in off-field movement and those reports are due soon, he said.

"This year we'll be looking at the data the registrars have been required to generate. We're already in discussion with them, the state departments of agriculture and hope to engage soon with some academics about the research they may have underway. And then we'll make a new regulatory decision likely in the August-September time frame before December to help in seed purchasing decisions for 2021," he said.

Keigwin said reports of non-performance with the new technology is also on the radar. "We don't know if it's a resistance issue. We don't know if there's some antagonism when dicamba and glyphosate are being applied together. So that's one of the factors we'll also be looking at and whether or not to renew the registration for the 2021 growing season."

The agency late last year approved 10 pesticides for use in hemp, nine biopesticides and one that is considered a conventional, but is really like a soap. All 10 products, he said, were approved because none require a regulated tolerance level.

The challenge now, he said, is finding data needed for approving the pesticides that do require tolerance levels for potential use in hemp. What residue data does the agency need and in what parts of the plant?

He said the agency has been working closely with IR-4, a very important federally funded program established decades ago to conduct the research necessary for registrations of pesticides needed to grow minor crops, such as hemp and vegetables.

Not many companies, he said, are seeking registrations for pesticides for hemp, but once FDA decides its stance towards hemp and Cannabidiol, or CBD, that may change.

"So, there's going to be a lot of basic research that's done over the next couple of years to figure some of that data. We can then begin to figure out if we have to set tolerances. If FDA concludes that CBD is a food than we would have to set tolerances and we want to be positioned with a well-established program to move forward with any applications," he said.