&bull; Farmers across the state have reported that workers left because they feared harassment under the new law or have family members who are undocumented.&bull; Much of the law went into effect on Sept. 1, but provisions requiring all Alabama employers to use the federal E-Verify system won&rsquo;t become effective until April 1, of 2012. 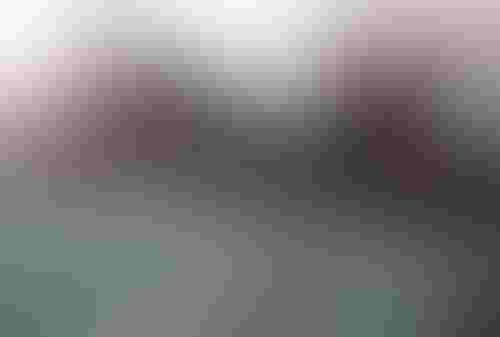 Alabama lawmakers who sponsored and voted for the state’s new immigration enforcement legislation call it the toughest such law in the country, and they’ll get no argument from farmers, who say they suffered harvest losses this year because they couldn’t find enough workers to pick their crops.

Farmers across the state reported that workers left because they feared harassment under the new law or have family members who are undocumented.

Much of the law went into effect on Sept. 1, but provisions requiring all Alabama employers to use the federal E-Verify system won’t become effective until April 1, of 2012.

The law makes it a crime to employ or assist an illegal immigrant in remaining in the country. And, while the law continues to be challenged in federal court — and certain portions have been blocked — almost all of those affecting Alabama employers remain in place, and farmers are feeling the brunt.

The U.S. Justice Department is among those asking the appeals court to temporarily block the law, calling it a “blunt instrument” designed to “drive aliens out of the state.”

Farm labor shortages have been experienced in the state this year and many crops have gone to waste because of it, says Mac Higginbotham, commodity director for the Alabama Farmers Federation.

Even before the new law, says Higginbotham, it was difficult to find farm labor. “We just don’t have many people who apply for agricultural jobs, and it has always been a constant struggle for growers to hire and try to maintain a skilled workforce. It’s hot work, it’s difficult work, and most people just don’t want to do it,” he says.

Most specialty crop producers, he adds, are hiring for only a short period to begin with, making the situation even more difficult.

It is now the law

“It’s the law now in Alabama, and we’re working with our farmers to help them comply with it. There are some good ideas in both the U.S. House and Senate to help improve the guest worker program, so we’re hoping for some relief from Congress,” says Higginbotham.

Alabama’s strict new immigration legislation wasn’t passed until about halfway through the 2011 growing season, so it may be next year before some growers feel the full impact, he says.

The problem now, says Higginbotham, is that farmers can’t plan adequately for next season.

“Producers of fruits and vegetables are having a hard time making their plans for what to plant next season because they don’t know where the labor force will come from. It’s always a large investment and a risk. But it’s even more of a risk when you’re not sure if you’ll have the labor to harvest the crop,” he says.

In a seminar held earlier this year in north Alabama to discuss Alabama’s new immigration law, an attorney advised growers not to expect the courts to block the sections of the law that are most relevant to them.

“Pending lawsuits do not challenge the provisions that would likely be more important to you,” says Ted Hosp, an attorney with Maynard, Cooper and Gale. “Therefore, it is extremely important that as of April 1, 2012, you enroll in and use E-Verify.”

One of the challenges of the new law is that it doesn’t provide an option for existing workers to obtain legal work visas, said Hosp.

“Once an employee is here illegally, it is next to impossible to make that worker a legal worker.”

Paul Schlegel of the American Farm Bureau Federation urged growers at the seminar to tell their legislators how the new law is affecting their businesses, in hopes that state lawmakers will pressure Congress to develop an effective guest worker program.

Recently, key Republican state senators in Alabama have hinted they might consider changes in the law when the legislature convenes in February. One senator said there was “wide agreement” that the bill had several unintended consequences.

A study issued in February by the Pew Hispanic Center, a non-partisan research organization in Washington, estimated that 95,000 unauthorized immigrants worked in Alabama in 2009 and 2010, making up about 4.2 percent of the state’s labor force. Of the estimated 11 million illegal immigrants in the country, some seven million are in the job force.