BASF is working with beneficial nematodes for control of a key fruit pest; the technology holds promise for other crops. 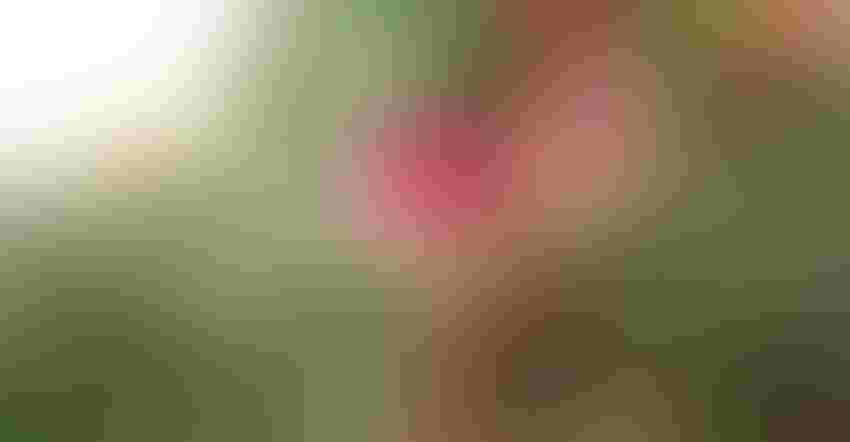 INNOVATIVE CONTROLS: Codling moths are the bane of apple producers across the country, but a new approach using beneficial nematodes — you read that right — may help control this problem insect. redstallion/Getty images

There's a rising interest in biological controls for agriculture. But the term "biological" covers a wide swath of tools, from bacteria to tea tree oil to insects and even nematodes. For the average corn and soybean farmer reading that sentence, the idea of a beneficial nematode may be a surprise, but they exist.

"These are natural enemies, and they're found in the soil," she explains. "We isolated the nematode from the insect. It was initially found in the codling moth larvae."

Understanding the interaction of pests in their environment is a key to finding effective biological controls. In this instance, the nematode is a natural control element that can maintain the population of codling moth. Obviously, not enough in nature to help the average orchard owner.

BASF has been able to isolate that natural control, and work to propagate it and then provide it to the farmer in a form they can use to apply it on their farms. "The beneficial nematodes are safe to use," Londoño adds.

As Londoño talks, you can hear her enthusiasm for the development of this approach to pest control. BASF is using beneficial nematodes in other parts of the world to control pests, including nematodes for slug control in some crops. This new use for codling moth can help farmers keep that population under control and reduce the use of synthetic insecticides.

"The nematode has an interesting relationship, where they can find the insect and they work as a living insecticide," she says. "Basically, they are entering the insect through any hole — and after that, they start destroying the insect."

The world of insects and bugs is more vicious than the world of mammals. When beneficial insects go to work, it's often inside the target host, working to either lay eggs inside that kill the target — or in this case, the nematodes get right work on the larvae.

BASF has a product in Europe — Nemaslug — that controls slugs and snails, which are a significant problem in that part of the world. The use of a natural predator has value.

When a farmer hears the word "biological," the first question that may come to mind is "How do I apply it?" Londoño explains that BASF took on that challenge as part of the development of these beneficial nematodes. "We have developed our nematodes to be easy to use with the equipment the grower already has," Londoño explains. "Growers can apply the product to the soil and the base of the tree trunk using their sprayer, and the nematodes will seek out the codling moth larvae."

This is an approach designed to reduce the codling moth population in the following year. The nematodes — once they've done their job and reduced the population — will decline in numbers due to the lack of food. The nematodes must be reapplied the following year to keep codling moth under control. This technology is used in tandem with other tools the farmer has available to control the pest — including synthetic insecticides for the moth itself.

BASF is expanding its work with biological approaches, balancing the challenge of using a "live" product in a conventional system. To make sure the bio-product is effective at application time, the company has research and development sites in more than 10 countries around the world to support growers. The sites can safely deliver living products to growers in shorter shipping times.

For the growers Londoño works with, the storage conditions are nothing new. "Growers struggling with codling moth are already using biologicals, a virus and Bacillus thuringiensis products that control other stages of the codling moth. Those need to be refrigerated, too," she says.

The use of biologicals is expanding across a wide range of crops. The codling moth use of beneficial nematodes shows that the innovation in this area is just beginning. You can learn more about BASF work in the area by visiting agriculture.basf.com.