USDA ARS scientists have developed a yeast strain that can be used on corn stover and crop residues. 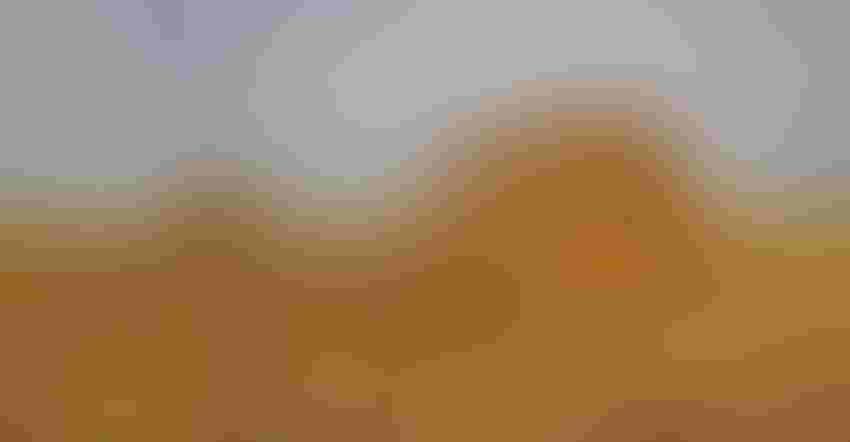 ETHANOL FROM RESIDUE: USDA Agricultural Research Service scientists have developed a hardy yeast strain that can lower the enzyme cost of cellulosic ethanol production. It has the potential of making cellulose-based ethanol using corn stover or other crop or forestry residue more cost-efficient to produce, according to USDA ARS.Bulgac/Getty images

Yeasts play a key role in converting, or fermenting, sugars from plants into ethanol fuel. But not all yeasts are created equal. Some are better fermenters than others because they can tolerate the harsh conditions of the bioreactors in which they’re used.

Cornstarch has long been a leading source of simple sugars that can be fermented into ethanol fuel as a cleaner-burning alternative to gasoline. However, there are many competing uses for the versatile commodity, prompting researchers and fuel makers to focus on alternative sources — perennial grasses, forestry byproducts, and crop residues like rice straw and corn stover among them.

To get to these sugars, the “brick and mortar” of plant cells — cellulose and lignin (a.k.a. lignocellulose) —must first be broken down using enzymes or diluted acids.

However, this produces furfural and other chemical byproducts that are harmful to the yeasts, hobbling their ability to ferment sugars released from lignocellulose.

The strain is the toughest of the tough selected by the researchers from a natural population of Clavispora yeasts originally found growing on sweet sorghum. This toughness includes heat tolerance, fast growth and an ability to detoxify harmful byproducts like furfural while producing ethanol.

The yeast strain also makes its own beta-glucosidase, an enzyme which catalyzes the breakdown of simple sugars like glucose from lignocellulose so they can be fermented into ethanol. This eliminates the need to add beta-glucosidase “and lowers the enzyme cost of cellulosic ethanol production,” explained Z. Lewis Liu, a retired molecular biologist formerly with the ARS center’s Bioenergy Research Unit in Peoria.

That’s kind of a big deal — so much so that ARS patented the yeast strain for use in lignocellulose-based ethanol production systems, whose enzyme costs are typically 10 times those of starch-based ones.

Laboratory trials conducted by Liu, ARS chemical engineer Bruce Dien and their collaborators prove the yeast strain’s superstar status as a fermenter of sugars from lignocellulose-rich sources like rice straw and corn stover.

Liu said that although the Clavispora yeast doesn’t ferment all types of simple sugars available from lignocellulose sources, it still has the potential to reduce the cost of producing ethanol. Additionally, the genetic makeup behind the yeast’s unique combination of traits could yield important clues to improving the use of other microbial strains in lignocellulose-based ethanol production systems.

The key, Liu added, will be making critical process engineering improvements to the bioreactors now being used, including their ability to stir the cellulosic mix with high loads of fermentable solids.

Source: The USDA Agricultural Research Service is solely responsible for the information provided and is wholly owned by the source. Informa Business Media and all its subsidiaries are not responsible for any of the content contained in this information asset.