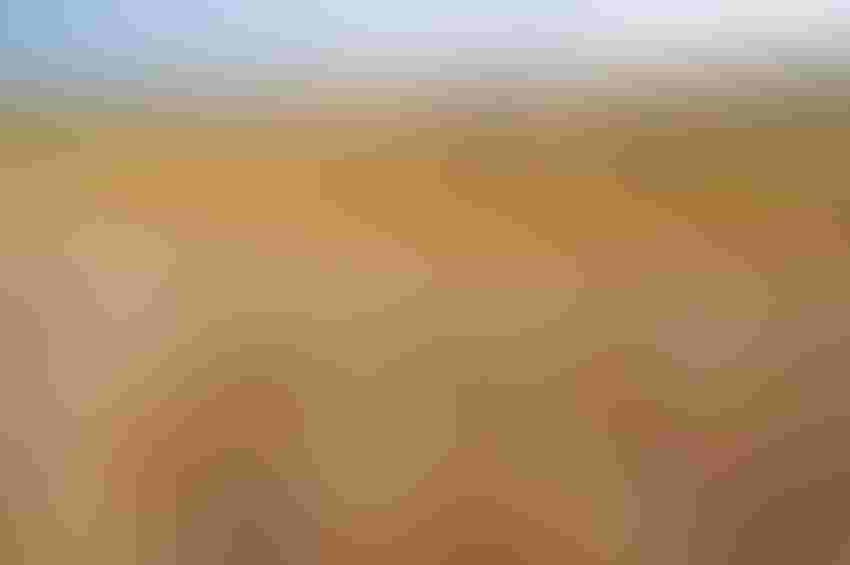 Hybrid rye isn’t the same plant as cereal rye that’s grown as a cover crop—it’s grown as a third crop that’s harvested as feed for hogs and dairy, marketed to distilleries or ethanol plants, or sold as a cereal grain for human consumption.

A rep of German company KWS Seeds spent 10 years helping grow the use of hybrid rye in Scandinavia and the Baltics—from little use to now a significant crop in many Scandinavian farm operations. He thinks the same transformation can occur in the Midwest U.S. to move thousands of farmers beyond a corn/soybean rotation.

Hybrid rye. It’s not the cereal rye Midwest farmers plant in the fall as soil-building cover crops and then terminate the next spring.

Hybrid rye—every bit as winter-hardy as the cereal rye being used for cover crops—is planted in the fall, but it isn’t killed in the spring. It’s grown as a winter crop that’s harvested the following summer, and it could be the small grain many Midwest farmers have been looking for to insert into their corn and soybean rotation for a more sustainable operation. Since the crop is planted in the fall and harvested sometime in July or August, it’s a crop that could help also to spread the workload and make better use of both machinery and manpower.

High-yielding hybrid rye is widely used in both hog and beef rations in Europe.  Because of its high dietary fiber content (probiotic profile) it has become an important tool for hog producers to improve health and reduce antibiotic use. The high dietary fiber satiates sows in the gestation period and also calms animals in general.

Hybrid rye is known as the most healthy cereal grain and is popular across Europe for human consumption. It’s a third crop with excellent feed value that could be grown by Midwest farmers. They could also be supplying locally produced hybrid cereal rye to distilleries, instead of having the rye imported from other countries.

That’s the message Claus Nymand, hybrid rye product manager for KWS Cereals in the U.S. and Canada, is trying to get across to corn, soybean and hog producers throughout the Midwest. “There was no market for hybrid rye in Scandinavia, and it took us 10 years to get it going,” Nymand says. “My hope here is to have the feed industry understand the potential and the benefits to using hybrid rye in hog and dairy rations within the next five years, and to build the infrastructure within the grain industry to store hybrid rye and have a stable supply. If we can align a demand from hog producers with a supply from row crop farmers, there’s a great potential for hybrid rye production in the Midwest.”

“Hybrid rye has the same amino acid composition as corn, and protein content similar to corn,” Nymand says. “But the starch in rye is very different, and it’s what makes the difference in animal health and in human health. Not many farmers have their own feed mill, but when we speak to farmers who mix their own feed, they’re interested in growing and feeding their own rye. There’s also interest from some dairy producers who see potential in double cropping and using hybrid rye silage.”

Iowa farmer grows hybrid rye
Western Iowa farmers Bryce and Brian Irlbeck of Manning, have 10 years of cover crops under their belt, and are in their third year of growing hybrid rye as a crop. They’ve planted about 60 acres of hybrid rye each fall after corn harvest. They combine the rye the following August, which allows them enough time to establish a multispecies cover crop in the rye stubble that builds healthy soils more quickly. Soybeans are then planted into the multispecies cover crop the next spring. A rye cover crop is planted after soybeans. That system keeps something growing in the soil most of the year and offers plant diversity—two major requirements for healthy soil regeneration.

“The multispecies cover crop supercharges the soil-building process,” Bryce Irlbeck says. “We’ve applied about 40 pounds of nitrogen an acre to the rye in past years and seen rye yields of 80 to 90 bushels an acre.  We put manure on this year’s crop and expect at least 90 bushels an acre.” The Irlbecks are working towards a sustainable organic farming system on the acres that fit that system, and like rye as part of that system. “We’re planning some wheat and barley in our rotations, too,” Bryce says. “When you introduce small grains into the corn-soybean rotation, you break up weed and disease cycles. One of our goals is to eventually use no herbicides.”

Midwest trials underway
KWS is working with USDA and universities to extend its trial network to performance test Midwest-grown hybrid rye in Minnesota, Nebraska and Wisconsin. University of Minnesota trials at several locations in southern Minnesota show recent yields of the KWS Brasetto variety have ranged from 105 to 143 bushels an acre. Preliminary yield data from the University of Minnesota shows European cultivars outpace the best North American germplasm by a third.

KWS also held field days this year in Iowa and Minnesota to show farmers “the difference in old rye and our new hybrid rye,” Nymand says. “The farmers at these field days said they were most interested in hybrid rye to prevent erosion and nutrient leaching, break resistant weed cycles, have a high-yielding crop with low inputs that also improves performance of other crops, and to spread the workload across the year.”

Pork producers at the field days were interested in the dietary fiber content with hybrid rye, especially for feeding to sows.  All agreed there was potential for profit if a market is developed to feed hybrid rye or market it for ethanol.

Manage like a corn crop
“You can’t seed this rye with an airplane like some do with cover crops,” Nymand says. “It’s a high-performing grain crop, and you have to manage it accordingly. Be as precise as you would with planting corn and soybeans—we don’t talk in terms of pounds per acre of seed, it’s sold in units of 1 million viable seeds—seeding rates are recommended between .6 and .8 units per acre depending on seeding time and conditions. Hybrid rye needs nitrogen, phosphorus and potassium, too—but hybrid rye has a big root system that uses 20% less water and takes 20% less fertilizer than winter wheat at the same expected yield level. We have a chart for nitrogen amounts according to expected yield.”

He says farmers use both tillage and no-till to plant hybrid rye. “It’s hard to argue against using a no-till drill,” he says. “But you do need to be sure the drill can handle the residue from the previous crop. The seeds need soil contact, but they can’t be planted too deep. We recommend a maximum of 0.8 inch.”

Nymand would like to see more farmers plant hybrid rye, but he isn’t recruiting farmers directly. “We have plenty of seed available through our two primary dealers,” Nymand says. “If you’re interested in growing hybrid rye, you can get seed from Albert Lea Seeds in Minnesota and from Yankton Seeds in South Dakota.”

Consumer driven in Europe
The Irlbecks believe their system with small grains and cover crops in the crop rotation will be sustainable, and they predict more farmers will grow hybrid rye and small grains in the future. “I don't think it will be driven by farmers, though,” he says. “Consumer demands will drive it, for healthier soils with less use of chemicals. The whole food chain will have to value a healthier environment; I don’t know if that will happen, but if it does, we’ll be prepared for it on our farm.”

Nymand says there is value to cropping systems that protect the soil and catch and use nutrients in the soil. “Consumers drove the use of more hybrid rye in the rotation in Europe,” he says, “for the environmental benefits.”