Slideshow; How three Iowa farmers are bringing old techniques and technology back into the field. 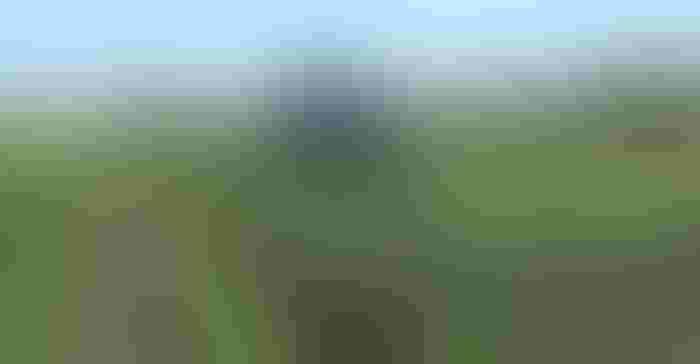 Interest in organic farming is growing; and as it grows, the need for farming knowledge from generations ago returns to the forefront.

Few farmers can speak more to the growth of organic agriculture than Nelson Smith. He’s been farming organically for 21 years near Brighton in southeast Iowa. He hosted a Practical Farmers of Iowa field day July 11 to share what he’s learned over the years.

“Since then, things have changed, and there’s a lot more interest in organic,” says Smith, “so now our soybeans go from here, down the highway and over to Washington, Iowa. We went from 4,000 miles to 15.”

Smith’s significantly shorter transport mileage on his beans is a testament to the growth of organics in the U.S. This growth has empowered others like western Iowa farmers Dean Schultes and Dustin Farnsworth to get into the game. Schultes has been farming near Dedham the last nine years, and Farnsworth farms near Adair in southwest Iowa, where he’s in the process of transitioning some of his acres to organic and harvested his first crop this fall.

Organic farming systems
Whether it’s adding hay, clover or a small grain crop to the rotation or planting into a standing rye cover crop, organic farmers have to get creative when it comes to controlling weeds.

One of the first steps for Farnsworth has been to add additional crops to lengthen his rotation. While including nitrogen-fixing green manure crops like red clover helps with fertility, he says another goal is to help reduce weed populations. “The idea is, the weed seeds are germinating and growing, and then you’re cutting the weeds off during hay harvest and reducing the seedbank,” says Farnsworth.

While adding solid-seeded crops like small grains, clover or hay can help with weed populations, in a corn or soybean year, mechanical cultivation is the main tool for weed control. While there’s certainly plenty of unique weed control equipment out there — like flame weeders and mechanical weed pullers — three main types of equipment dominate the scene: the harrow, the rotary hoe and the cultivator.

Harrow
The first cultivation pass after planting corn or soybeans, if weather allows, is commonly made by some type of harrow. Many times, this pass is made blind or before the crop emerges. You want to rearrange the soil just above the planted seed and bring up weed roots, so they dry out on the surface.

Farnsworth, Schultes and Smith all have different types of harrows. Schultes has a five-section spike-tooth harrow, which is the most aggressive of the three. These are often sold at auction for cheap, but they require a bit more upkeep. “People who are starting out or [have] smaller farms can’t afford the more expensive harrows on the market,” Schultes says.

Smith, on the other hand, has had years of experience, and recently decided to purchase a Treffler tine weeder, a 30-foot machine with 324 tines. This year was Smith’s first full year using the Treffler, and it’s changed the way he thinks about weeds. “It’s an early-season machine: You don’t wait until your weeds are up,” Smith says. “If you wait too long it won’t get them out; it’ll just comb them like you comb your hair.”

Smith uses a rye cover crop for additional weed control and says the residue management can be an issue with cultivation, but he manages the cover crop accordingly. “The weeder will handle a lot of residue if the rye is cut up into small pieces,” says Smith. “We disk the rye; I actually disked it an extra time. If it’s cut short, it’s amazing what will go through there.”

Farnsworth has a 40-foot flex-tine harrow. He wanted more tines but something a little less aggressive than the spike tooth, and the flex-tine harrow offered a compromise. He says a tool with as many tines as Smith’s weeder would be nice but agrees with Schultes that this type of equipment might be out of the price range of beginning farmers.

Timing
Like other parts of farming, timing is everything when it comes to cultivation. Sometimes it’s just too wet after planting, and you can’t even get a harrow pass in on some fields.

“Wet years are an organic farmer’s nightmare because you can’t get out there and work on those weeds, but the weeds can still grow,” Smith says. “Weeds love a wet year, because there’s nobody coming out there with a cultivator trying to kill them.”

When it’s dry enough, Schultes likes to get in with the harrow four days after planting, but it’s very dependent on weather. If he sees a storm system is coming in on the fourth day, he’ll harrow on the third day.

Some farmers, like Smith and Schultes, can tell you their regimen in detail. But Farnsworth says farmers just getting started on organic like he has might jump around a bit and do different things to figure out what they prefer.

Rotary hoes
Today, rotary hoes are used more as lawn ornaments than for fieldwork. And, for the most part, a rotary hoe is a rotary hoe, and they aren’t super-expensive. After the crop emerges, usually an inch or two high, Schultes goes through his crop. The rotary hoe breaks up any hard-packed ground and lets him hit any in-row weeds one last time.

“You just have to go out and try it. If you’re pulling way too many corn plants out, then obviously hoeing isn’t the right time to be doing it,” says Schultes, “but if you have one here and one there, that’s pretty typical.”

Smith no longer uses his rotary hoe; he thinks the Treffler tine weeder does the same job but better.

Cultivators
“Your first pass with a cultivator is probably the most crucial time,” says Schultes. “When I see weeds, it’s go time — I have no set height or growth stage on corn or soybeans.” He has a Deere AT-40 front-mount cultivator with rolling shields and Einbock finger weeders, and usually runs this tool about three times in both corn and beans.

At the end of the day, though, cultivating is about keeping the crop ahead of the competition with whatever weeds are there. If you help the crop outcompete weeds for the first six to eight weeks, you may have a weedy field, but you’re probably going to have nice yields. “Part of organics is the canopy; you need to get the crop up and growing and shading out weeds,” says Smith. “That canopy will help you more than anything else.”

Stay tuned for a video series from Practical Farmers of Iowa this winter on controlling weeds in organic systems on the PFA website, practicalfarmers.org.