Residue removal by baling or grazing reduced corn and wheat yields in a USDA ARS trial in North Dakota. 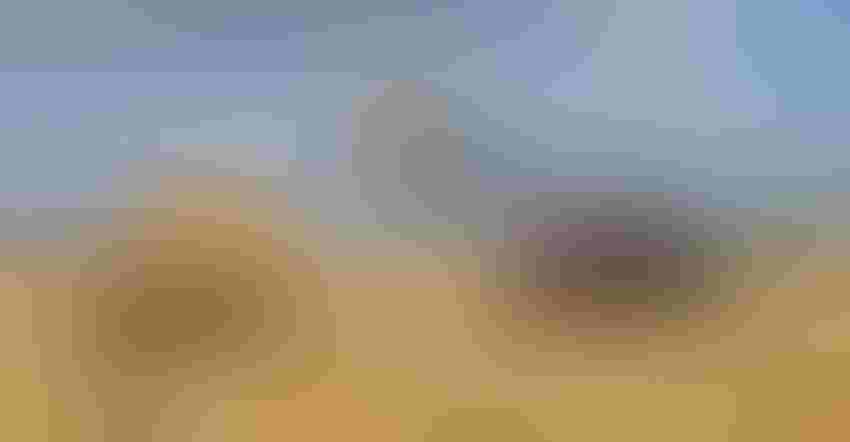 How much yield will you lose from next year’s crop if you bale or graze the residue from this year’s crop and remove it from the field?

There have been studies done in Nebraska and Iowa that show you can get away baling and removing corn stover occasionally without hurting subsequent crop yields, but there haven’t been many studies until now of what happens in the drier parts of the Northern Plains.

The USDA ARS Northern Great Plains Research Laboratory at Mandan, N.D., recently reported results from six years of a long-term study on the topic its scientists are conducting. The trials involve the following three rotations:

Within each rotation four residue treatments are being studied:

The entire study is being done using a no-till system. The treatments are being replicated four times.

Results from 2010-2015 showed significant corn grain yield reductions in three of the six years when baling and removing the wheat straw (WHARV) and when removing the residues from all of the crops (ALLHARV) compared to no removal (NONE), reports Dave Archer, one of the lead scientists.

The largest reductions occurred in 2013 where the WHARV and ALLHARV treatments resulted in corn yield reductions of 29 and 33 bushels per acre, respectively, compared to no removal (NONE).

The average corn grain yields over the six-year period were 14 bushels per acre lower with WHARV and ALLHVARV than no removal (NONE).

Residue removal effects on crop production were immediate, too. Significant yield impacts appeared within the first three years of the study.

“It is also interesting that significant yield reductions only occurred with baling and removing residues (WHARV and ALLHARV), but not with grazing (ALLGRZ),” Archer says.

The yield reductions do not appear to be related to soil macronutrient differences, as soil tests were conducted annually on each plot for nitrogen (N), phosphorus (P) and potassium (K), and fertilizer was applied annually based on these tests, Archer says. During the six-year period, no differences in N, P, or K were noted that would require additional amounts be applied to the WHARV or ALLHARV treatments compared to NONE.

The yield impact from residue removal may be related to water availability due to the effect of crop residues on reducing water losses and trapping and retaining snow.

“We will be monitoring soil moisture effects as the study is continued,” Archer says. “Other soil effects which could influence crop yield such as organic carbon, mineralizable nitrogen and secondary macronutrients are being measured with intensive soil sampling every three years. Soil outcomes will be evaluated in future analyses.”

There were no significant rotation or removal effects were found for dry pea yields.

The only significant effect on spring wheat yields occurred for ALLGRAZ, compared to NONE in the wheat-pea rotation. There was an average yield reduction of 6 bushels per acre with grazing compared to no removal.

“This was likely due to higher weed pressure in the grazing treatment, since grazing was sometimes used in place of post-harvest herbicide applications in the ALLGRZ treatment,” Archer says.

Harvesting crop residues in the wheat-field pea-corn rotation led to $25 to $26 per acre reduction in net income.

“Results from this study suggest that producers should take grain production effects into consideration when making decisions about whether to harvest crop residues,” Archer says.