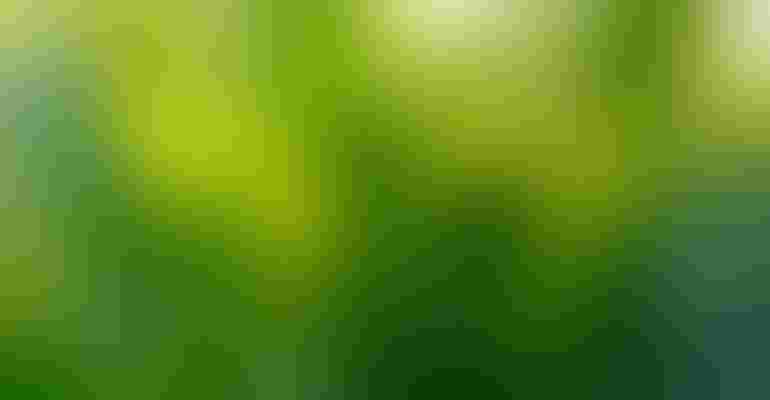 Nitrogen (N) is a macronutrient for corn, as is phosphorus (P) and potassium (K), and while N is one of the most common elements on earth, N deficiency may be the most common nutrient issue farmers experience. Nitrogen is a major component of amino acids, which function as the building blocks of proteins. Perhaps the major role it plays in all plants is as a component of chlorophyll, the green pigment in plants, that is essential for photosynthesis. Adequate N availability in corn allows the plant to reach its genetic yield potential.

In the soil, N exists in three forms, organic N, ammonium ions (NH4+), and nitrate ions (NO3-). Organic N is contained in organic matter in the soil, in crop residues, and in the microbial community within the soil. While the organic N may make up most of the N in the soil, it is not available to plants until it is converted by microorganisms through a process called mineralization. Mineralization is the process where organic N is converted to ammonium or nitrate ions that can be taken up by the plant. During the growing season, ammonium is quickly converted to nitrate, which is referred to as nitrification. Nitrate is the main form of N taken up by the plant.

An estimate of N requirements for corn is 1 lb of N is needed for every bushel of grain produced, so a 200 bu corn crop would require 200 lb of N. A relatively new concept in N application rates is referred to as maximum return to N. An online tool available  to use the Corn Nitrogen Rate Calculator, to help determine N rates.

While hosted by Iowa State University, data from many states are hosted on this site. With this tool, production type, rotation, fertilizer product and price, and expected corn price are used to determine the most economical N application rate. This tool is used only for guidance and seasonal adjustments can be made using various in-season tools.

There are many forms of N fertilizer that are available, with urea being the most common. Urea has a high N content at 45% and is very rapidly converted to nitrate. Urea ammonium nitrate is also a common form utilized with an N content of 28 to 32%; this is a common form used in side-dressing applications as well as in starter fertilizers. Ammonium sulfate is a soluble form of N that provides both N (21%) and sulfur (24%). Anhydrous ammonia has the highest N content of any of the available products, with 82% N. Ammonium nitrate is a salt that contains 33% N and contains both ammonium and nitrate forms of N. Mono-ammonium phosphate (MAP) contains 11% N, 52% P, and a small amount of sulfur, and is often used as a dry starter fertilizer. Di-ammonium phosphate (DAP) is a dry formulation that contains 18% N and 46% P.

The N content in manure can vary from about 0.4 to 0.8% for manure in a liquid and from 0.8 to 2.7% for solid manure. Poultry manure has the highest N content in either liquid or solid forms. As the N content can vary in manure, it is wise to receive an analysis to determine the N content. Incorporating the manure into the soil immediately after application will provide the highest amount of N to the plant from the manure.

Residual N from Legumes in the Crop Rotation

Soybeans contribute N to the soil, and therefore less N is needed for the following corn crop in the rotation. While it is difficult to estimate a specific amount for the N credit from soybeans, as it is dependent on soil type, growing conditions, and soybean yield, the general consensus is that 25 to 45 lb less N is needed following soybeans. Since there is quite a bit of variability in the N credit amount, consult with your local Extension office for the credit amount for your area.

The yellowing or chlorosis of the older leaves in a spear point appearance is an indication of a N deficiency (Figure 2). A shortage of N at emergence until V6 can result in a weaker root system, particularly after V4 as the plant makes the transition from seed resources to soil-based resources. During V6 to V18, when the stem is actively elongating, if adequate N is not available, vigor can be reduced, the root system can be stunted, and the uptake of other nutrients (particularly K) may be reduced. This can have negative consequences for photosynthetic efficiency. A decrease in photosynthetic activity can reduce kernel numbers and, if severe, result in kernel abortion. Kernel row number is determined by V8 and a N deficiency before this stage will reduce the amount of kernel rows. Additionally, N deficiency during grain fill can result in remobilization of N from the stalks and roots to the developing kernels. This can result in weak stalks leading to infection by stalk rot organisms. 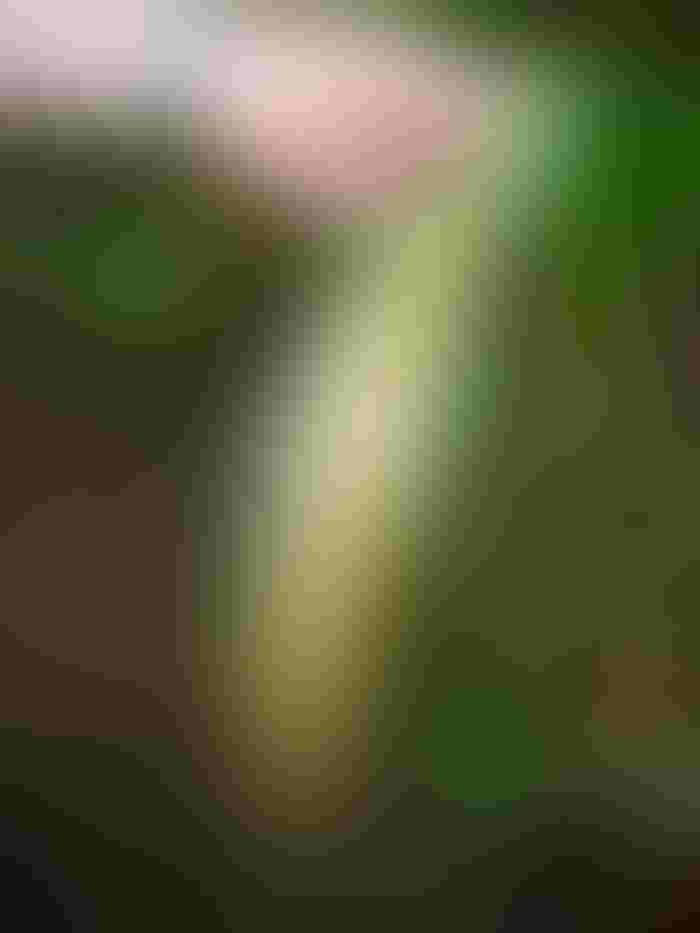 Nitrogen is the most important plant nutrient in determining the final grain yield. A long-term research project conducted by Iowa State University demonstrated that corn yields will average only about 60 bu/acre in a continuous corn production system and only 115 bu/acre in a corn/soybean rotation without the addition of N. Providing adequate N increased yields to over 200 bu/acre.