Slideshow: Seed companies offer options as Midwest SCN populations begin to adapt to the PI 88788 line of resistance in soybeans. 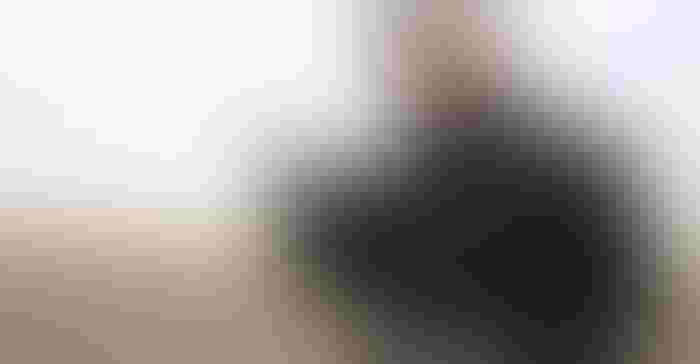 Soybean cyst nematode is starting to feed on the leading SCN-resistant soybeans in the Midwest. This wave of resistance potentially puts variety selection, one of the foundational tactics for fighting the No. 1 yield-limiting pest in Illinois soybeans, in jeopardy.

Rotating with nonhost crops such as corn is another essential tactic. Farmers can also treat seed or buy treated seed. Both strategies are becoming more important for preventing yield loss, says Matt Montgomery, central Illinois agronomist with Pioneer. He and his company are surveying for what’s called an “HG type shift” across an SCN soil testing season that extends until the beginning of June.

“When we talk about HG type shifting, think of it as a population shift in the field toward those cysts that can feed on certain resistant beans,” Montgomery says.

Survey work indicates that Midwest SCN populations may be adapting, to some extent, to PI 88788, the most common mode of resistance deployed in commercial crops. Although there are more than 1,000 SCN-resistant varieties on the market, almost all of the varieties have this same source of resistance.

“We know there’s reproduction occurring over the 10% threshold on many of these so-called resistant varieties,” says Austin Scott, a certified crop adviser with Beck’s. “There’s still suppression if 40% or however many are still reproducing, but I wouldn’t call it resistant. And just think of how much you’re losing with that 40%.”

Related:Skip the seed treatment for SCN

Because of the declining efficiency of variety selection for fighting SCN, Beck’s is applying a biological nematicide called Nemasect to every soybean it delivers in 2019. With several modes of action that put pressure on both the nematodes and eggs, Scott is hopeful the treatment will help soybean yields this year.

Pioneer offers more varieties with the alternative PI 548402, or Peking breeding line, than any other seed provider. Breeders across various companies are also working on getting a line of resistance called Hartwig into commercial varieties, though options there are currently limited, as the resistant traits can bring varieties below the yield threshold breeders look for.

Montgomery defers to the University of Illinois Plant Clinic to conduct HG type tests to determine how a field is shifting. The test compares how well SCN reproduces on seven resistant breeding lines, including Peking and PI 88788, as well as a control with no resistance.

An HG type change could involve populations developing the ability to feed on resistant beans. But even if the genetic advantage is only present in a small number, over several generations, the genes responsible for the nematode’s ability to overcome the soybean’s resistance mechanism eventually take up a larger percentage of the population.

Understanding the kind of change that has occurred can help producers stay ahead of nematode adaptations, Montgomery says.

“When you get the results from an HG type test back, it gives you an indicator of how you should change management techniques, like maybe more corn for a couple years, since SCN can’t feed on it. Or looking at Peking. Or maybe seed treatments,” he says.

“For most people, until we see the result of our HG surveys, I don’t know if there’s an urgent need to HG type test, unless your gut is telling you something odd is happening,” Montgomery adds.

SCN can have a yield impact of anywhere from 5% to 20% per acre, caused by the females of the population creating large cysts emerging from the roots that divert resources from the rest of the plant. He says years with fewer stressors like drought would result in yield impacts on the lower end of the spectrum, but if yields are impacted more in spite of rigorous management and good weather, “you may want to look at HG type testing.”

“When we’re talking about tougher conditions, variable soil types that maybe aren’t quite productive anyway, anything else that could stress the plant — that’s what makes the yield impact more severe,” Montgomery says. “But what influences population is the field’s crop history: Winter annual weeds can be hosts, and of course, beans after beans would lead to a larger SCN population.”

He recommends not planting beans and planting corn for an extra year if the population of nematodes per 100 cubic centimeters of soil totals more than several thousand eggs. The population is too large at that point to control with annual rotation and variety selection, so several years of corn or other nonhost crops such as alfalfa are the best way to cut the SCN population to a manageable size.

“In really bad situations, you can kind of see a chlorotic yellowing of the leaves. But those are usually the exceptional populations. You can have no aboveground symptoms and still have yield loss,” Montgomery says. “Really, the best way to get a handle on your problem is to soil-test and understand how large the population is you’re dealing with.”

While testing for nematodes in corn is done in-season, the best time to look for nematodes in soybeans is before and around planting, and then after harvest. In-season, farmers can still scout and look at roots, as the pencil-point white cysts are visible to the eye.

“When I started in agriculture at University of Illinois Extension, we used to meet an SCN threshold before encouraging farmers to think about changing management. Now, any SCN is reason enough to start managing for it,” Montgomery concludes. “With type shifting, you’re going to see a lot more growers testing their soil and seed companies offering seed treatments.”

Join Montgomery in a search for nematodes by clicking through the slideshow below.