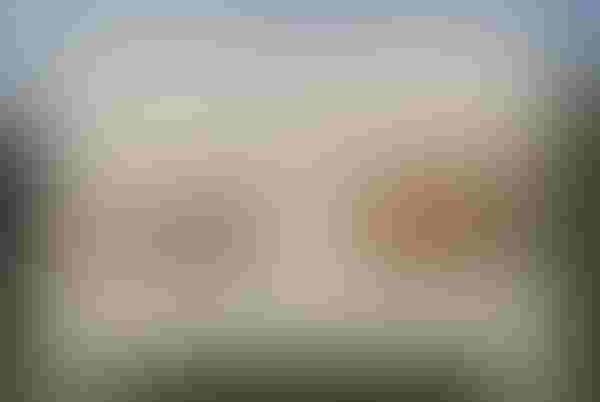 <p> The differences between ears and stalks (untreated versus Quilt Xcel at V5) were evident in these samples taken from a severely affected drought area in Kentucky. While the treated corn does not look spectacular in the ear comparison, it does show a real difference, Syngenta reports.</p>

Corn and soybean growers are using many tools to optimize yields,  including fungicides. As a result, the acres of fungicide-treated crops have greatly expanded. In response, fungicide makers have been building their portfolios to help farmers manage disease throughout the growing season. Here is a snapshot of what to expect over the next 24 months.

The fungicide translocates to newly emerging leaves and deeper into the canopy. It also provides coverage closer to the soil floor, where diseases like soybean white mold and gray leaf spot in corn start.

MANA also plans to introduce a combination strobilurin and triazole fungicide in early 2014.

In corn, Quilt Xcel, an azoxystrobin fungicide, may be applied as early as the V4 stage. Earlier application helps corn stand later in the season. “Growers can apply Quilt Xcel at the same time as Halex GT herbicide, which also offers the grower convenience,” Fisher says. Growers who applied Quilt Xcel last season were getting bigger ears and more tip fill with a 6- to 8-bu./acre yield bump, he adds. “Even 2.5 kernels per ear can mean an additional bushel per acre.”

Topguard received EPA registration for use in corn in 2012 and in soybeans in 2010. In these crops, Topguard is used alone, or in combination with other products, as a foliar spray to control several key diseases. In soybeans, for example, the fungicide controls strobilurin-resistant frogeye leaf spot and Cercospora leaf blight, says Deneen Sebastian, fungicide portfolio manager.

“The best way to solve a problem is to prevent it,” Sebastian says. “By the time a grower observes disease in the field, plant health is already compromised and yields may be in jeopardy. A program that relies on catching up with curative products is unlikely to restore lost yield or bring back plant health. Planned, early season disease management lays the foundation for healthy plants with minimal disease.”

Priaxor is BASF’s newest fungicide combining F500 (pyraclostrobin), the active ingredient in Headline fungicide, and Xemium (fluxapyroxad). There was a limited launch in 2012 for Priaxor for soybeans. A more aggressive launch is planned for 2013.

In corn, Priaxor may be applied between the V5 stage to tasseling to control several diseases, including anthracnose, gray leaf spot, Northern and Southern corn leaf blights, rusts and more.

BASF continues to expand its fungicide program to serve several markets, including corn and soybeans as well as alfalfa, cotton and specialty crops.